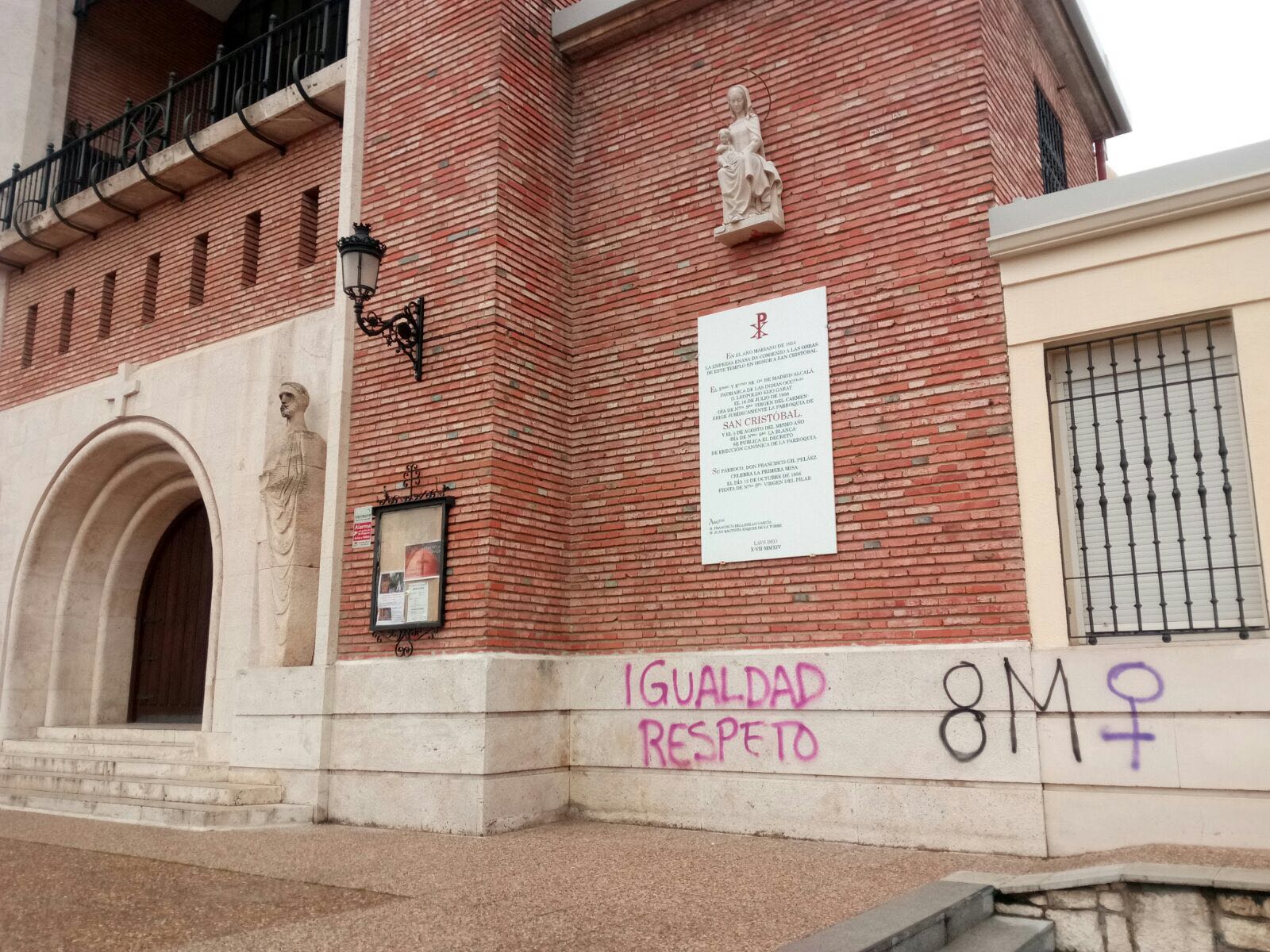 The Archdiocese of Madrid has condemned an “attack on the heritage of the faithful” after two churches in Madrid were covered in graffiti showing gender-related symbols and slogans defending abortion.

“The Archdiocese of Madrid expresses its sorrow and its forceful condemnation of these acts that harm social cohesion,” the statement after the churches of Espíritu Santo and San Cristóbal were attacked on International Women's Day. “True equality is founded on respect for all people and their beliefs.”

Some of the graffiti on the side of the churches read: “Abortion yes”, “Free abortion” and “Get your rosaries out of our ovaries”.

The Archbishop of Madrid, Cardinal Carlos Osoro, had expressed his support for the “feminist strike” that was organised in Spain to coincide with International Women’s Day, saying that he understood the actions of the organisers. He suggested that the Virgin Mary would support them because she embodied the “maximum expression of the dignity of women”.

Ahead of the strike a Spanish bishop used his radio show to accuse some radical feminists of being influenced by the devil. On his show Sexto Continente, broadcast by Radio Maria, the Bishop of San Sebastian Jose Ignacio Munilla said the decision to strike was taken by a wing of feminism that promotes “gender ideology.”

According to Bishop Munilla, the feminist movement divided into two different strands during the 1960s: “authentic, feminine feminism” and “destructive feminism manipulated by gender ideology.” The acceptable face of feminism for him was the “feminism of difference and complementarity”. Unacceptable was “egalitarianism feminism” which he claimed “establishes that men and women are the same and that differences are down to sociological reasons.” The activists behind the strike would belong to the second category, he said.

Bishop Munilla said that gender ideology was adopted under the influence of the devil, and in taking this path feminism had committed “harakiri,” making women themselves its main victims. This is the tendency that has – self-destructively – forced the feminist movement to defend the struggle for legal and free abortion rights as well as some “lesbian and bisexual causes”, he said.

Abortion is currently legal in Spain for up to 14 weeks of pregnancy.