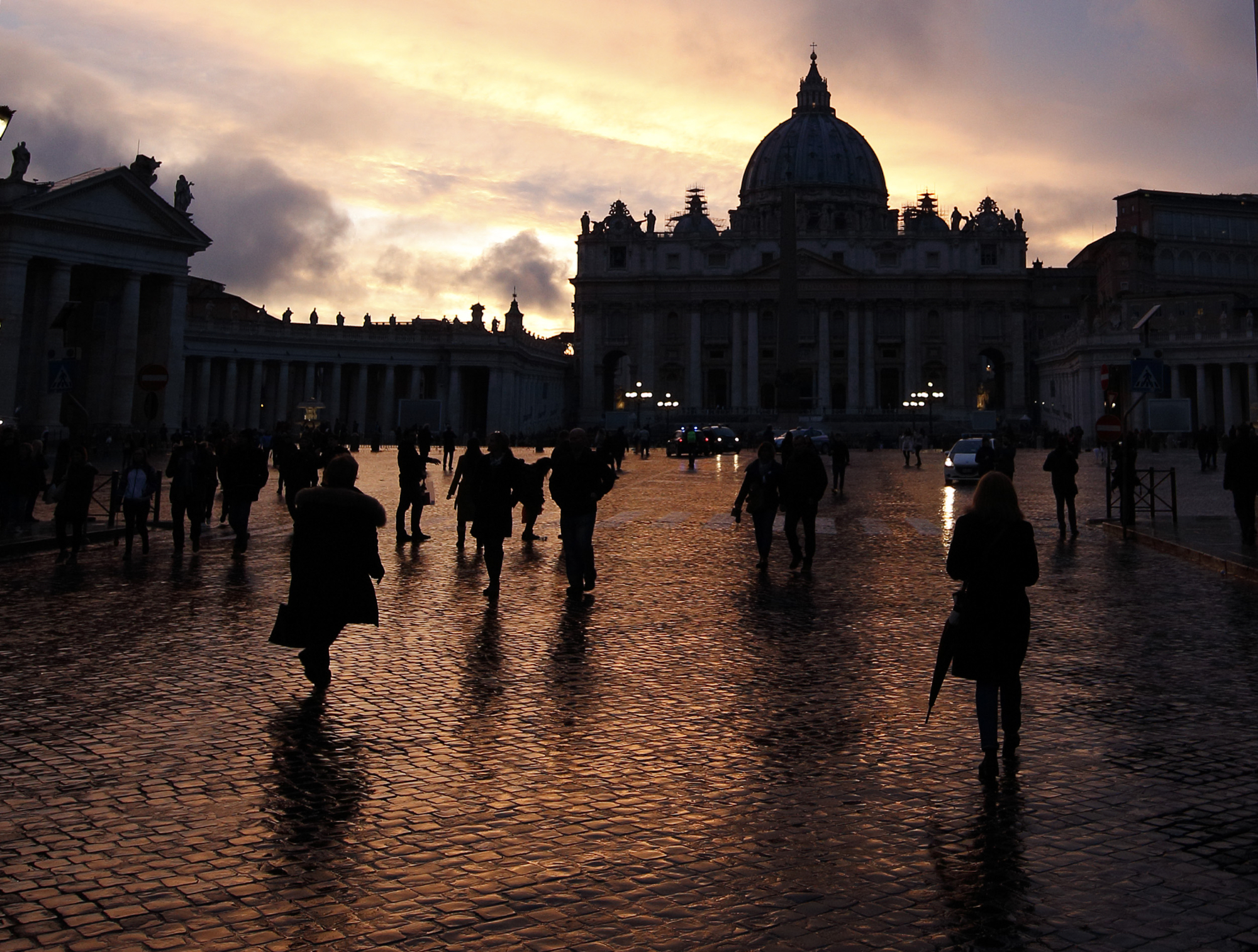 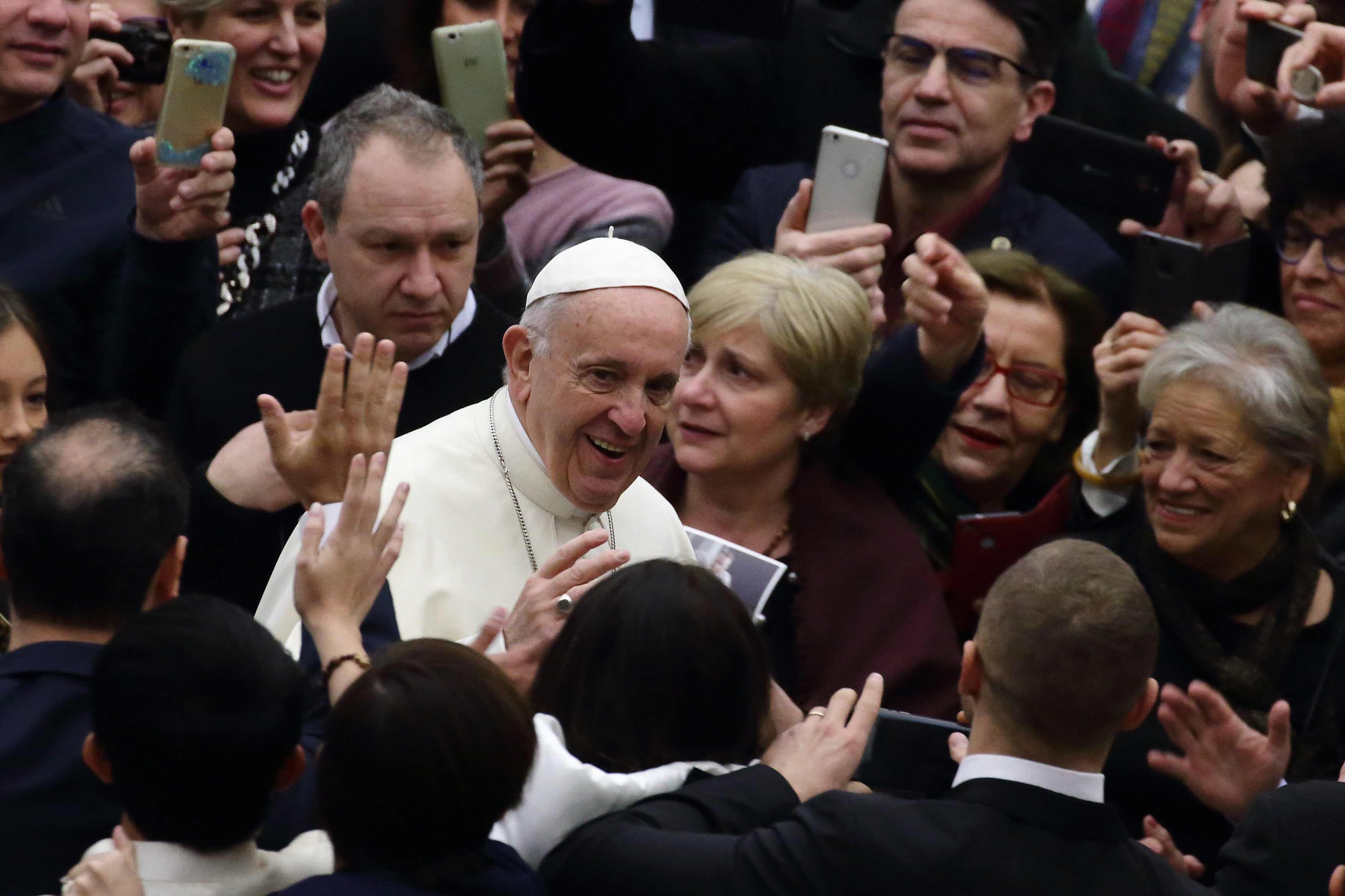 Five years after his election, most US Catholics still view Pope Francis favourably and believe he represents a major and positive change for the Catholic Church.

More than eight in ten – 84 per cent – of American Catholics questioned in a new survey said they have a “favourable” view of Pope Francis, which is virtually identical to the share who expressed a positive view of the pope after the first year of his pontificate. About nine out of ten described him as “compassionate” and “humble.” Nearly six in ten said he represents a major change for the better, according to the latest Pew Research Center survey.

More than half of Catholics surveyed, 55 per cent, said the priests at their parish were “very supportive” of Pope Francis, and an additional 23 per cent said their priests were “somewhat supportive”. Roughly one fifth of self-identified Catholics declined to answer the question or else said that they do not attend church often enough to assess the level of support for Francis among their parish priests. Just 2 per cent said their priests were “not too” or “not at all” supportive of the pontiff. 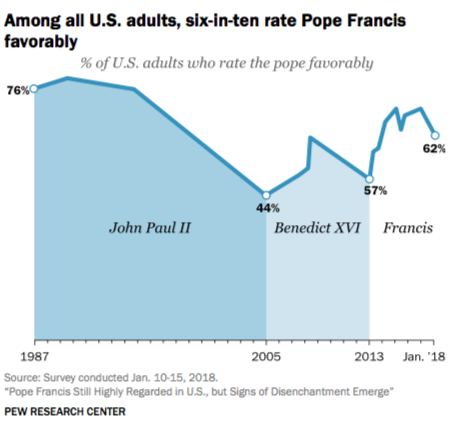 Overall, his popularity rating compared well to those of his two predecessors.

However, Pew also reported that he is drawing growing numbers of negative assessments, especially from Catholic Republicans.

According to the survey, there are signs of growing discontent with the Pope among Catholics on the political right, with increasing numbers of Catholic Republicans saying they view Francis unfavourably and that they think he is too liberal and naïve,

The proportion of US Catholics who say Pope Francis is “too liberal” jumped from 19 per cent in 2015 to 34 per cent today. Nearly a quarter said he was naïve, up from 15 per cent in 2015.

Over the same period, the share of American Catholics who give Pope Francis “excellent” or “good” marks for his handling of the sex abuse scandal fell from 55 per cent to 45 per cent.

The survey was conducted before the recent papal visit to Chile and Peru, which prompted new questions about the pope’s handling of this issue.

Also there is no evidence of a rise in the share of Americans who identify as Catholic (22 per cent in 2012, 20 per cent in 2017), and no indication of a Francis-inspired resurgence in Mass attendance. In surveys conducted in 2017, 38 per cent of Catholic respondents say they attend Mass weekly. By comparison, in the year before Francis became pope, 41 per cent of US Catholics reported attending Mass weekly.