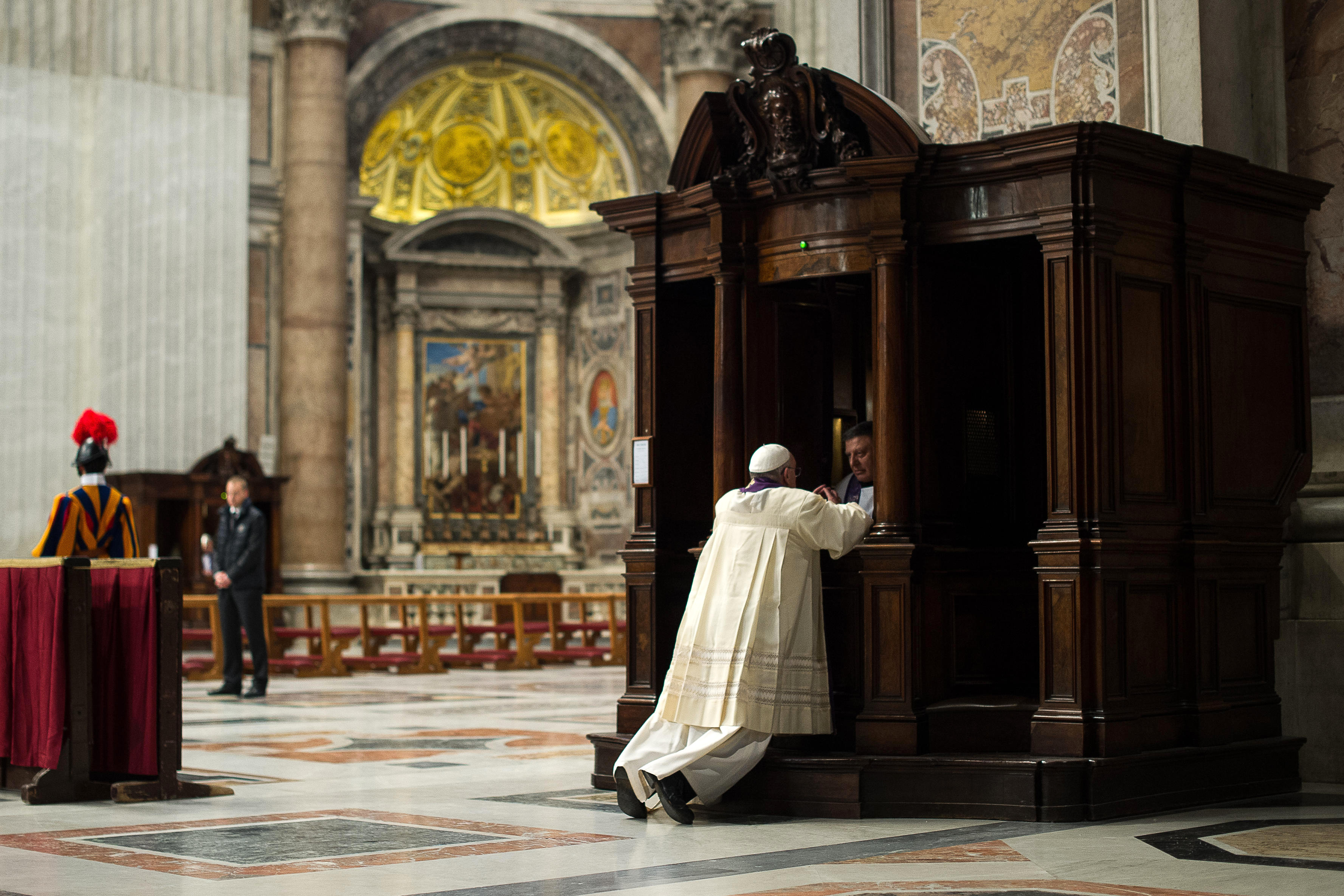 Apostolic exhortation on holiness due out at Easter 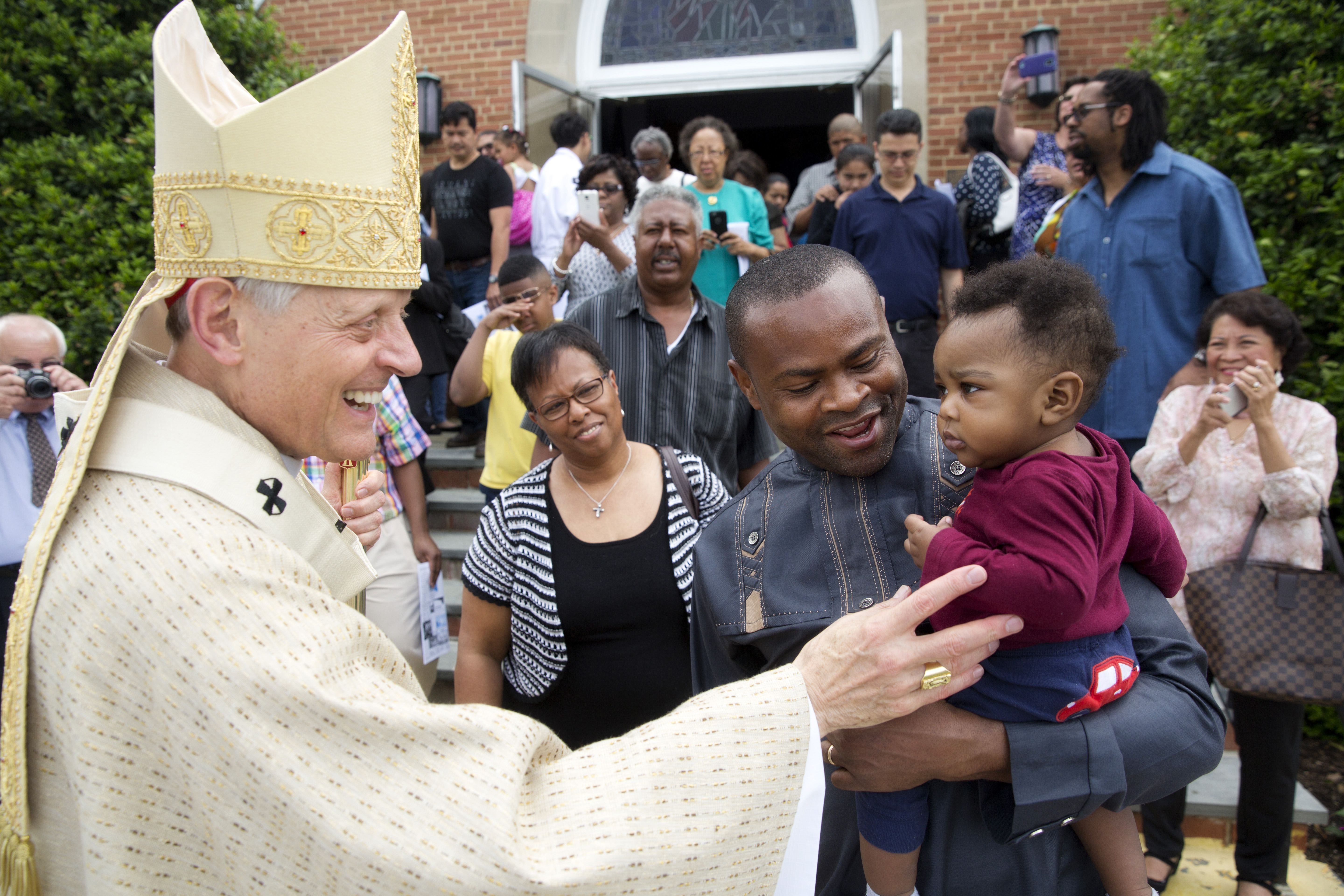 "'Amoris Laetitia' is a call to compassionate accompaniment in helping all to experience Christ's love and mercy," Cardinal Wuerl said in the 58-page pastoral plan.

Titled "Sharing in the Joy of Love in Marriage and Family," the pastoral plan was posted on the archdiocesan website late March 3. Cardinal Wuerl planned to officially introduce the document to the archdiocese with a special Mass March 4 at the Cathedral of St. Matthew the Apostle.

The Mass also was celebrated in preparation for the upcoming ninth World Meeting of Families. The international gathering will be held in Dublin Aug. 21-26. All of the themes chosen for workshops and panel sessions relate to issues dealt with in "Amoris Laetitia".

The apostolic exhortation, released April 8, 2016, brings together the results of two synods of bishops convoked by Pope Francis in 2014 and 2015 that examined challenges facing married couples and families in today's world. Cardinal Wuerl participated in both synods.

The archdiocese said the cardinal's pastoral plan is the first of its kind to implement "Amoris Laetitia" at the parish level.

Copies in English and Spanish were sent to all 139 parishes in the archdiocese in preparation for the March 3-4 release of the document. Cardinal Wuerl also encouraged priests of the archdiocese to read the plan and preach about it at all weekend Masses in their parishes.

"Reflecting on the implementation of 'Amoris Laetitia' in the Archdiocese of Washington, we begin first with the richness of the church's perennial teaching on love, marriage, family, faith and mercy," Cardinal Wuerl said at the beginning of his document. "Here we need to look at a significant teaching of the exhortation, namely, the understanding of the family as the site of God's revelation lived out in practice."

"Pope Francis' post-synodal apostolic exhortation … is rich in teaching on marriage and love. It also offers pastoral perspectives on how to live this beautiful message," he wrote in the preface of the pastoral plan.

The pope's document "invites a reflection on the right course of action in ministering to those who struggle to grasp and to live out the teaching" of the church, he said.

"The church wishes, with humility and compassion, to reach out to the people and families who struggle to live the teaching on marriage, and to help them to overcome obstacles through discernment, dialogue, and prayerful support and understanding to overcome obstacles," Cardinal Wuerl said.

"Some may ask, 'Is the teaching always binding?' The answer of course is yes," he continued. "Yet 'Amoris Laetitia' invites us to adopt a complementary perspective and to look with a parental attitude at those families who find themselves in a position where they struggle to even understand, let alone embrace fully, the teaching because of the concrete circumstances in which they live."

Cardinal Wuerl said his pastoral plan is "directed to parishes, priests, religious and laity" and is meant "to encourage reflection" on:

–"The richness of the church's perennial teaching on love, marriage, family, faith and mercy."

– "Several significant themes such as the new evangelization, the role of conscience, and the privileged place of the parish where we find and experience Christ's way of living and loving."

He said the plan "considers in detail the challenges that families encounter today in receiving the church's teaching on marriage because of the highly secularized cultural environment in which they live."

Today, he said, "there are many barriers to encountering Christ and appropriating the church's teaching." Among those barriers are secularism, materialism and individualism, all of which support "a prevalent and dominant relativism," he said.

"Because of this lack of cultural support, the ministry for encountering and accompanying families through a process of discernment and growth in the faith becomes essential," the cardinal said, "to the task of the new evangelization as we share Christ's love and truth in our homes, our communities and our world."

It is not enough simply for us to hear the church's teaching, he said. "We have to be helped to grasp and accept it."

"Prudential judgments of individuals about their own situation do not set aside the objective moral order," Cardinal Wuerl said, but "a decision of conscience to act in one way or another requires guidance and spiritual formation."

"Priests are called to respect the decisions made in conscience by individuals who act in good faith since no one can enter the soul of another and make that judgment for them," he noted.

The pastoral plan is divided into several sections: the teaching of "Amoris Laetitia"; "the way of faith and contemporary culture"; "the way of accompaniment"; and the importance of parish life.

"The home of pastoral accompaniment is the parish, where we can all experience the healing love and mercy of Jesus Christ," Cardinal Wuerl said.

"Accompaniment connects people with the relationships and resources needed to sustain and nurture family life and to heal the broken relationships that weaken or break family ties. The parish has a central role in making visible the Gospel vision for marriage and family life."

The "parish life" section has advice and suggestions for everyone in the archdiocese: pastors and "all brother priests in pastoral ministry"; parish leaders and staff, including deacons and women religious; youth; young adults; engaged couples; newly married couples; young families; older couples and adults; and families in special circumstances -- immigrant families, military families, families with loved ones who have special needs, ecumenical and interfaith marriages, singles parents and families of divorce, and families with loved ones who are experiencing same-sex attraction.

"The parish has a central role in making clear the Gospel vision for marriage and family life," Cardinal Wuerl said.

"Our parishes, as the sites where people most experience the life of the church, must be places of welcome, where everyone is invited, particularly anyone who might be disillusioned or disaffected by contemporary society or even by our faith community," he added.

In a section called "in service of the ministry of accompaniment," Cardinal Wuerl fills six pages with listings of archdiocesan pastoral resources and accompanying websites, as well as various resources from the U.S. Conference of Catholic Bishops.

Interspersed throughout the document are images of the Holy Family as well as photos of Catholic couples and families from all backgrounds shown attending Mass, praying at church, sharing a meal at the family dinner table, getting married and celebrating anniversaries, among other scenes.

"'Amoris Laetitia' is a call to compassionate accompaniment in helping all to experience Christ's love and mercy," Cardinal Wuerl said. "Neither the exhortation nor this pastoral plan presents a list of answers to each individual human concern.

"Rather," he said, "both call for a pastoral approach for many people -- married, single and divorced -- who are struggling to face issues in life, the teaching of the church, and their own desire to reconcile all of this."

The cardinal added: "In the action of going out, encountering, sharing and accompanying, we also recognize that in the journey, we -- ourselves -- are also drawing closer to the Lord. In all of our evangelizing, teaching, catechizing, counseling, admonishing, and instructing, we also experience both God's liberating truth and saving mercy."