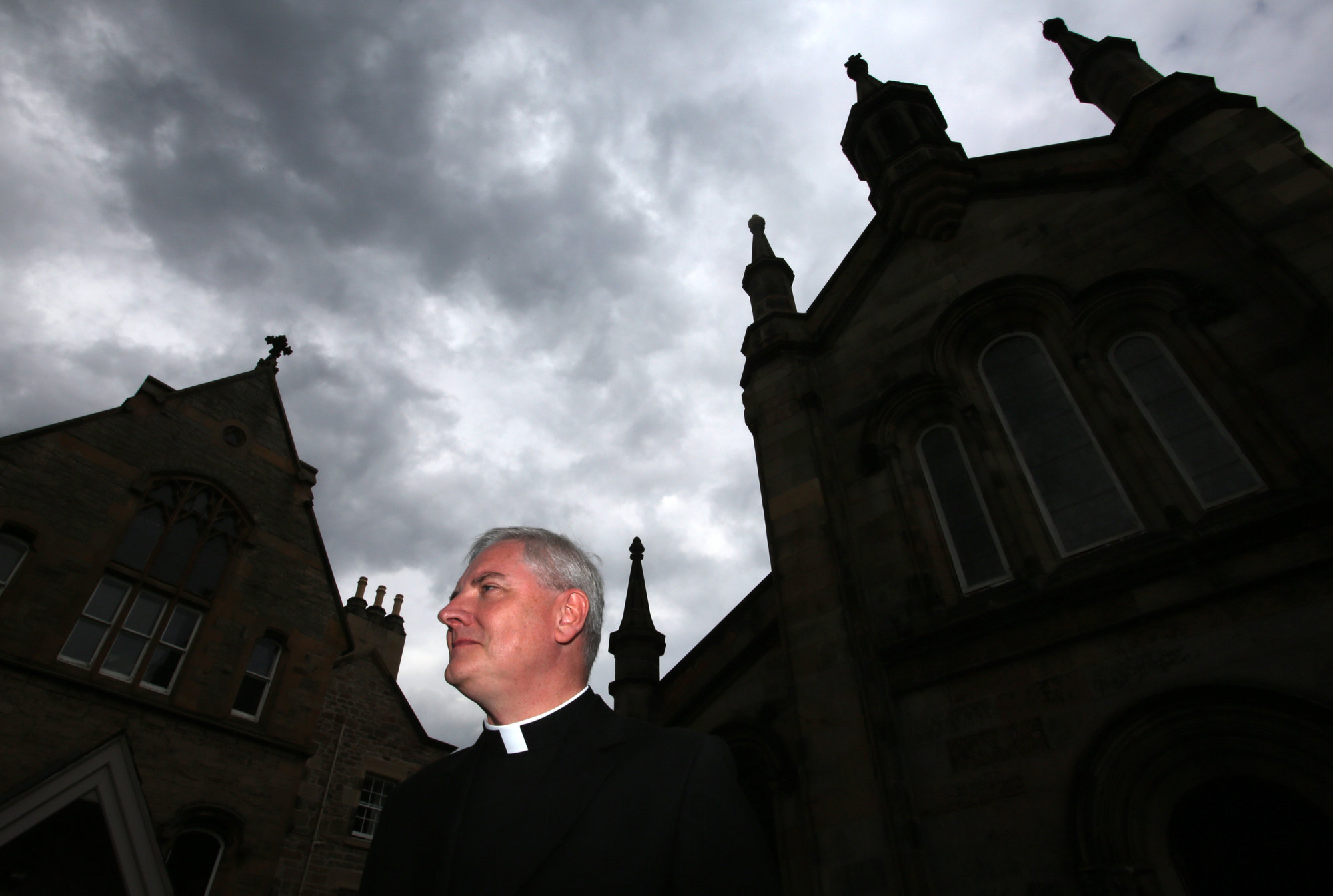 Cardinal Sean O’Malley, of the Pope’s child protection commission, has been tasked to work on the proposal 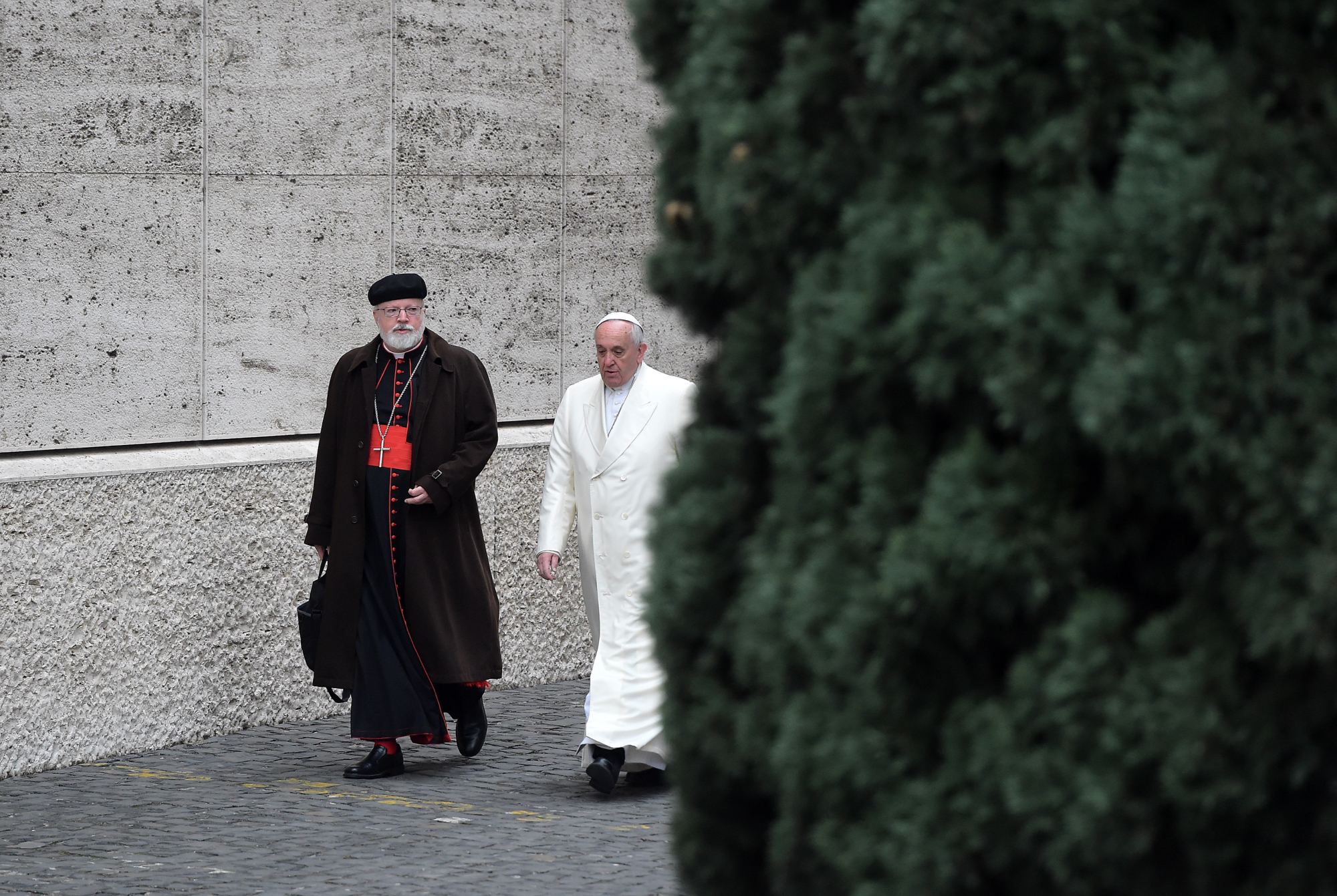 Pope Francis and his group of cardinal advisers are examining proposals over how to speed up the Church’s handling of priest sex abuse cases.

One option being considered by Francis' cabinet - known as the C9 - is the creation of courts around the world to help deal with a huge backlog that has overwhelmed the Vatican’s Congregation for the Doctrine of the Faith, the body that deals with them.

The proposal for the new tribunals would see them work under the direct supervision of the Vatican and would help tackle the 1,800 cases still waiting to be processed.

C9 member Cardinal Sean O’Malley, the Archbishop of Boston and the president of the Pope’s child protection commission, has now been tasked to work on the proposal.

During a lunchtime briefing with reporters on Wednesday, Vatican spokesman Greg Burke explained the creation of courts was one of the proposals being considered and that the prime objective is reducing the time that cases take.

Since 2001, the Vatican’s doctrine congregation has had responsibility for canonically assessing all cases of priests accused of abuse, examining claims for their credibility and then recommending courses of action against a priest including laicisation or removal from public ministry.

But since then it has been unable to keep up with the number of cases being sent through due to a lack of resources and manpower it takes months, and sometimes years, to process claims.

The discussions about speeding up of abuse comes as the Pope has faced heavy criticism for his handling of the crisis, in particular that of an alleged cover up by Chilean Bishop Juan Barros. Archbishop Charles Scicluna, who was chief prosecutor of sex abuse crimes at the Congregation for the Doctrine of the Faith, is now undertaking an inquiry.

A revamping of the abuse handling process comes after the Pope was accused of relying on poor advice on cases and not adopting a rigorous, procedures-focussed approach to safeguarding.

Francis has in recent weeks tried to wrestle back the initiate on abuse by appointing new members to his Pontifical Commission for the Protection of Minors and letting it be known that he meets privately with survivors on a regular basis.

The C9 - which includes cardinals representing different parts of the world - also looked at giving bishops’ conferences a more prominent role in the Church.

Of particular focus is the section in Francis’ programmatic encyclical “Evangelii Gaudium” which states that the status of these conferences in the Church’s life has “not yet been sufficiently elaborated. Excessive centralisation, rather than proving helpful, complicates the Church’s life and her missionary outreach.”

Throughout his papacy, the Pope has sought to push power away from Rome to local bishops while how to achieve a “healthy decentralisation” in the Church has been under close study by the C9. Francis has recently given more power to bishops’ conferences over liturgical translations and Mr Burke explained that a re-reading of John Paul II’s document on local hierarchies, “Apostolos Suos”, was now being undertaken.

That text gives authority to bishops’ conferences but also puts limits on the conditions that these bodies can issue binding doctrinal statements.

The council of advisers, set up following a recommendation during the pre-conclave meetings of cardinals before Francis election in 2013, is the Pope’s primary sounding board and has been undertaking a through review of the Roman Curia.

Meeting several times a year its proposals have led to the creation of new dicasteries in the Roman Curia, and has pushed forward on reforms to Vatican finances and communications. It was due to discussions in the C9 that led to the Pope setting up of his child protection body.

Along with abuse and bishops conferences, the group heard about progress the Vatican was making to reduce costs and balance its books, the possible creating a new human resources department, the training of papal diplomats and the work of the Dicastery for Promoting Integral Human Development.

PICTURE: Pope Francis (R) flanked by US Cardinal Sean Patrick O'Malley arrives to take part with cardinals and bishops at the extraordinary consistory before the nominations of new cardinals, at the Vatican on February 13, 2015 ©PA