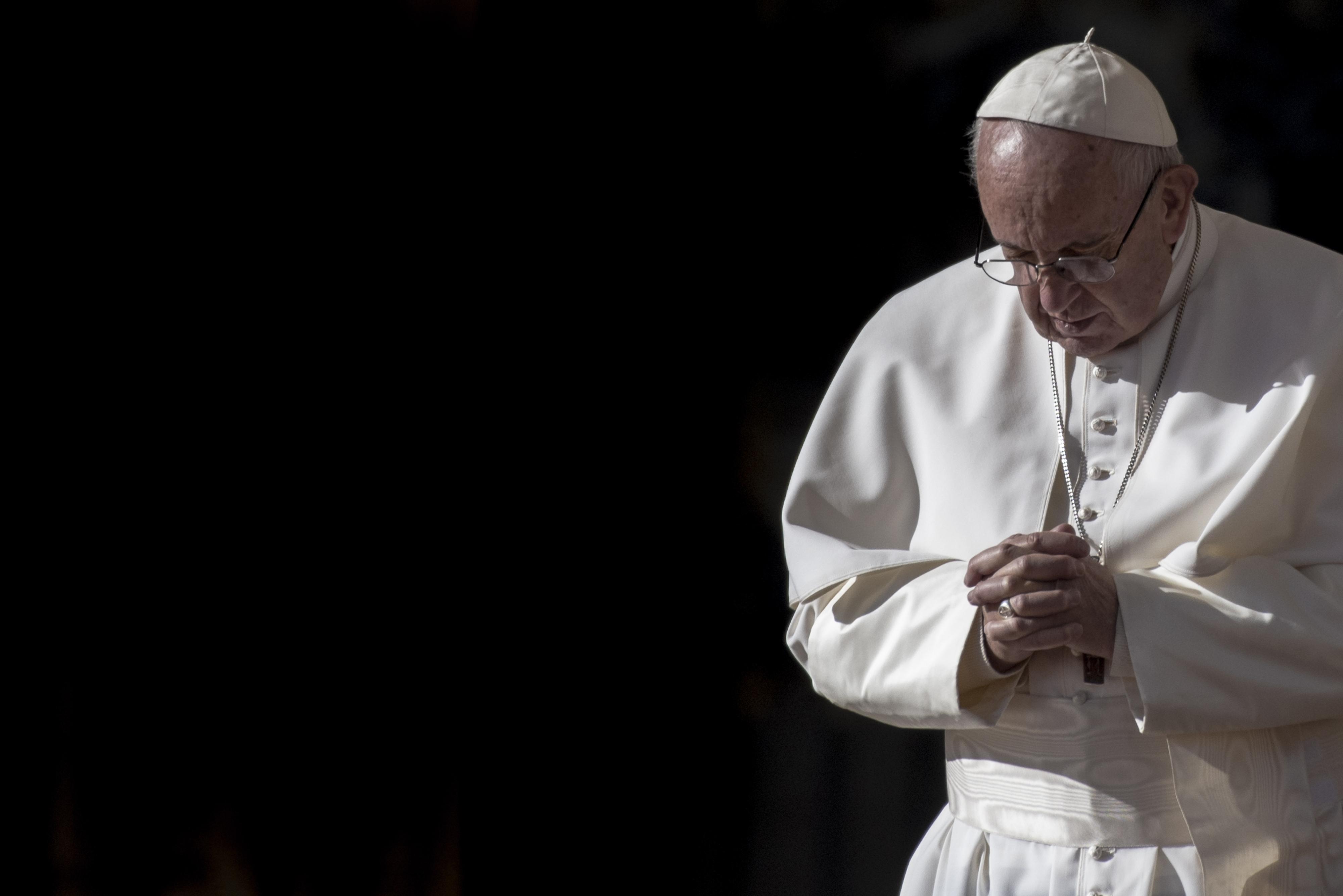 Church of Holy Sepulchre reopens after Netanyahu steps in 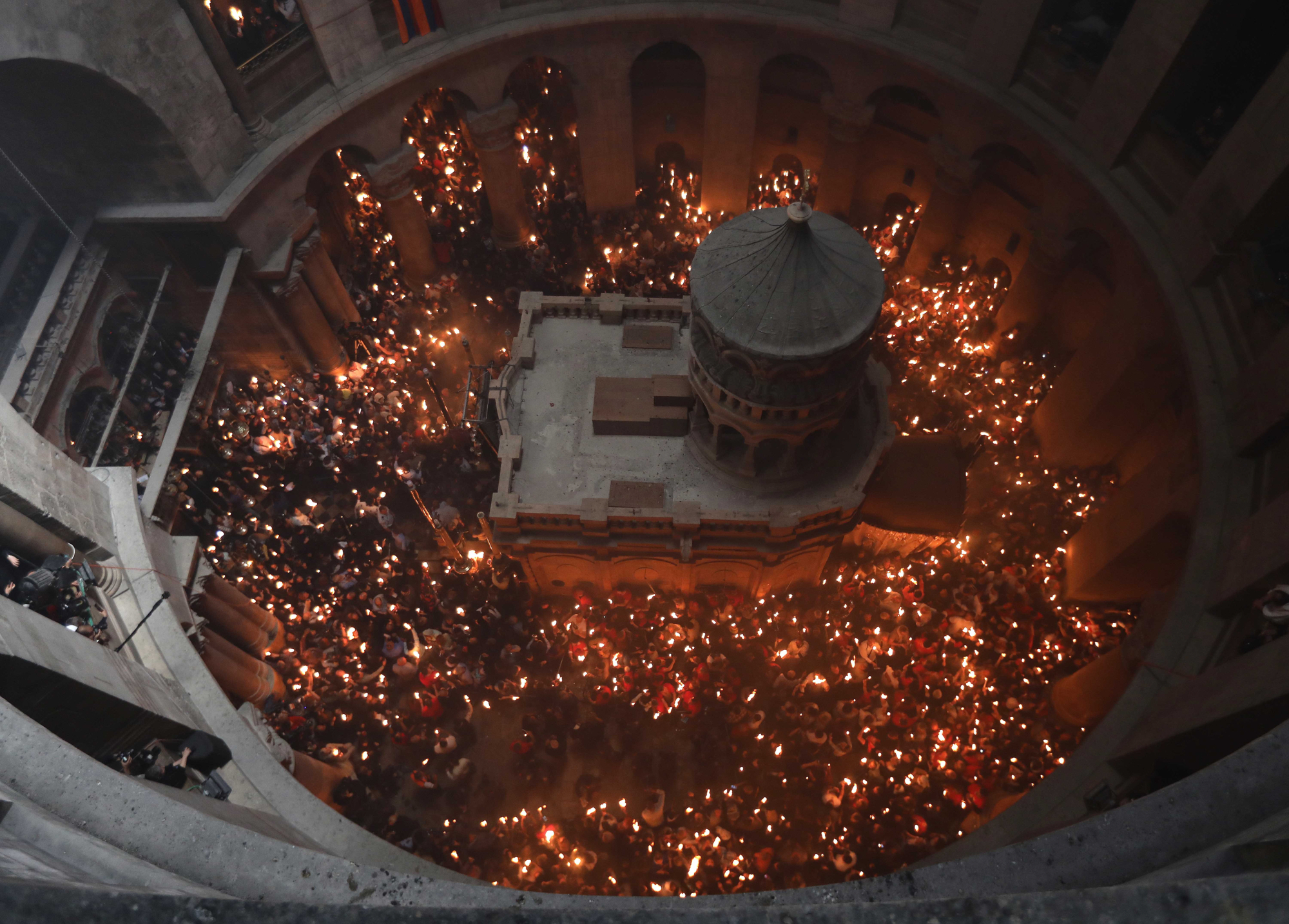 The Israeli Prime Minister Benjamin Netanyahu yesterday stepped in to the crisis in Jerusalem that resulted in the closure of the Church of the Holy Sepulchre. In response the three Christian leaders who took the action of closing the Church, the site of Christ’s crucifixion and Resurrection, have reopened it.

They were furious about a new bill that would allow the state to appropriate land that Churches have sold to private buyers, claiming it had echoes “of laws of a similar nature which were enacted against the Jews during dark periods in Europe.”

In Israel, most homeowners build their houses on land that is leased to them, on the understanding that the lease is automatically renewed. Churches have sold several parcels of land to developers, and homeowners who live there say that they are being asked for large sums if they want to stay there, and told they will otherwise lose their homes.

The bill, promoted by Knesset member Rachel Azaria of the centrist Kulanu party, would give the state the right to impose compulsory purchase orders on the land in question. It would appropriate the land from whoever purchased it from Churches, at a rate fixed by the Treasury but subject to appeal. The legislation would have the impact of preventing Churches from selling more land where homeowners have built on leased land - but leave the door open for Churches selling land to the state.

The Church leaders were also seething at Mayor Nir Barkat’s determination to collect unpaid council tax on church properties. The Churches say that the buildings are exempted according to longstanding agreements, but Mr Barkat insists that church buildings are only exempted if they are actually used for worship, and taxes should be paid for others.

The Church leaders claimed: “These actions breach existing agreements and international obligations which guarantee the rights and the privileges of the Churches, in what seems an attempt to weaken the Christian presence in Jerusalem.”

Mr Barkat insisted that there is “absolutely no change” to the principle of equality under the law for all faiths, but he insisted that when church buildings are put to everyday use they should pay taxes. “Commercial buildings, such as hotels, places of commerce, and office space, are not exempt from municipal taxes, regardless of their ownership,” he argued. “Unfortunately, debts on the commercial areas owned by the Churches are in excess of 650 million shekels [£133m]. We will no longer require Jerusalem's residents to bear or subsidise this huge debt.”

Now, according to the statement from the Prime Minister’s officer, Mr Netanyahu and Mayor Barkat have agreed to establish a team led by Tzachi Hanegbi, a member of Likud and Minister for Regional Cooperation, “with the participation of all relevant parties, to formulate a solution for the issue of municipal taxes on properties owned by churches that are not houses of worship”.

The team will negotiate with the representatives of the churches to resolve the issue, the statement said. As a result, the Jerusalem Municipality is suspending the tax collection actions it has taken in recent weeks.

The statement added that, following a request by the heads of the churches to enter negotiations regarding the sale of land in Jerusalem, Mr Netanyahu has asked Mr Hanegbi to examine this issue too. While the minister is doing so, all legislative activity on the matter will be suspended. “Israel is proud to be the only country in the Middle East where Christians and believers of all faiths have full freedom of religion and worship. Israel is home to a flourishing Christian community and welcomes its Christian friends from all over the world,” the statement said.

In their response, the church leaders made the following statement:

“We, the heads of Churches in charge of the Holy Sepulchre and the Status Quo governing the various Christian Holy Sites in Jerusalem - the Greek Orthodox Patriarchate, the Custody of the Holy Land and the Armenian Patriarchate - give thanks to God for the statement released earlier today by Prime Minister Netanyahu and offer our gratitude to all those who have worked tirelessly to uphold the Christian presence in Jerusalem and to defend the Status Quo.

“After the constructive intervention of the Prime Minister, the Churches look forward to engage with Minister Hanegbi, and with all those who love Jerusalem to ensure that Our Holy City, where our Christian presence continues to face challenges, remains a place where the three Monotheistic faiths may live and thrive together.

“Following these recent developments we hereby announce that the Church of the Holy Sepulchre, that is the site of the crucifixion of Our Lord and also of His Resurrection, will be reopened to the pilgrims tomorrow, 28 February 2018 at 4.00 am.”

PICTURE: Christian Orthodox worshipers hold up candles lit from the "Holy Fire" as thousands gather in the Church of the Holy Sepulchre during the Orthodox Easter ceremonies in Jerusalem's Old City, on April 15, 2017 ©PA