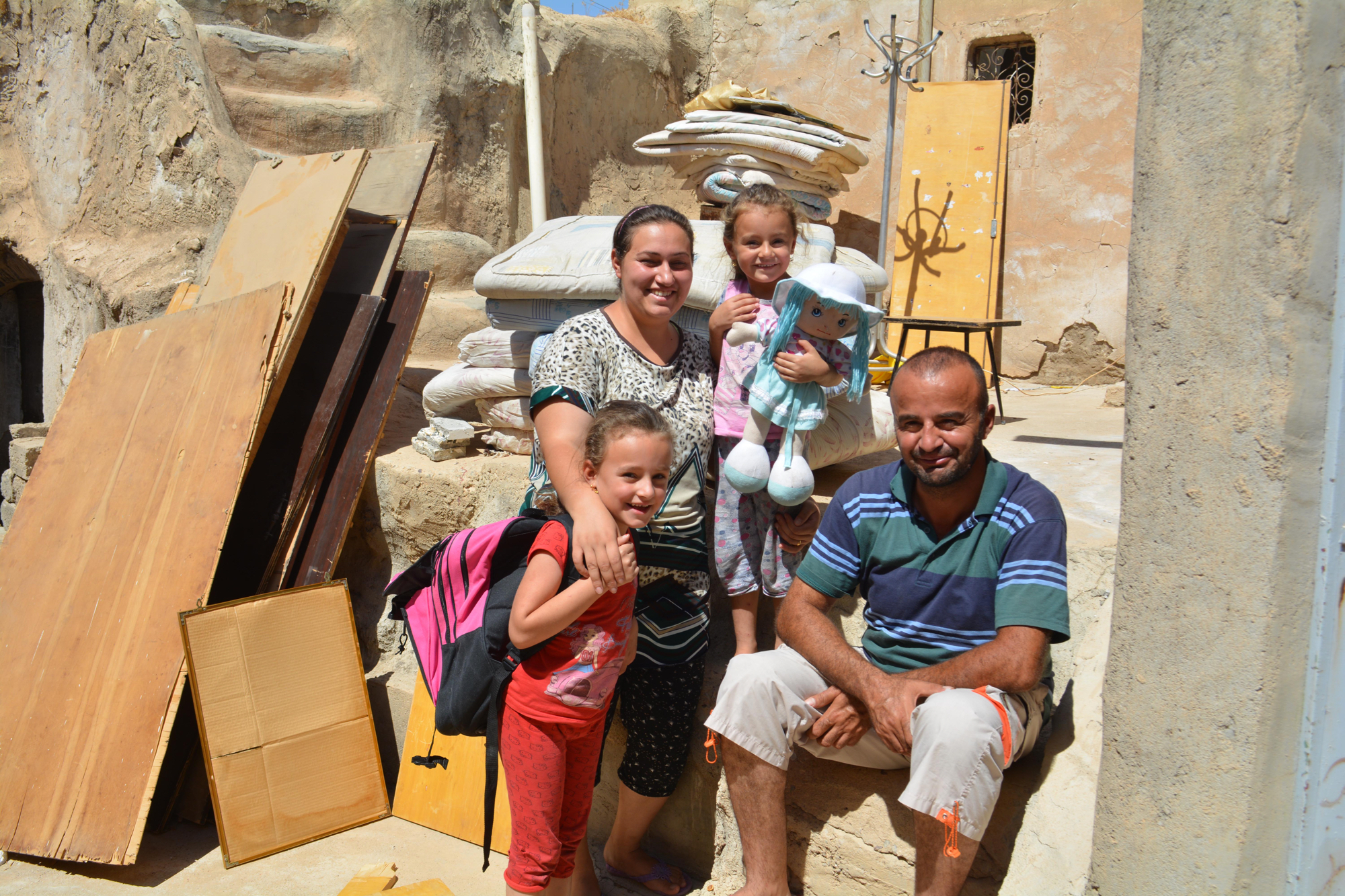 Catholic charity to repair 2,000 homes for Christians returning to Iraq

Francis: master of metaphor and allegory 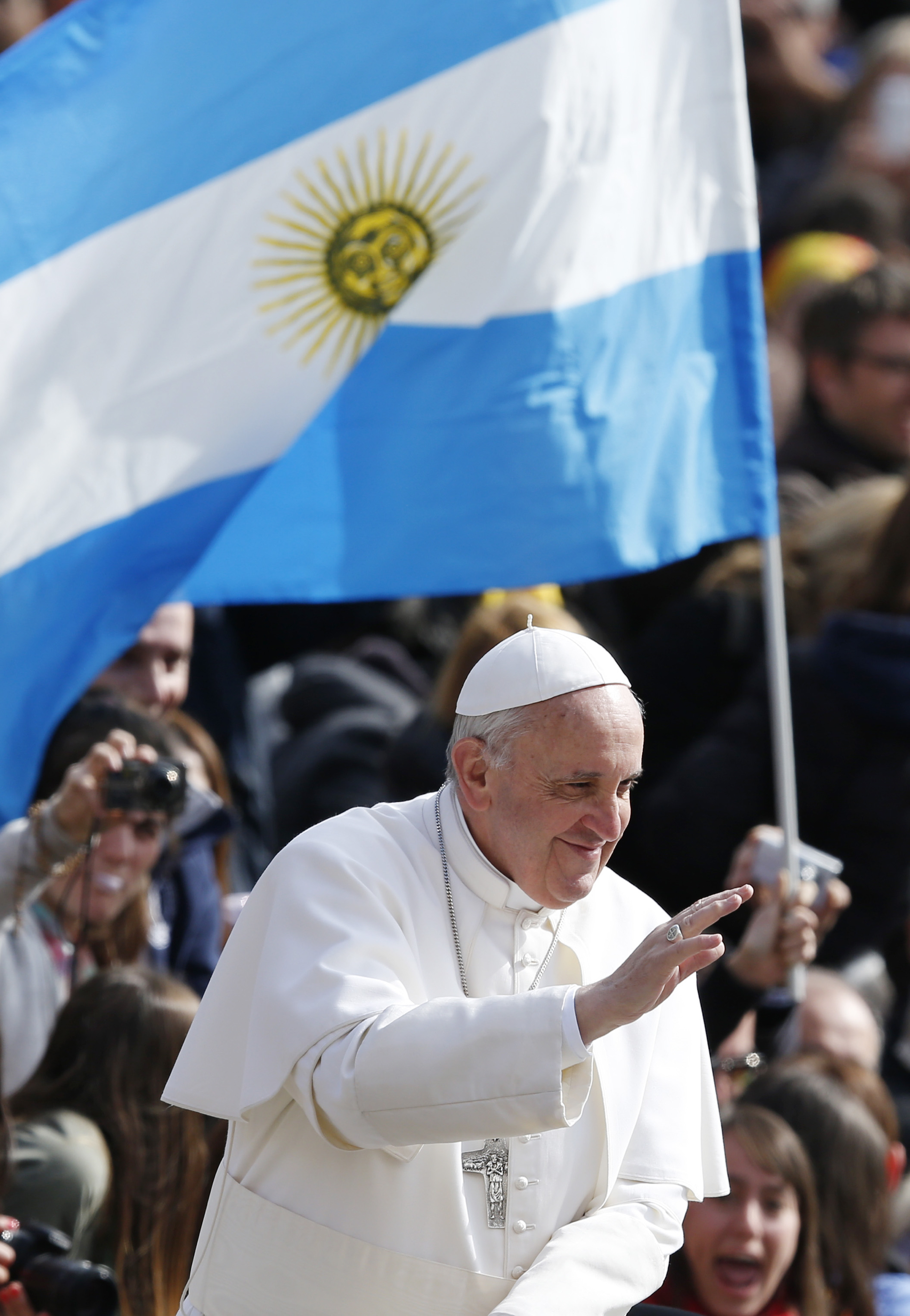 A native-Spanish speaker who grew up with Italian-speaking relatives in Argentina, Pope Francis has a striking way with words.

Bringing a background in literary themes and devices with him to the papacy five years ago, the pope has shown himself to be a master of metaphor and allegory.

His cross-cultural and eclectic knowledge of literature and cinema has supplied him with numerous visual elements that he mixes and matches with a religious message, creating such compound concoctions as "the babysitter church" to describe a parish that doesn't encourage active evangelizers but only worries about keeping parishioners inside, out of trouble.

"Armchair Catholics," meanwhile, don't let the Holy Spirit lead their lives. They would rather stay put, safely reciting a "cold morality" without letting the Spirit push them out of the house to bring Jesus to others.

The Ignatian spirituality that formed him as a Jesuit also comes through many of his turns of phrase. Just as a Jesuit seeks to use all five senses to find and experience God, the pope does not hesitate to use language that involves sight, sound, taste, touch and smell.

And so he urges the world's priests to be "shepherds living with the smell of sheep" by living with and among the people in order to share Christ with them, and he tells his cardinals that all Catholic elders need to share with the young their insight and wisdom, which become like "fine wine that tastes better with age."

No chorus is as wonderful as the squeaks, squeals and banter of children, he once said before baptising 32 babies in the Sistine Chapel, assuring the parents that the commotion and chaos of new life was not only welcome, but wonderful.

The pope's visual vocabulary dips into the everyday with sayings and scenarios from daily routines: like sin being more than a stain; it is a rebellious act against God that requires more than just a trip "to the laundromat and have it cleaned."

Even country living holds some lessons. He once told parishioners to bother their priests like a calf would pester its mother for milk. Always knock "on their door, on their heart so that they give you the milk of doctrine, the milk of grace and the milk of guidance."

Food and drink hold numerous lessons. For example, to convey the corrosive atmosphere a bitter, angry priest can bring to his community, the pope said such priests make one think, "This man drinks vinegar for breakfast. Then, for lunch, pickled vegetables. And, in the evening, a nice glass of lemon juice."

Christians must not be boastful and shallow like a special sweet his Italian grandmother would prepare for Fat Tuesday, he has said. Explaining how it is made from a very thin strip of pastry, the crunchy dessert bloats and swells in a pan of hot oil. They are called "bugie" or "little lies," he said, because "they seem big, but they have nothing inside, there's no truth, no substance."

Pope Francis' frequent focus on the evils of living a hypocritical or superficial life has meant employing descriptions such as showy as peacocks, frivolous as an over-primped star and fleeting as soap bubbles. "A soap bubble is beautiful! It has so many colors! But it lasts one second and then what?"

To explain the kind of "terrible anxiety" that results from a life of vanity built on lies and fantasy, the pope said, "It's like those people who put on too much makeup and then they're afraid of getting rained on and all the makeup running down their face."

Pope Francis does not shy away from the gory or gross, calling money -- when it becomes an idol -- the "devil's dung" and saying the lives of the corrupt are "varnished putrefaction" because, like whitewashed tombs, they appear beautiful on the outside, but inside they are full of dead bones.

For the pope, who sees Christ as a "true physician of bodies and souls," there is no shortage of medical metaphors.

Of the most well-known, the pope pines for "the church as a field hospital after battle. It is useless to ask a seriously injured person if he has high cholesterol and about the level of his blood sugars! You have to heal his wounds."

Speaking elsewhere about people who have done evil and know it, Pope Francis said, they live "with a constant itch, with hives that don't leave them in peace."

The consequence of pride or vanity, he warned on another occasion, "is like an osteoporosis of the soul: The bones seem good from the outside, but on the inside they are all ruined."

Another medical problem afflicting souls diagnosed by Pope Francis is "spiritual Alzheimer's," a condition that renders some people incapable of remembering God's love and mercy for them and, therefore, unable to show mercy to others.

If people were to get a "spiritual electrocardiogram," he once asked, would it be flatlined because the heart is hardened, unmoved and emotionless or would it be pulsating with the prompting and prods of the Holy Spirit?

And whether people recognize it or not, God is their true father, he has said. "First of all, he gave us his DNA, that is, he made us his children; he created us in his image, in his image and likeness, like him."

Meeting with cardinals and the heads of Vatican offices for an annual Christmas greeting, the pope explained the reform of the Roman Curia as more than just a face-lift to rejuvenate or beautify an aging body, but a process of deep, personal conversion.

Sometimes, he said the following Christmas, reform "is like cleaning an Egyptian Sphinx with a toothbrush."

PICTURE: Argentina's flag is seen as Pope Francis arrives to lead his general audience in St. Peter's Square at the Vatican in this April 3, 2013, file photo ©CNS