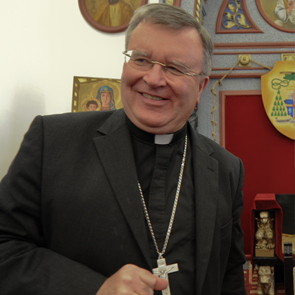 A Catholic Roma family whose two youngest sons are to be placed with a gay couple are “frightened” by the move that they believe will sever the children from their faith.

The Slovak parents, whose sons aged two and four were taken into care in Kent over a year ago because of neglect, failed in their attempt to prevent the move in the High Court last Friday.

Lucie Boddington, from Slovakian charity Children Belong to Parents, which has supported the family, told The Tablet that the family of 12 are regular Massgoers and active in their parish community.

“The parents feel horrible. They are frightened. Their children are going to be placed with a homosexual couple, which is strongly against their faith,” she said, adding that the family were disappointed that the Church has not said anything against the move.

“It’s the bishops’ duty to speak out. They should go out into the street. The family are extremely disappointed. And I am,” said Ms Boddington, adding that the family would appeal the ruling at the European Court of Human Rights.

Helen O’Brien, the chief executive of Csan, the social action arm of the Bishops’ Conference of England and Wales, said that the Church had campaigned on the issue but acknowledged it was important not to stall the adoption process searching for “the perfect match”. She said that helping an adopted child grow in their faith was absolutely fundamental.

“It’s a shame and a disappointment that the courts are unable to help the council to find parents who are able to support the children in the faith,” she said.

Last week the parents told the High Court that the move would psychologically damage their children because they would grow up with a disparity between their heritage and home life.

But Sir James Munby, the most senior judge in the Family Court, said that the case would be judged according to the standards “of reasonable men and women in contemporary English society”.

“They have made their life in this country and cannot impose their own views either on the local authority or on the court,” he said.