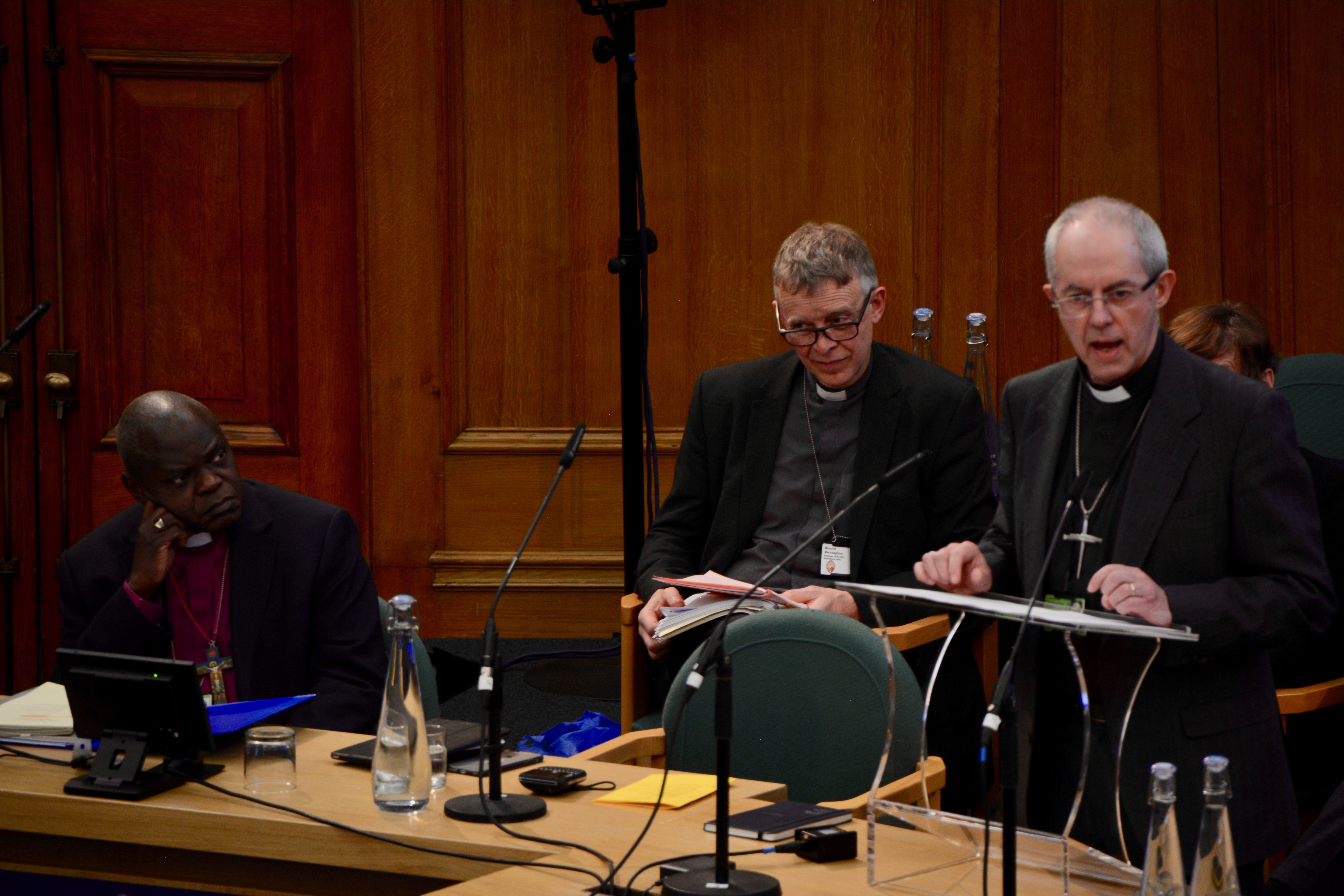 Church of England must rise to the challenge of change, says Welby

Amoris offers 'a new and holistic response for family ministry' 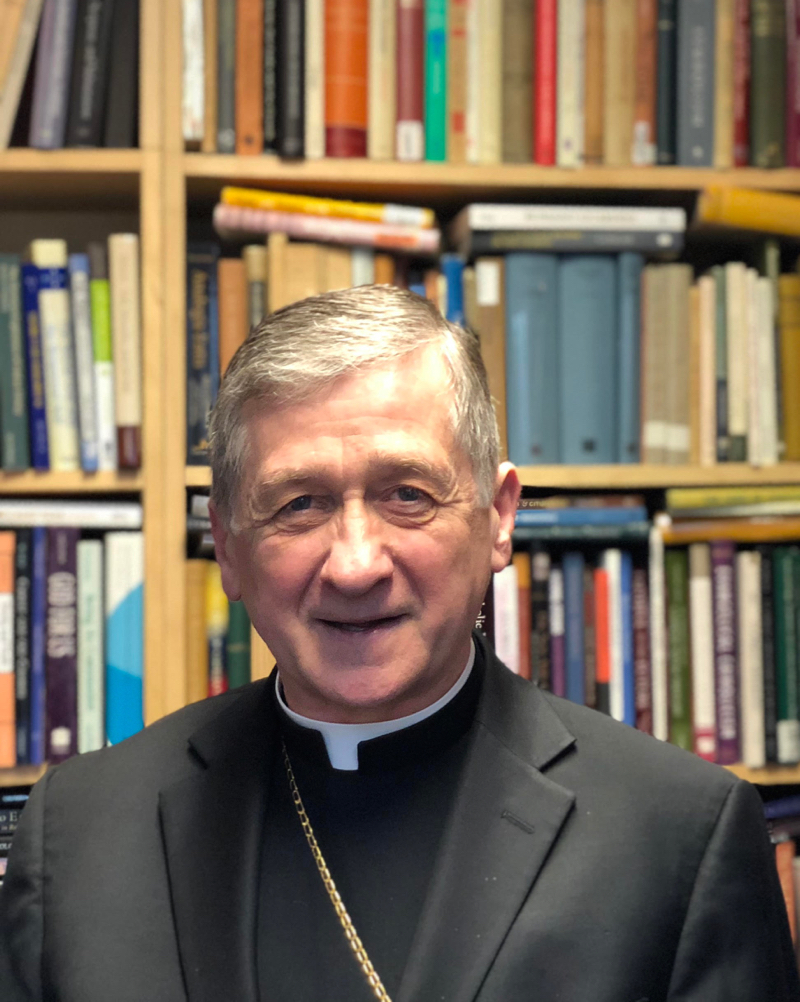 Cardinal Blase Cupich of Chicago has argued that the Pope’s apostolic exhortation on the family, Amoris Laetitia, marks a “revolutionary” departure for the Church in the way it interacts with and ministers to the family. He also responded to critics of the exhortation, saying they were too bound up in an “idealistic understanding of marriage and the family”.

Family life, he said in the Von Hugel Institute Annual Lecture at St Edmund’s College Cambridge on Friday evening, is “dramatically different from the past”. He said it was leaving many people “disoriented and uncertain about their lives to the point that the Church must find a new way to minister to them”.

In describing the new shape that this ministry should take, Cupich built on the idea offered recently, but not developed, by Cardinal Pietro Parolin, Vatican Secretary of State. Amoris Laetitia, Parolin said, marks a “paradigm shift” in the thinking of the Church.

Thomas Kuhn’s celebrated 1962 work, The Structure of Scientific Revolutions, argued that a scientific revolution is caused by a “paradigm shift” sparked by a radical new theory. Cupich for his part says Amoris Laetitia “represents a major shift in our ministerial approach that is nothing short of revolutionary”.

“Amoris”, he says, is “the Holy Father’s call to action”. Francis offers a new way of relating to families today, he says, by introducing a set of “hermeneutical principles”. Identifying six principles, he says these together force the “paradigm shift” in question and all have profound implications for the Church’s ministry.

Firstly, Cupich says, the family is a privileged place, chosen by God, to reveal how he relates to humanity. Married life is “a challenging mosaic made up of many different realities” he says quoting AL38, and so the Church must move away from presenting marriage in an “abstract and idealised’ way.

The implication of this is that “the manifestation of God’s self-revelation is not restricted to those who meet the Church’s marital ideals. It can be found in ‘true natural marriage [and] the forms of marriage found in other religious traditions’ (AL77).” He then quotes AL 301: “it can no longer simply be said that all those in any ‘irregular’ situation are living in a state of mortal sin and are deprived of sanctifying grace”. All this, Cupich insists, is part of the enormous paradigm shift that Francis has set in motion.

The second principle, he says, must be that much greater attention be given to lay voices. “In a genuinely synodal Church,” he says, “There is no hierarchical distinction between those with knowledge and those without”.

Authoritarian or paternalistic ways of dealing with people must be replaced by – his key word – “accompaniment”. The new direction envisions “ministry as accompaniment”, in a process that involves a process of listening and learning. The accompaniment, he says, is also “an act of forming Church teaching”, and this is “revolutionary”.

This brings Cupich to identify the third principle in the paradigm shift as the recognition of the consciences of the faithful as an essential element in the task of discerning what God is revealing. Decisions of conscience made by married couples and families “represent God’s personal guidance for the particularities of their lives”. The voice of conscience, he continues, “could very well affirm the necessity of living at some distance from the Church’s understanding of the ideal”, while nevertheless (quoting from AL303), calling a person to “new stages of growth”. This “fully embraces” the understanding of conscience found in the Vatican II Pastoral Constitution on the Church in the Modern World, Gaudium et Spes, Cupich argues, and “it is hard to overstate the significance of this hermeneutical shift”.

This leads to Cupich’s fourth principle, that the Church’s understanding of God’s plan for marriage must incorporate the “insights of the faithful”. It must attend to the “concrete situations of real families”, and invite the lay faithful to “help the whole Church understand and promote marriage and family life as a source of true fulfilment”. They are the ones who constantly navigate the tensions between the “abstract ideal” and the “actual manifestation”, he says, and – of vital importance - their insights will help the Church articulate the divine plan for marriage and the family in a way that inspires hope.

For his fifth principle, Cupich returns to the idea of “accompaniment”, pointing out that the “real shift” is towards a pastoral approach that creates a culture of “care, hospitality and tenderness” in the parish community, on behalf of “those who have been wounded”. He does not mention the vexed question of whether divorced and remarried couples should be able to receive communion, but he refers to AL299, that states such people “need to feel not as excommunicated members of the Church but instead as living members”; and he points to the pathway offered by Francis in his letter to the Argentine bishops, since published in Acta Apostolica Sedes, which identifies the ways in which that can be made possible.

In a pointed footnote, given the opposition in parts of the Church to the teaching of AL, he refers to the Dogmatic Constitution on the Church, Lumen Gentium, 25, which states: “This religious submission of mind and will [to bishops] must be shown in a special way to the authentic magisterium of the Roman Pontiff, even when he is not speaking ex cathedra”.

The final principle making up the paradigm shift that Cupich attributes to Francis revolves around the central idea of mercy, which has implications both for pastoral practice and for doctrine. “The Church’s pastoral practice of accompanying others in mercy should inform and shape doctrinal development,” he says. “Doctrinal development is about remaining open to the invitation to see our moral teachings on marriage and family life through the lens of God’s omnipotent mercy.”

Because God has chosen the family as a privileged place to reveal “all [he] is doing in our time”, doctrine itself can develop as a result of the Church’s accompaniment of families.

Critics of the kind or degree of emphasis on mercy described here have pointed out the accompanying importance of the courageous acceptance of personal responsibility and readiness for personal sacrifice in family cohesion, especially in the light of contemporary cultural neglect of these virtues, but Cardinal Cupich does not touch on these questions. Neither does he make a single specific reference to children.

Waiting until his conclusion to address the critics of Amoris Laetitia, he claims some have misunderstood the document, because they have failed to adopt the “holistic” approach he offers here. “Instead of actually attending to the present reality of people’s lives today in all its complexity,” he argues, “they limit their scope to an idealistic understanding of marriage and family”.

Whether those critics will be satisfied or silenced by Cardinal Cupich’s approach laid out in detail here will soon be evident.