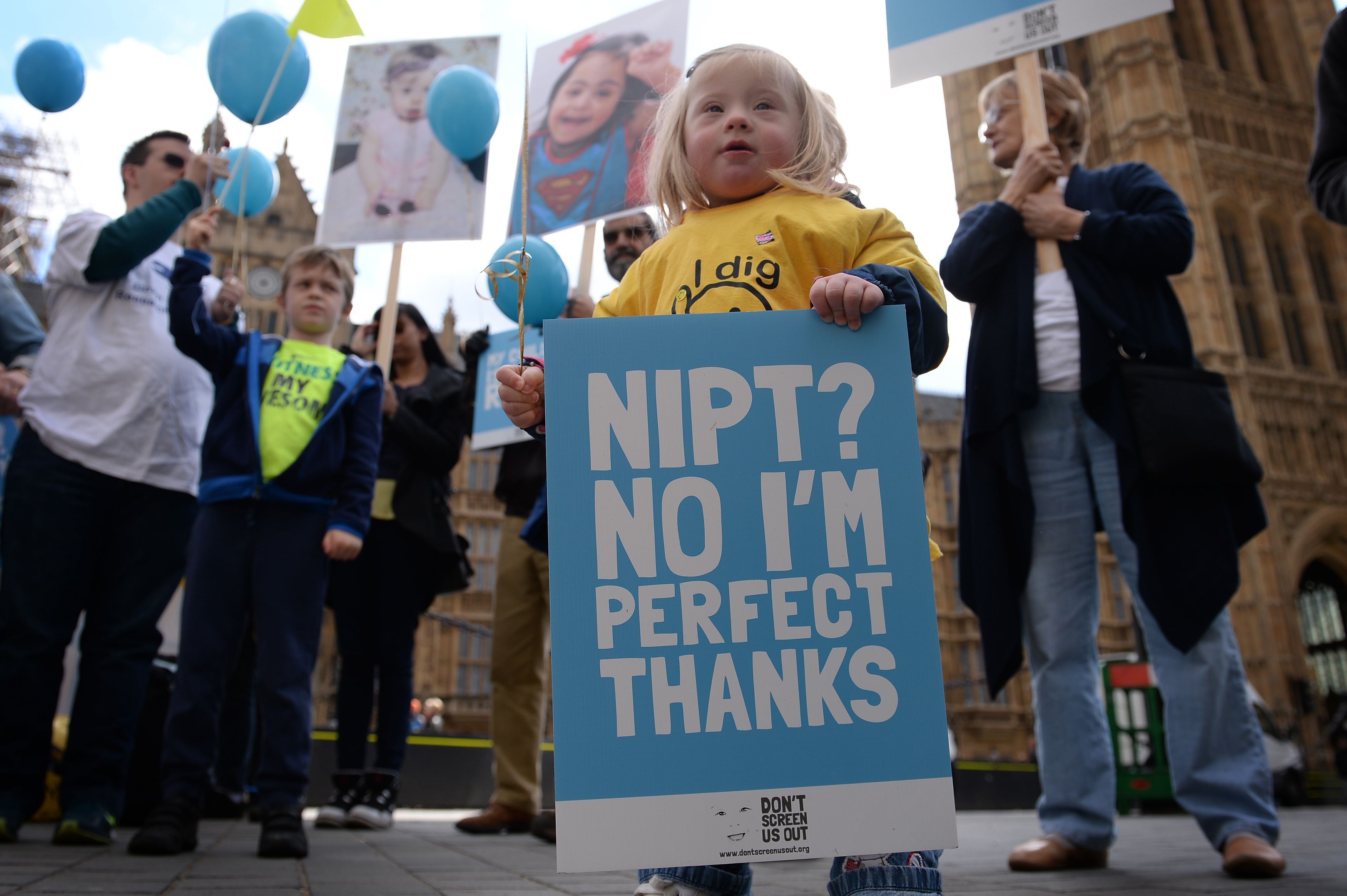 People with Down's could disappear from UK, warns CofE

Pope says if he punished bishop without moral certainty, he would be 'committing the crime of a bad judge'. 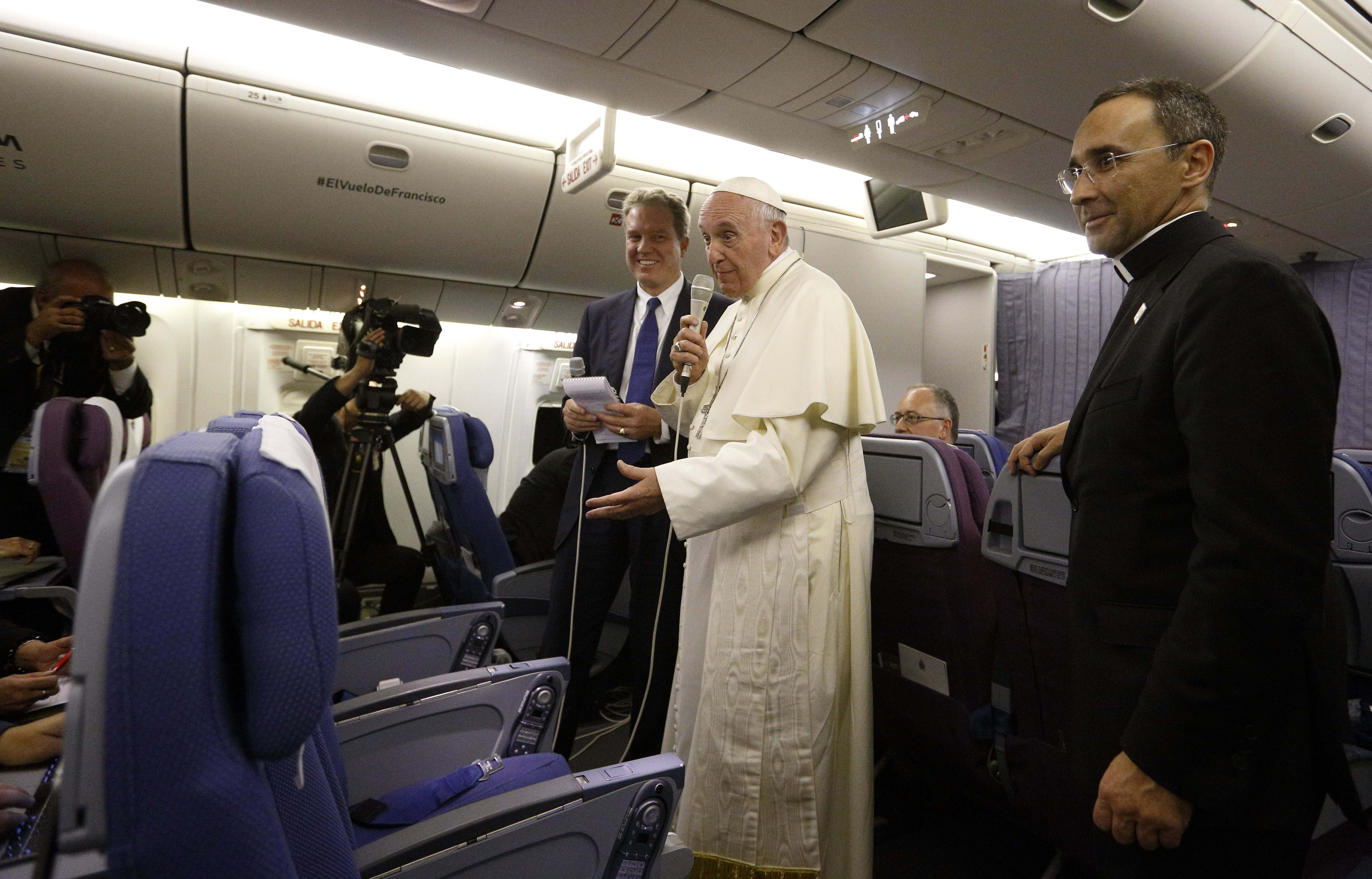 Pope Francis apologised to victims of clergy sex abuse, saying he unknowingly wounded them by the way he defended a Chilean bishop accused of covering up abuse by his mentor.

Speaking with journalists on his flight to Rome from Lima, Peru, on Jan. 21, the pope said he only realised later that his words erroneously implied that victims' accusations are credible only with concrete proof.

"To hear that the pope says to their face, 'Bring me a letter with proof,' is a slap in the face," said Pope Francis.

The Pope was referring to a response he gave in Iquique, Chile, Jan. 18 when local reporters asked about his support for Bishop Juan Barros of Osorno, given accusations that the bishop may have been aware of abuse perpetrated by his former mentor, Father Fernando Karadima. The priest was sentenced to a life of prayer and penance by the Vatican after he was found guilty of sexually abusing boys.

"The day they bring me proof against Bishop Barros, I will speak. There is not one piece of evidence against him. It is calumny. Is that clear?" the pope had told the reporters in Iquique.

His response provoked further outrage, especially from Father Karadima's victims who said the pope's response made his earlier apologies for the church's failure to protect sex abuse victims seem hollow.

Asked about the incident during the flight back to Rome, Pope Francis said he meant to use the word "evidence", not "proof". The way he phrased his response, he said, caused confusion and was "not the best word to use to approach a wounded heart".

He said: "Of course, I know that there are many abused people who cannot bring proof (or) they don't have it. Or at times they have it but they are ashamed and cover it up and suffer in silence. The tragedy of the abused is tremendous."

However, the Pope told reporters on the papal flight he still stood firmly behind his defence of Bishop Barros, because he was "personally convinced" of the bishop's innocence after the case was investigated twice with no evidence emerging.

Pope Francis said that while "covering up abuse is an abuse in itself", if he punished Bishop Barros without moral certainty, "I would be committing the crime of a bad judge."

During the inflight news conference, Pope Francis answered eight questions over the course of an hour, although the conference was interrupted by turbulence, which forced the pope to sit for about five minutes.

As he did in November on his return from Bangladesh, he said he only wanted to respond to questions related to the trip.

Pope Francis told reporters he appreciated the statement made Jan. 20 by Boston Cardinal Sean P. O'Malley, president of the Pontifical Commission for the Protection of Minors, acknowledging the pain survivors of abuse felt because of the pope's statement about Bishop Barros.

"Words that convey the message 'If you cannot prove your claims then you will not be believed' abandon those who have suffered reprehensible criminal violations of their human dignity and relegate survivors to discredited exile," the cardinal wrote.

He also said: "Pope Francis fully recognises the egregious failures of the church and its clergy who abused children and the devastating impact those crimes have had on survivors and their loved ones."

The Pope said he was grateful for Cardinal O'Malley's statement because it struck the right balance between listing what he has done to show his support for sex abuse victims and the pain experienced by victims because of the Pope's remarks.

Pope Francis also spoke about the scandal-plagued Sodalitium Christianae Vitae, a Catholic movement based in Peru.

The movement's founder, Luis Fernando Figari, has been accused of the sexual and psychological abuse of members; he has been ordered by the Vatican to remain in Rome and not have any contact with the movement.

"He declared himself innocent of the charges against him," Pope Francis told reporters, and he has appealed his cause to the Apostolic Signatura, the Vatican's supreme court. According to the information the pope has received, he said, "the verdict will be released in less than a month."

Pope Francis also was asked about the status of the Pontifical Commission for the Protection of Minors, which he set up in 2014. The three-year terms of its members expired in December and some have questioned whether child protection really is a priority when the commission's membership was allowed to lapse.

Before the terms ended, he said, the members decided to recommend who should serve a second term and offering the names of possible new members.

The final list, he said, arrived on his desk a week before the trip began "and now it is going through the normal channels in the Curia.