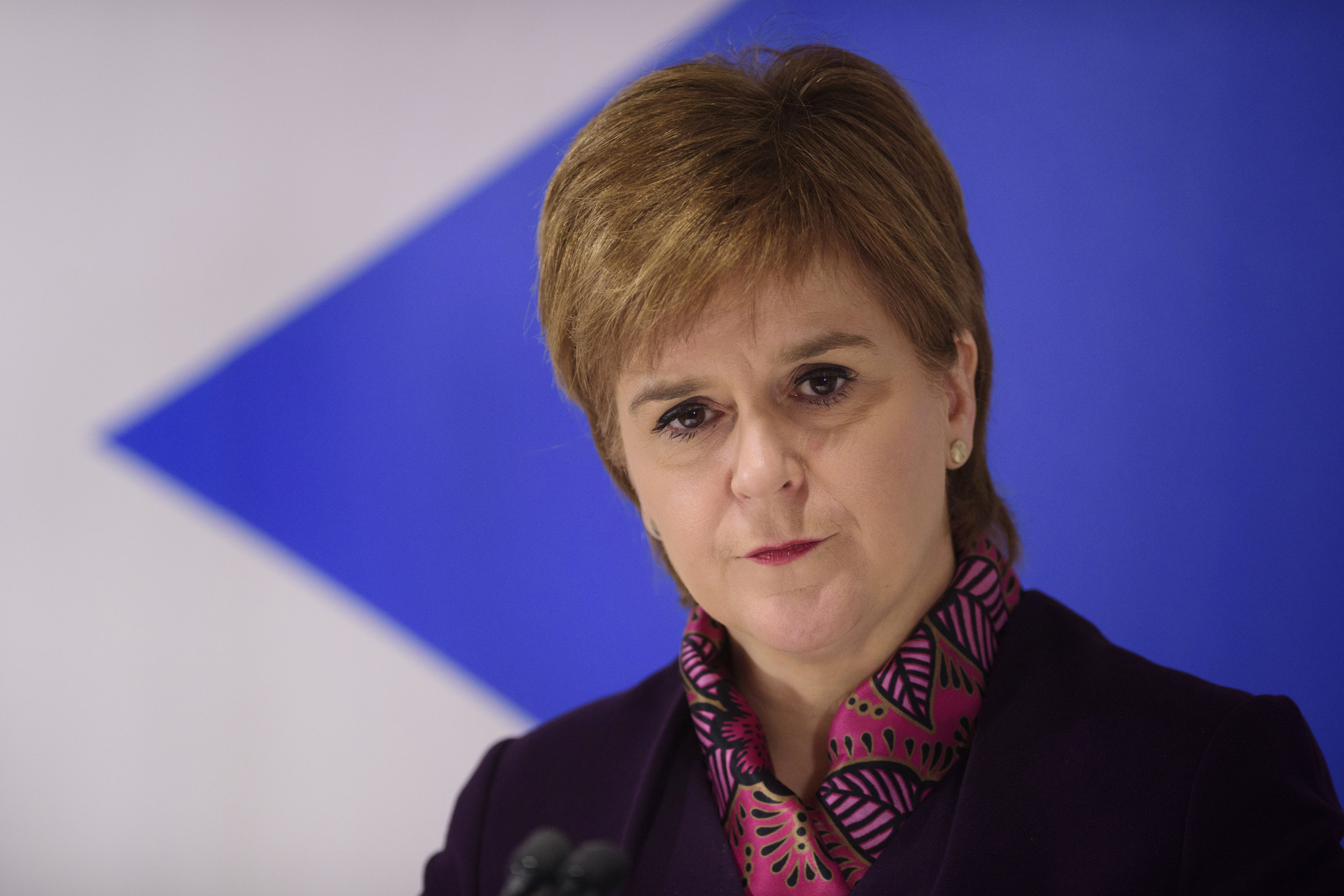 The Pope marries a couple on his plane – what does it mean?

Not just a bold move of ecclesial spontaneity, it was also keeping with Francis’ desire for a new mentality in the Church 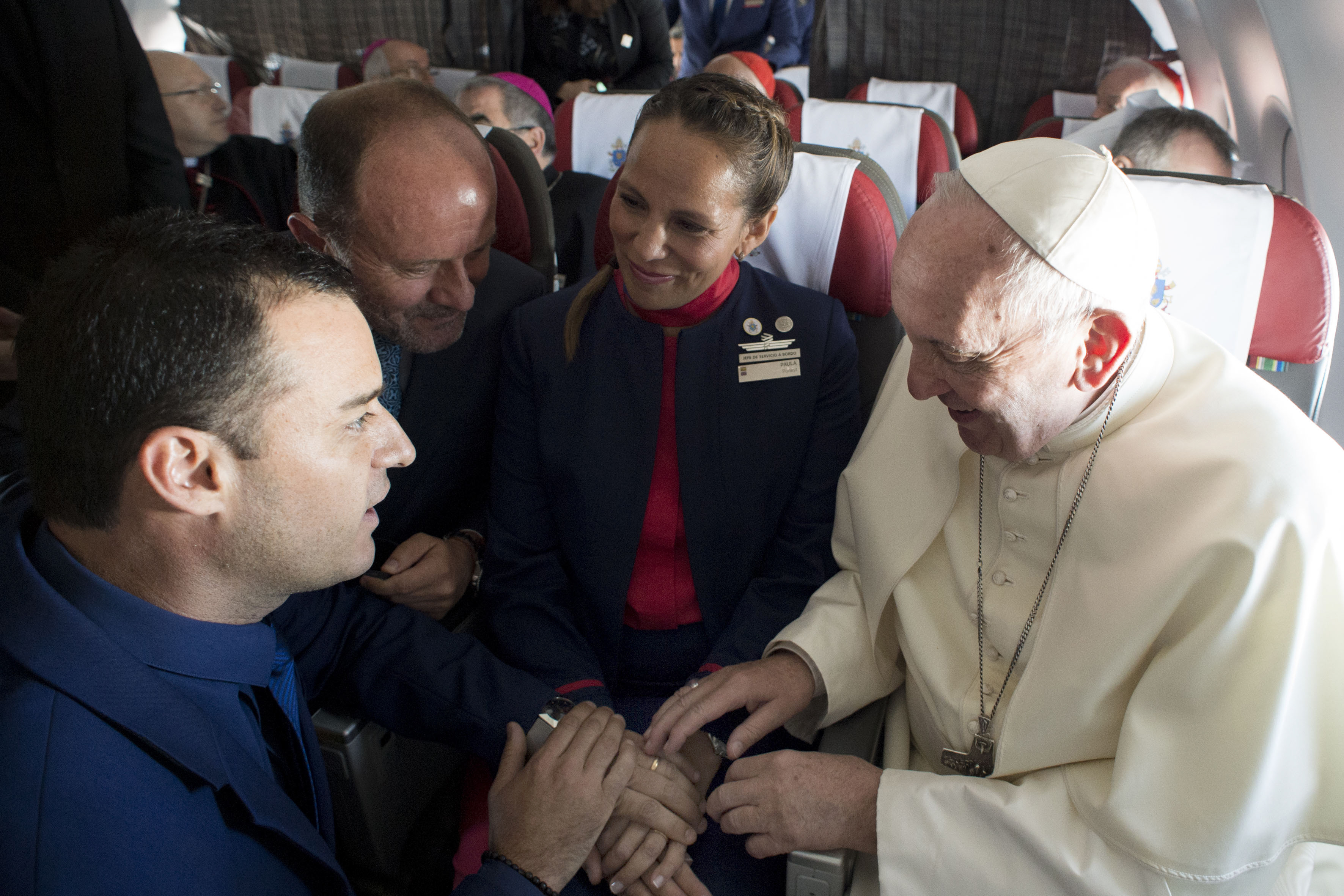 Just months after his election Pope Francis recounted the story of an engaged couple who had arrived at the parish office to plan their wedding.

Rather than receiving support and congratulations, Francis explained in one of his homilies during an early morning Mass in May 2013, they were fobbed off with a list of prices and asked to show their baptismal certificate.

“They found the door closed,” he said, adding that so often “we control faith rather than facilitate it.”

Yesterday, the 81-year-old Latin American Pontiff gave a powerful counter-message to what he calls the “administrative approach” to faith when he made history as the first Pope to marry a couple on board an aeroplane.

As Francis’ trip to Chile threatened to become overshadowed with the clerical sexual abuse scandal, the Pope produced a stunning move of pastoral populism that pivoted the narrative away from Catholicism’s most toxic issue and onto his vision of evangelisation.

And while it was a bold show of ecclesial spontaneity, it was entirely in keeping with Francis’ desire for a new mentality inside the Church.

During an internal flight from Santiago to Iquique, the Pope was introduced to flight attendants, Paula Podest Ruiz, 39 and Carlos Ciuffardi, 41. Married in a civil ceremony eight years ago, they asked the Pope if he could bless their union as the Church they’d wanted to get married in had been destroyed in an earthquake.

The Pope listened and made them an even better proposal: would they like to be married sacramentally, and for him celebrate.

In Catholic understanding it is not the priest who “marries” a couple but the spouses who minister the sacrament to one another.

When Francis heard the couple’s story and request he didn’t quiz them about their past; burden them with paperwork or palm them off onto someone else. It didn’t matter to the Pope that the couple were living together, that they already had two children and that they hadn’t found another church for the ceremony. This wasn’t the point for Francis.

Here was a couple who wanted the Pope to bless them and instead he opened the door in a way they could never have dreamed of: the chance to be married by the Pope on board his plane.

“He took our hands and he asked if there was love in our marriage and we wanted to stay together all life long,” Ciuffardi explained. Their answer in the affirmative was enough for Francis and after the paperwork was put in order and witnesses assembled he married them in a simple ceremony at 36,000 feet.

Sadly, there are far too many stories of clergy and lay officials who prefer the bureaucratic option when it comes to those wanting to be married; who prefer the Church of a customs office stamping some with approval while shutting others out. So it was no surprise that soon after news filtered out of the airborne wedding the Pope was accused of unhelpfully riding a coach and horses through the norms of wedding protocol. Canon Law, some pointed out, expects that Catholic marriages take place in a parish church; requires a verification that the couples have no obstacles to marriage; that wedding services make use of liturgical texts and couples are recommended to go to confession and Mass beforehand.

But, as Canon Law also says, the Pope can officiate at a wedding anywhere anytime and in a sign of the upside down world we now live in, the Holy See’s spokesman confirmed that everything Francis had done was doctrinally legitimate. In other words: yes, the Pope is Catholic. Francis’ decision to carry out wedding mid-air was about sending a message: that the tick box mentality must not frustrates the Church’s mission.

This is what Cardinal Pietro Parolin, Francis’ closest adviser, describes as a paradigm shift in the Church, which he stressed requires a new spirit and a new approach.

It’s not that the Pope is doing away with the need for rules, for canon law or for paperwork, but rather ensuring it is correctly prioritised. For the Pope, these things must support the spread of the Gospel, and not become like the thorns that grow up and strangle the seeds in the parable of the sower. “In many places an administrative approach prevails over a pastoral approach,” Francis writes in his manifesto encyclical Evangelii Gaudium. “As does a concentration on administering the sacraments apart from other forms of evangelisation.”

In that May 2013 homily Francis said those in the Church who don’t open doors to engaged couples or single mothers have instituted a new sacrament which he described as that of the “pastoral customs office”. Instead, he insisted, “all who approach the Church” should “find doors open to encounter Jesus' love”. With his marriage of Paula and Carlo, the Pope has given a powerful example of what opening those doors should look like.