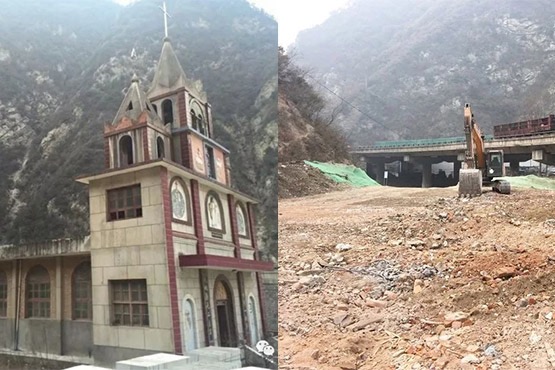 Building the family of God: What do young people look for in Church?

Just-completed surveys of young Africans and young Americans have highlighted the challenges facing the Church’s Youth Synod taking place in October this year, and the contrasting views and experiences that young people will bring to the synod, entitled “Young People, Faith and Vocational Discernment”.

In their research the regional bishops’ conferences of nine countries in Eastern Africa (AMECEA) took on board the urging of Pope Francis to be a “Listening Church” first and a “Teaching Church” second. Sessions were set up with groups of 10 to 15 young people, mainly high school and college students. The survey was initiated by Small Christian Communities (SCCs), led by Joseph Healey, an American Maryknoll missionary priest based in Nairobi who is a driving force behind the SCCs in eastern Africa. SCC teams operated under the overall coordination of the pastoral department of AMECEA in carrying out the survey.

The Adult SCCs had already responded to an accusation from the young that their meetings were “too dull”, with “too much talk” by setting up communities specifically for young people, Youth Small Christian Communities (YSCCs). These were established in Dar es Salaam, Lilongwe, Lusaka and Nairobi. Most of the East African survey was carried out through consultation with the YSCCs. The sessions explored issues to do with young people’s personal lives; what they felt about the Catholic Church; and their attitudes to society in general.

The survey found favourite discussion topics in the YSCC meetings, that took place from 2013 to 2017, included: relationships with the opposite sex; sexuality; dating; fashion; popular music; video games; social networks; information technology; sport; and the use of leisure time.

Among spiritual concerns they listed: searching for one’s human and Christian identity; self-discovery in a faith-sharing context; and vocational discernment (covering both religious vocations and vocations in the secular world). Career planning, job hunting and employment challenges were preoccupations, but justice and peace issues, good causes, and community service were also important.

Bible study was a major demand, partly to enable young Catholics to answer challenges from their Protestant friends, especially Pentecostals. Recent research indicates this is the main reason that African Catholic youth want to learn more about the Bible. The teachings of the Catholic Church were also highlighted in this context.

Long range goals included how to achieve financial success as well as how to develop fundraising skills. Communications problems between young people and their parents were often referred to, while political discussions were frequent and questions of African ethnic and cultural identity were equally of interest.

A similar survey was conducted with college students in the United States from 2014 to 2017. Fr Healey and his team spoke to students from Boston College, DePaul, Duquesne, Georgetown, Loyola New Orleans, Morgan State, Notre Dame, Princeton, Santa Clara, Stanford, Williams and Yale. The most recent “Listening Sessions” were at Georgetown in September 2017 and at Loyola in November 2017.

In general students were very positive regarding Pope Francis’ efforts to reach out to young people but for many the “Institutional Church” was not welcoming or nourishing. Many asked whether the “official” Church (the Vatican and the bishops) really wanted to listen to the concerns of young people, especially in the areas of sexuality and personal relationships.

The strength and influence of Catholic Social Teaching was undermined for many young people in the US by the Church’s perceived intransigence on women’s and LGBTQ issues. They felt the Church had a long way to go with regard to the empowerment of women.

There was however an evident zeal for liturgy through youth choirs and praise music. Many college students were simply not concerned about social justice issues in the Catholic Church.

Small faith communities were seen as a safe space to share faith and reflect on “real” issues that included questions about the body including the "Theology of the Body" and what beauty means. The Church could also do more, young people felt, in facing up to issues of immigration, poverty and racism. The stresses of college life including pressure of exams were often mentioned, but also financial pressures including repayment of student loans and finding a job after college.

There was a disconnect between campus ministry and what students encountered off campus. A number found a congenial community at college, but after graduation found nothing similar in their home parishes. The research found a significant number of college graduates and young adults hungered for some kind of faith-sharing experience connected to their daily life, often built around Bible sharing. Researchers felt that small faith-sharing communities for college graduates that were either parish-based or organised through some other network could help address this problem.

(Pic: Pilgrims from South Africa during the WYD 2016 Welcome Ceremony as Pope Francis meets with thousands of young pilgrims from all around the world in Krakow's Blonia Park On Thursday, 28 July 2016, in Krakow, Poland. Photo by Artur Widak/SIPA USA/PA Images.)