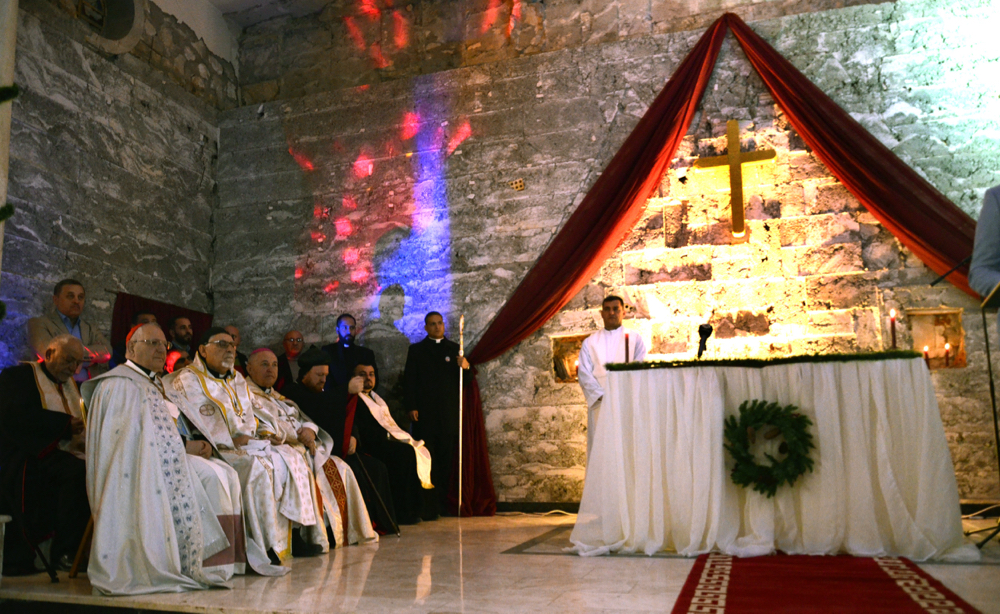 'Stand in solidarity with the Palestinian people, who have been suffering from injustice and displacement for 70 years' 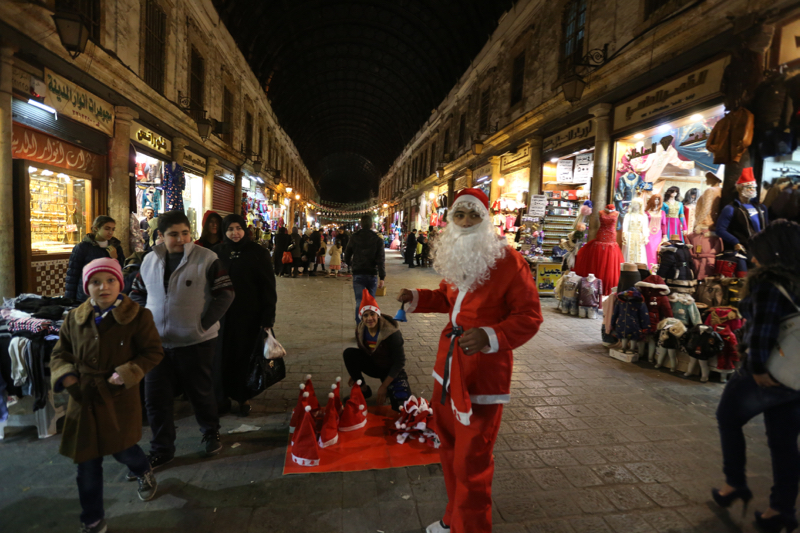 Catholic patriarchs of the Middle East - with hope, despite uncertainty in the region - called for peace, security, prayer and solidarity at Christmas.

From Baghdad, Chaldean Catholic Patriarch Louis Sako expressed hope for a "new phase" for his country, that the recent triumph over the Islamic State and the termination of terrorist control of Mosul and other Iraqi cities is a step toward security and stability.

But the liberation of those areas, he said, requires the Iraqi government to work to facilitate "the return of Christians to their homes and properties, preserving their rights as indigenous citizens, recognizing their culture, civilization and heritage as an essential part of Iraq's history and preventing demographic changes in their historical geographic areas."

Patriarch Sako reiterated that before the American-led invasion of 2003, there were more than 1.5 million Christians in Iraq. More than half of that Christian population has migrated due to discrimination, threats, abductions and the expulsion from their homes in Ninevah Plain by the Islamic State in 2014, he said.

"This is our homeland and we insist (we) remain here," he said.

He called for unity among Iraqi Christians as well as for them to work "hand in hand with their fellow Muslims." The future, Patriarch Sako said, "cannot be built without tolerance and coexistence."

"So, let us move to the path of hope together," Patriarch Sako said.

"In regard to Muslims, an honest dialogue is a must, to understand the truth of each side and accept it," he said.

Alluding to US President Donald Trump's decision to recognise Jerusalem as the capital of Israel, the Chaldean patriarch urged Christians "to stand in solidarity with the Palestinian people, who have been suffering from injustice and displacement for 70 years." He also called on them "to pray for Jerusalem to remain a holy city for Christians, Muslims and Jews."

"We categorically reject it because it is an unjust and hostile decision toward Christianity and Islam, and of the Palestinian people in particular," Cardinal Rai said. He said the decision demolished peace negotiations and could "ignite a new uprising and even war, God forbid."

Citing World Bank studies, Cardinal Rai noted that one-third of the Lebanese people remain below the poverty level. Furthermore, the presence of 1 million displaced Syrians and hundreds of Iraqis as well as half a million Palestinian refugees is "compounding the needs of the Lebanese."

Cardinal Rai called upon the Prince of Peace to protect Lebanon and "this growing (Middle East) region where Christianity originated, and to spread the culture of love, brotherhood and peace."

Syriac Catholic Patriarch Ignace Joseph III Younan noted that Lebanon, "the only country where all citizens enjoy the best possible liberty and equality," had faced numerous trials in 2017. In his Christmas message from the patriarchate in Beirut, he thanked God that the Lebanese army dispelled terrorist groups that were threatening Lebanon's "very existence."

"During this joyful season, our thoughts and prayers will particularly go to our brothers and sisters in Syria and Iraq, who have been suffering for long, because of their steadfast faithfulness to the Gospel," Patriarch Younan said. "Their presence as Christian minority that endured every kind of hardship is essential to the rebirth of their respective countries."

He added that "there is still a lot to do that would inspire confidence to our eradicated and exhausted community in order to return to their ancestral land" in Syria and Iraq.

"Economic sanctions on Syria must be lifted," the Syriac Catholic patriarch said. The sanctions, he said, "are like crimes against humanity, because they target the most vulnerable segments of a nation."

Melkite Catholic Patriarch Joseph Absi, in a message from the patriarchate in Damascus, Syria, noted that "as the various currents of the world invade the spirit of the people" and "as the land of the East is trampled by war and displacement," the faithful sometimes wonder about the presence of God "and his role in our lives."

But Patriarch Absi offered hope and reassurance in his message that "Christmas comes, the Divine Incarnation, to reveal to us that God's hand appears and accompanies us, especially in the difficult stages of our lives."

PICTURE: A man dressed as Santa is seen in Damascus, Syria, 24 December ©CNS