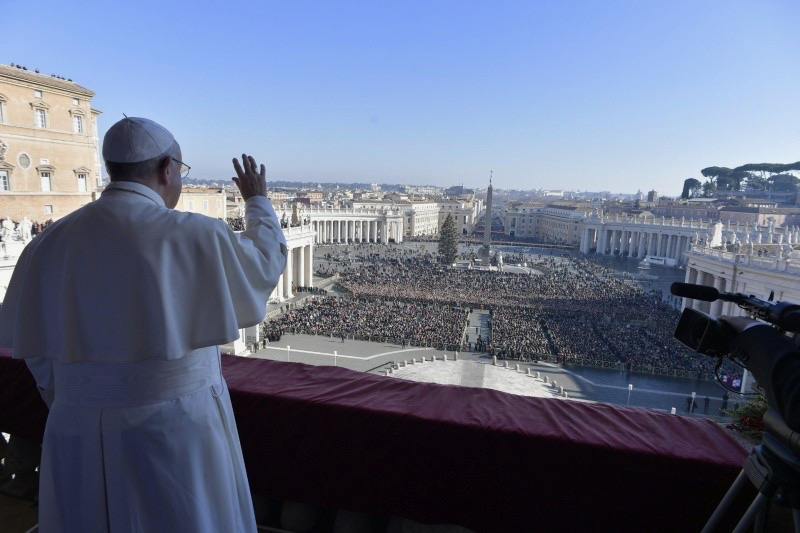 Pope Francis: We see Jesus in the suffering children

On the 60th anniversary of her first televised Christmas message the Queen joked: 'Six decades on, the presenter has ‘evolved’ somewhat' 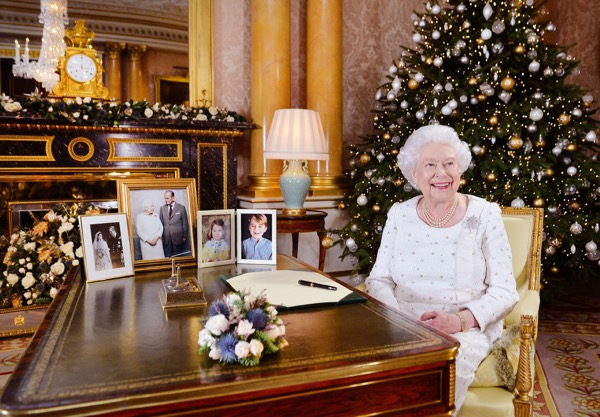 Her Majesty the Queen has said that it is “Jesus Christ’s generous love and example” that has inspired her through “good times and bad” in her Christmas message.

In her annual broadcast, the Queen focussed on the importance of home, praising the work of volunteers, charities and the many churches who arrange meals for the homeless or for those who would be alone on Christmas day.

“We remember the birth of Jesus Christ, whose only sanctuary was a stable in Bethlehem. He knew rejection, hardship and persecution,” the Queen said.

“And, yet, it is Jesus Christ’s generous love and example which has inspired me through good times and bad. Whatever your own experience is this year, wherever and however you are watching, I wish you a peaceful and very happy Christmas.

Queen Elizabeth also praised the sense of community in London and Manchester after the capital's devastating Grenfell Tower fire and the militant attacks in both cities.

“This Christmas, I think of London and Manchester, whose powerful identities shone through over the past 12 months in the face of appalling attacks,” she said.

She spoke of the “privilege” of meeting child survivors and parents of the Manchester suicide bombing in which 23, including the attacker, died at an Ariana Grande concert. She praised the survivors as an “example to us all, showing extraordinary bravery and resilience”. The benefit concert held days later had been “a powerful reclaiming of the ground, and of the city those young people call home”, she said.

On the 60th anniversary of her first televised Christmas message, which was broadcast live from Sandringham, the Queen joked: “Six decades on, the presenter has ‘evolved’ somewhat, as has the technology she described.”

The Queen paid tribute to her 96-year-old husband, the Duke of Edinburgh, praising his support and “unique sense of humour”. The Queen and Prince Philip this year celebrated their platinum wedding anniversary: “I don’t know that anyone had invented the term ‘platinum’ for a 70th wedding anniversary when I was born. You weren’t expected to be around that long,” she said.

Queen Elizabeth said that she, and her family, “were looking forward to welcoming new members into it.” The Duke and Duchess Cambridge’s third child, is due in April, while Prince Harry will marry Meghan Markle on 19 May.

Her Majesty, Prince Philip and family members attended an Anglican church service on Christmas morning near the Queen’s country estate in Sandringham. Afterwards, the Royal Family had a private lunch. Ms Markle joined the family for the first time this year.

PICTURES: Queen Elizabeth II sits at a desk in the 1844 Room at Buckingham Palace, London, after recording her Christmas Day broadcast to the Commonwealth 2017 and The Queen is seen in the Long Library at Sandringham shortly after making the traditional Christmas Day broadcast to the nation in 1957. She is holding the copy of 'Pilgrim's Progress', from which she read a few lines during her message ©PA