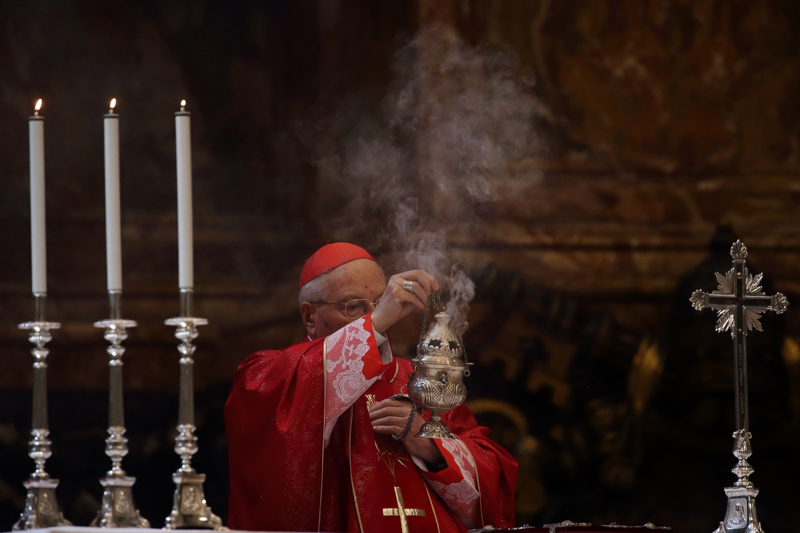 Bring peace on earth and in hearts by going to confession, pope says

The pope invited people who work at the Vatican, along with their family members and loved ones, to receive pre-Christmas greetings 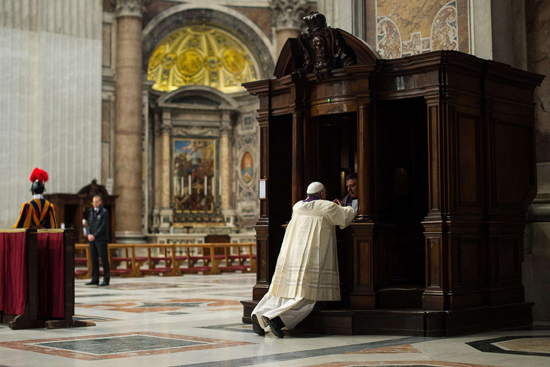 Head to confession so Christmas can be a time of peace in your hearts, Pope Francis told Vatican employees and their families.

"Yesterday I went to confession for Christmas ... and it did me good," he told the employees during a special audience in the Vatican's Paul VI hall on 21 December.

Continuing a tradition he began in 2014, the pope invited people who work at the Vatican, along with their family members and loved ones, to receive pre-Christmas greetings. The now-annual meeting follows a longer-held tradition of the pope meeting with members of the Roman Curia -- the church's central administrative offices -- as well as cardinals living in Rome and members of the papal household.

On his way into the audience hall, the pope blessed, hugged, kissed and high-fived some of the many children who were present. Some offered gifts or notes to the pope, who celebrated his 81st birthday 17 December.

The pope thanked the employees for being an important part of the church's universal mission, and for helping run "this train that is the Vatican, the Holy See, that seems so heavy, so big with so many problems."

One pressing problem he wanted to fix was the continued existence of precarious employment at the Vatican and jobs that were "off the books," he said to applause.

"I don't want any under-the-table employment at the Vatican," he said.

He asked for their help in addressing a current Vatican law that allows for temporary contracts. It is acceptable to allow for temporary work contracts during a trial period, he said, but only for one year, maybe two, but no longer than that.

"We have to work so that there will never be any precarious employment and employees here anymore," he said, asking their forgiveness that the situation still exists.

"For me it's a problem of conscience because we cannot preach the social doctrine of the church and then do these things that are not right," he said.

The pope urged couples and families to seek help in times of trouble or crisis and to never argue in front of the children. Seeing parents fight makes the children suffer and they do not always understand the circumstances behind the arguments, he said.

"Take care of families," he said, because they are "an immense jewel."

Acknowledging that most employees had heard him talk about gossip on many occasions, Pope Francis said he still thought it was important to mention. He urged employees, especially those who should be setting a good example for others, to "bite your tongue" instead of tearing other people down.

And lastly, the pope again asked for their forgiveness, saying, "I'm sorry because we do not always set a good example."

By "we," he said he meant other clergy and himself because he, too, sometimes loses his patience.

"There are mistakes we clergy make in life, sins, injustices, or sometimes we treat people badly, (we are) a bit neurotic," he said. "Forgive us for all these examples that are not good."

And, he told them, do not be afraid to ask for forgiveness, too, and to go to confession if their conscience was bothering them.

The Christmas season "is a good time to create peace inside ourselves, too. We are all sinners. All of us," he said.

"Let's do a good housecleaning of the heart this Christmas so as to be at peace and happy," he said, wishing them all a Merry Christmas.