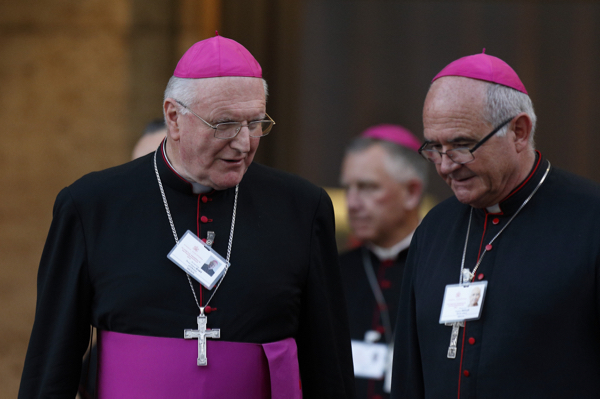 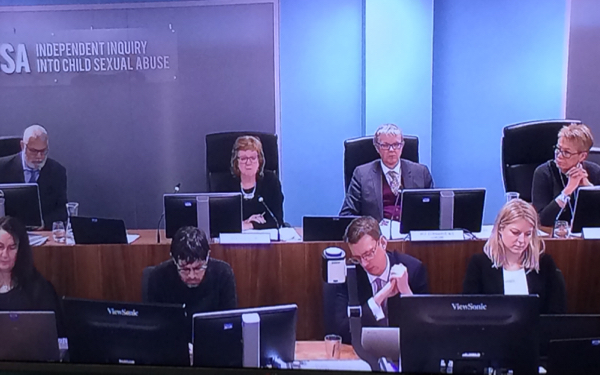 There is something inherent in the “very nature” of the English Benedictine Congregations’ schools and monasteries that has contributed to and “even enabled” the scale and extent of child abuse, the national inquiry into child sex abuse has heard.

On the final day of a three-week hearing into the Congregation as part of the Independent Inquiry into Child Sexual Abuse (IICSA), which is taking place in London, the inquiry heard closing statements, including recommendations, from four lawyers representing victims of abuse.

Dominic Ruck-Keene, who is acting on behalf of a group sexual abuse survivors, said he believed the role of the abbot in the English Benedictine Community is of particular concern.

Abbots, he told the inquiry, hold “too much power” and are subject to a conflict of interests. An abbot’s desire to maintain the fellowship of a community has “a very real effect on safeguarding decisions and actions” he said.

Likewise, he said, monks and priests could sometimes be seen as figures who are beyond reproach.

Mr Ruck-Keene said he noted past and continued institutional weaknesses of the English Benedictine Congregation, including a lack of central direction; a lack of central record keeping; and active investigation and management of abusive monks, even when the Abbot had been informed of particular concerns about individuals.

All these he said, “appear to have contributed to the erratic and inconsistent record of individual abbeys understanding and implementing what were meant to be national safeguarding policies.”

He made recommendations including calling for “a properly resourced and staffed” national Catholic safeguarding organisation with new and extended investigative mission; a central register of all English Benedictine monks including records of all safeguarding concerns and clear church legislation so abbots cannot opt in and of “supposedly national policies and procedures depending on their private whim or preference with no external accountability.”

He concluded with a plea for the inquiry to act on these recommendations:

“The monks that abused these children were in loco parentis. The victims were you and sexually innocent but perhaps worst of all the monks betrayed their spiritual position and authority. The victims were abused by those who they had been brought up to see as God’s representative on earth. The depth and significance of this betrayal is why you should act,” he told the hearing.

Mr Sam Stein QC, representing more than 12 former schoolboys from a Catholic Comboni missionary school, which has core participants’ involvement in the investigation, said that over the three weeks the inquiry had heard evidence relating to whether the catholic church was capable of enforcing good governance and high and uniform standards of child protection.

In a strong criticism he concluded: “The answer appears to be no.”

“The Catholic Church is and remains so opaque, so disparate and so full of separate bodies not answerable to any central authority it is hard to see how it can, without huge reform, demonstrate that it can provide good governance and high standards of child protection,” he said.

Mr Stein called for laws to ensure that priests must report sex abuse, including abuse reported within confession.

He said that the refusal to act upon reports of child abuse received in confession is one of the most obvious examples of a “serious structural inhibitor to child protection.”

“A culture whereby confession is part of the regime of secrecy allows abuse to continue,” he said.

“The confessional rule embodies the extent of the trust monks and priests have with each other. This keeping of secrets until death does us part is part of the very fabric of their lives,” he explained.

He added: “Unless God is going to call the police we have a problem.”

Mr Iain O’Donnell of the law firm Slater & Gordon, who is representing 27 core participants, told the inquiry that without mandatory reporting the Catholic Church would continue to present a “formal outward appearance of the paramount importance of safeguarding” but in practice would do nothing to stop it.

“It is time for these institutions to be forced into the modern era by reminding that they be subject to clear mandatory reporting, “he told the inquiry

“Mandatory reporting will change the culture within these institutions whether the Roman Catholic Church likes it or not,” he added.

Matthias Kelly QC, for Ampleforth, said that the school recognised that things had gone wrong in the past and was “deeply sorry for those failings.”

He added: “Ampleforth endorses the idea of mandatory reporting of allegations of child abuse to the statutory authorities, that, of course, being the practice along the lines which Ampleforth already adopts.”

He added that it was right to develop policies and procedures which entrenched a culture of safeguarding in all schools, calling this “a very necessary first step”.

Kate Gallafent QC for the English Benedictine Congregation, said that the statistics regarding allegations of child sexual abuse against 12 Downside monks were “shameful”, and that representatives from the school had “unequivocally apologised to all victims and survivors of child sexual abuse perpetrated by those associated with Downside.”

She suggested that the statistics belied a “significant improvement in safeguarding at Downside in recent years”, pointing to comments made earlier in the inquiry by Liam Ring, a safeguarding coordinator for the Clifton diocese who has also had experience as a child protection police officer.

She said: “As he [Liam Ring] put it, Downside school is now ahead of the game in some respects in relation to their safeguarding and their risk assessment frameworks.”

Regarding the recommendations of mandatory reporting, she cautioned: “It wouldn’t be appropriate to reach any conclusions on this point without having heard from other senior members of the Catholic Church and other interested parties.”

The Independent Inquiry into Child Sexual Abuse (IICSA) was set up in 2015 to investigate whether a number of public bodies and other non-state institutions in England and Wales "have taken seriously their responsibility to protect children from sexual abuse".