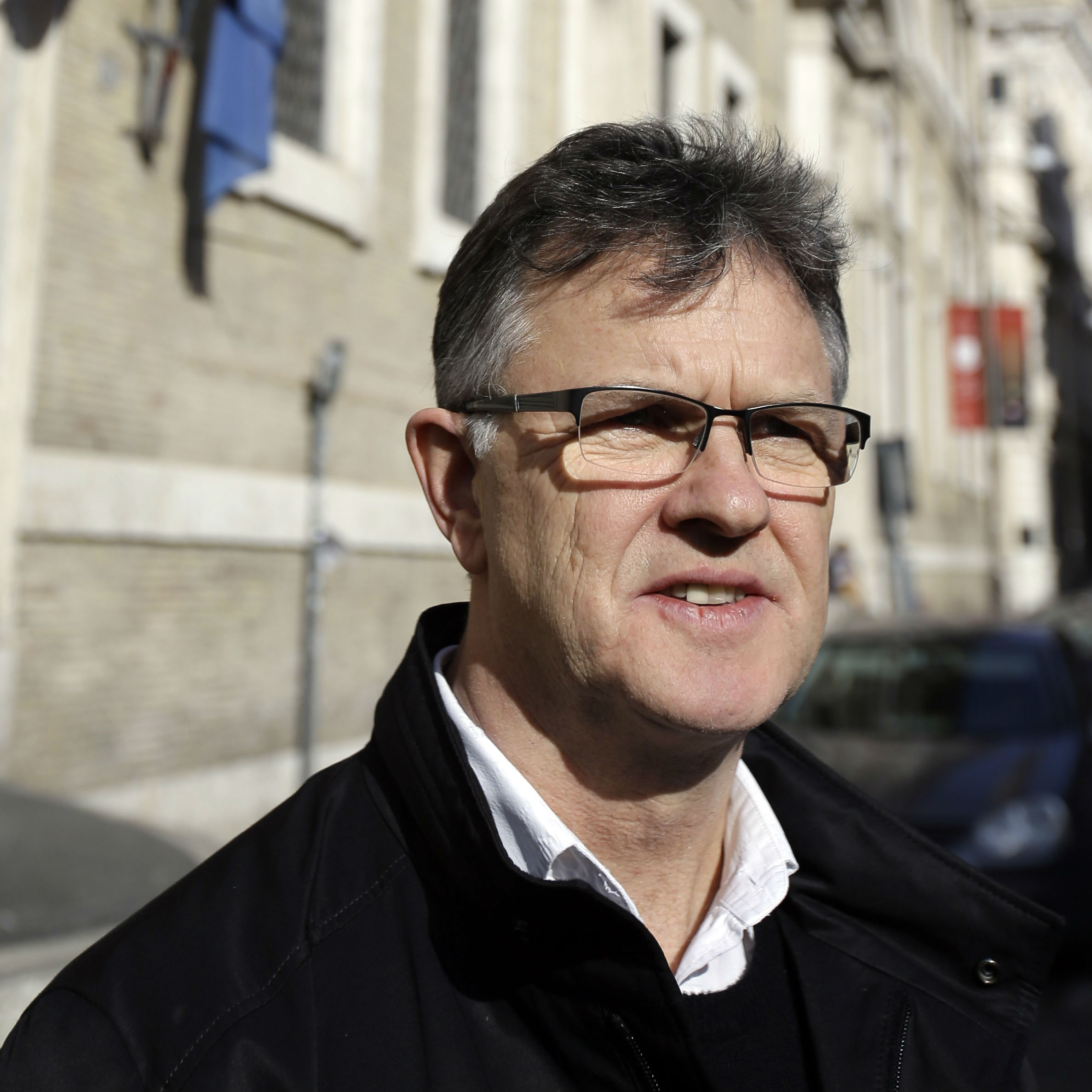 A life-size sculpture which depicts Jesus as a homeless man sleeping on a bench has been installed in Glasgow city centre, the first place in the United Kingdom to receive the statue. Castings of the sculpture have been placed in cities around the world since 2013. Churches and homeless charities hope the artwork will help raise awareness of the plight of homeless people.

Cast in bronze, the shrouded figure is identifiable as Jesus only from the crucifixion wounds on his feet. Canadian Catholic artist Timothy Schmalz  created it.

A retired Glasgow priest, Father Willy Slavin, made the project possible after Mr Schmalz contacted him in 2015. Fr Slavin then enlisted the support of Glasgow Churches Together  before helping raise the money needed to get the statue from Canada, where it was cast, to the UK. Fr Slavin said he was happy the city was the first place in the UK to have the sculpture: “This will be a good thing for Glasgow and it will highlight the issue of homelessness, which is practically a nationwide industry.” 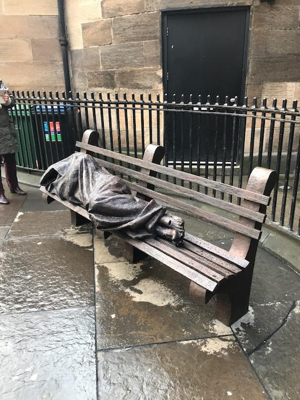 Scottish First Minister Nicola Sturgeon wrote in the Evening Times:  “It sends a powerful message – that homelessness could affect any of us at any given time of our lives. What is equally significant about this particular piece of art is that there are now over 75 of these statues worldwide, from India to Australia and even in the Vatican, demonstrating that homelessness is not just a challenge for a few countries – it is a truly global issue which requires all of our attention.”

A smaller version of the piece has gone to the Vatican  and was blessed by Pope Francis.

Last year Westminster council refused to give planning permission for the sculpture to be placed outside Methodist Central Hall Westminster, arguing it  “would fail to maintain or improve” the area.

Fr Slavin commented: “It’s a good reflection on [Glasgow] council, credit to them for leading the way on this where Westminster didn’t.” Mr Schulz added : “There has to be room for catholic art which is challenging, and it’s great that the people of Glasgow had the courage to have the strong message that the piece brings in their city centre.”

A cast of the statue is also due to be  installed in Manchester after the council approved plans late last year.