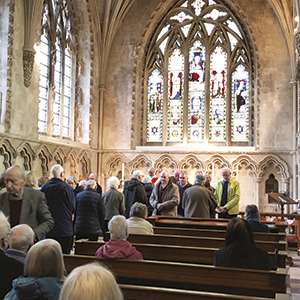 Delegates at the Pro Life Campaign’s (PLC) national conference in Dublin have criticised a cross-party parliamentary committee that is reviewing recommendations made to change Ireland’s abortion laws. The committee is due to publish its recommendations by 20 December and a referendum is expected next May or June.

Pro-life advocates say the committee is weighted in favour of repealing the amendment, which recognises the equal right to life of the mother and the unborn child and was inserted into the Constitution after a referendum in 1983. Addressing up to 1,000 people last weekend, Senator Rónán Mullen, a member of the committee, described it as “skewed from the start” with an “overwhelming bias” towards repeal. The independent senator said members weren’t interested in hearing from those whose lives had been saved by the amendment.

The keynote address at Sunday’s event was given by Catholic peer, Lord Alton, who urged people in Ireland to “think deeply” before changing a law that has safeguarded life: “When MPs voted for the Abortion Act in 1967, most believed that it would only ever be used in the most extreme circumstances. Once you start carrying out abortion in Ireland it will be the slippery slope that takes you down the quagmire that we have in the UK where one abortion now takes place every three minutes.”

Senator Catherine Noone, the chair of the parliamentary committee, responded to the criticisms by telling RTE News that “we have to go beyond pro-life, pro-choice polarisation”.