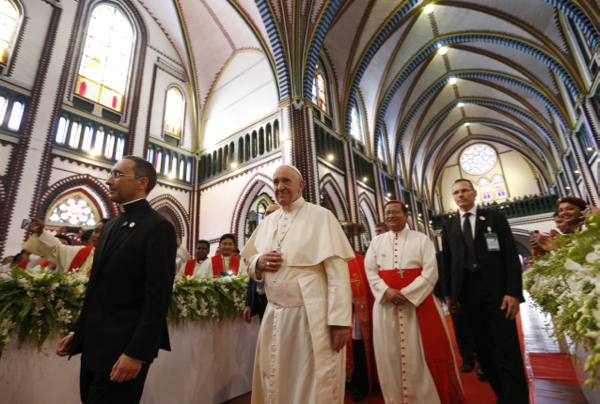 Archbishop of Iraq celebrates memorial Mass for victims of genocide

Persecuted Christians have 'suffered at the hands of ISIS because they love God with their whole mind, their whole soul, and their whole heart' 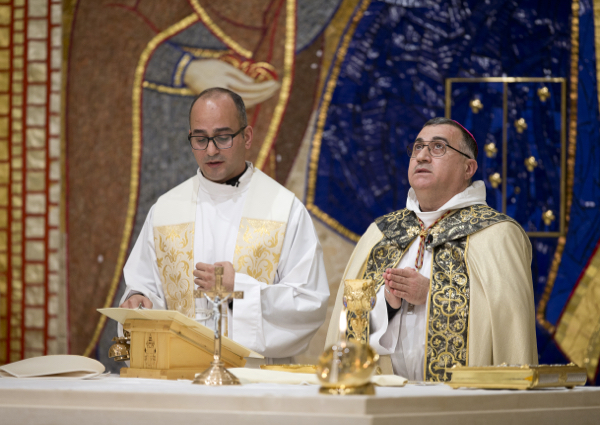 Chaldean Catholic Archbishop Bashar Warda of Irbil, Iraq, spoke about the blessings that can be found in the midst of persecution.

He made the comments in his homily during a 28 November Chaldean Catholic memorial Mass for victims of genocide at the hands of Islamic State fighters.

The Mass was celebrated at the St. John Paul II National Shrine in Washington and was a part of the Week of Awareness for Persecuted Christians sponsored by the U.S. Conference of Catholic Bishops, the Knights of Columbus, Catholic Relief Services, the Catholic Near East Welfare Association and Aid to the Church in Need.

Archbishop Warda was the principal celebrant of the Mass, and was joined by Father Salar Kajo, a parish priest in Teleskof, a town in the Ninevah region of Iraq that was just liberated from Islamic State control.

As the two celebrants entered the shrine at the beginning of the Mass, they chanted prayers in Aramaic. The majority of the Mass, including the eucharistic prayers and the Our Father, also was prayed in that language, which Jesus spoke as he lived 2,000 years ago in the same region of the world where Christians are being persecuted today.

Since the Islamic State militant group invaded northern Iraq in 2014, Archbishop Warda has cared for the majority of the Christians in Iraq, many of whom fled their homes and went to reside in Irbil. Now, church leaders there are helping many of them return to their homes.

During his homily, Archbishop Warda told the congregation that many people ask him if there are any blessings in being persecuted, and he said the answer is "Yes."

"God shows his love and care by the solidarity being shown by people outside," said Archbishop Warda. "The will of God is helping his people, helping the needy, being near the poor and persecuted."

The blessing of persecution, the archbishop said, is "we learn how to give and how to receive with love."

Archbishop Warda described how the example of both the Christians who are suffering persecution and the people who are helping them demonstrate the meaning of the great commandment to love God and neighbour.

The persecuted Christians in the Middle East have "suffered at the hands of ISIS because they love God with their whole mind, their whole soul, and their whole heart," said Archbishop Warda.

By refusing to denounce their faith despite the threat of being forced to leave their homes or even losing their lives, these Christians have demonstrated that they love God more than their possessions, their homes, and even their families, the archbishop said.

"They could have kept it all if they simply denounced their faith, but they did not do that," he said. "They chose Christ."

The other people around the world who have chosen to help those Christians have demonstrated the second half of that great commandment by showing what it means to love their neighbor, said Archbishop Warda.

"The love of neighbor in this case is particularly meaningful," he said. "Those helping from the West will likely never know the person, but they help anyway. ... It shows everyone we are protectors of our brother no matter who it is."

To conclude his homily, Archbishop Warda offered to God all the "purifying souls" of those who died for their faith, and also the souls of everyone gathered there, to ask God to strengthen them.

"May God help us all to always be beside the needy and the persecuted ones," he prayed.