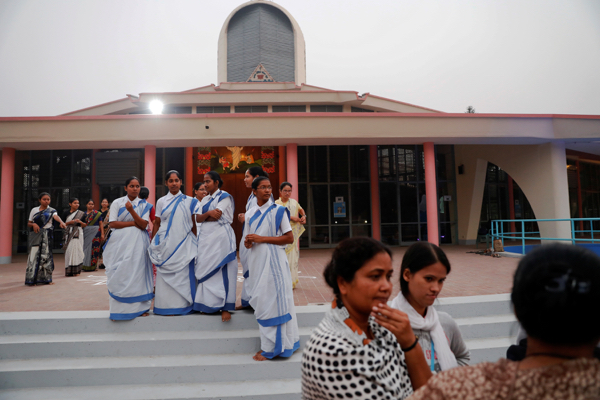 Lawyers asked for the hearing to be adjourned to 4 December, pending a neuropsychologist’s assessment of Archbishop Wilson 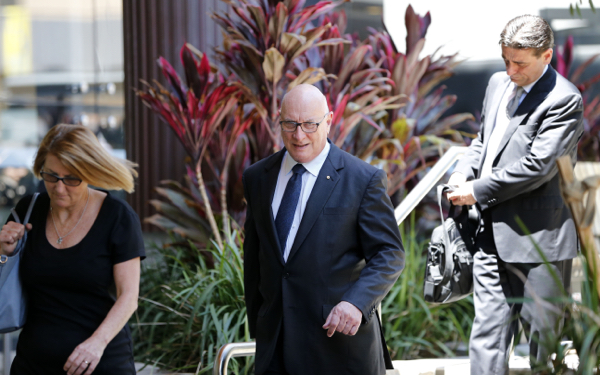 Archbishop Philip Wilson of Adelaide has announced that he has been diagnosed with Alzheimer's disease on the day he was to face charges of having concealed child sexual abuse by a fellow priest 40 years ago. But he has expressed no intention of resigning.

Lawyers for the 67-year-old leader of South Australia's Catholics, a former President of the Australian Catholic Bishops Conference, told the opening day of what had been expected to be a two-week trial in the New South Wales city of Newcastle on 28 November that the Archbishop had had a pacemaker fitted six days earlier and remained in Adelaide. But they also said concerns had been raised about Archbishop Wilson's cognitive capacities.

On the same day, Archbishop Wilson issued a circular "Letter of Importance" addressed to "the priests, deacons, religious brothers and sisters, and all the People of God in the Archdiocese of Adelaide" in which he confirmed his heart problems and Alzheimer's diagnosis.

Adelaide neurologist Dr Andrew Lee told Newcastle Local Court that he had provided a “working diagnosis” of Alzheimer’s disease after lawyers for the Archbishop referred him for assessment.

“There are parts of the Archbishop’s brain that are not working properly, abnormally so,” Dr Lee said.

He faces two years' jail if found guilty of the charge of failing to report child abuse.

The case relates to abuse by the late Fr Jim Fletcher, who died in prison 11 years ago, in the Maitland-Newcastle Diocese, Archbishop Wilson's home diocese, in the late 1970s. The Archbishop, who was an assistant priest at the time of the abuse, has unsuccessfully tried three times to have the charge dismissed and proceedings permanently stayed.

Barrister Stephen Odgers, for the Archbishop, told the court that his client was keen to have his day in court. But he asked for the hearing to be adjourned to 4 December, pending a neuropsychologist’s assessment of Archbishop Wilson, with the possibility that a negative assessment could mean adjourning the trial until May.

Magistrate Caleb Franklin adjourned the matter until Friday 1 December to determine if the Archbishop could be assessed before a trial to start the following Monday.

He rejected a Crown application to start the trial before Archbishop Wilson was assessed, telling the court: “If he’s not fit to stand trial, then I can’t force the matter to proceed."

But Mr Franklin also said it was completely unsatisfactory that the Archbishop’s adjournment application had been left so late.
In his letter to Adelaide's Catholics, Archbishop Wilson wrote that he had a "nasty fall' on 11 October, in which he injured his head.

"I was unconscious for a small amount of time and I lost a lot of blood," he wrote. "The blood thinner medication I take contributed to the significant blood loss.

"In the weeks following this event, some of my colleagues noticed that I was not myself and advised me to have a number of medical tests.

"As a result of those tests, it was determined that I needed a pacemaker attached to my heart, and the neurological tests have diagnosed that I have Alzheimer’s disease.

"And all this has been occurring while I have been preparing for the trial that begins today (November 28, 2017) in Newcastle, NSW. I have informed the Court about my recent diagnoses which I hope will not prevent the process from at least starting. However, I am advised that it is now solely a matter for the Court to determine what will need to happen from this point."

Archbishop Wilson acknowledged that the diagnosis of Alzheimer’s disease would alarm many people.

"It is a present reality that much stigma is still associated with Alzheimer’s disease. An initial reaction by many people is to think that life is all but over, and that a person with such a diagnosis cannot continue to live a productive life and contribute to society. I am fully aware that some people will now judge me in this light. But I hope to prove them wrong!

"I have been prescribed medication that may assist me greatly in slowing the progress of this disease and indeed improve my present condition and I will, of course, see my neurologist regularly for testing and medical support. However, if a point comes in the next 8 years before my mandatory retirement as Archbishop of Adelaide, at 75 years of age, and I am advised by my doctors that the effects of Alzheimer’s disease might be beginning to impair my ability to function properly as Archbishop, I will offer my resignation to the Holy Father.

"I have informed Pope Francis’ Ambassador in Australia, the Apostolic Nuncio, of my diagnoses and will provide him with the medical reports from my specialist physicians and I will update him regularly with the results of tests and consultations with my neurologist during the years ahead.

"With the grace of God, I am at peace with the situation in which I now find myself. I am in God’s hands and I trust in the love and care of the Lord on the journey of life I have before me.

"I ask that you take this information that I am providing to you calmly and peacefully. There is no cause for panic. I will continue to be present to you with all the love I have for the Archdiocese of Adelaide. And I intend to reach out to others who live with the Alzheimer’s condition and to be a sign of support and encouragement to them."

The drama surrounding Archbishop Wilson was occurring as his brother bishops were conducting their biannual plenary meeting in Sydney, about 160 kilometres south of Newcastle, which is due to conclude on Friday.