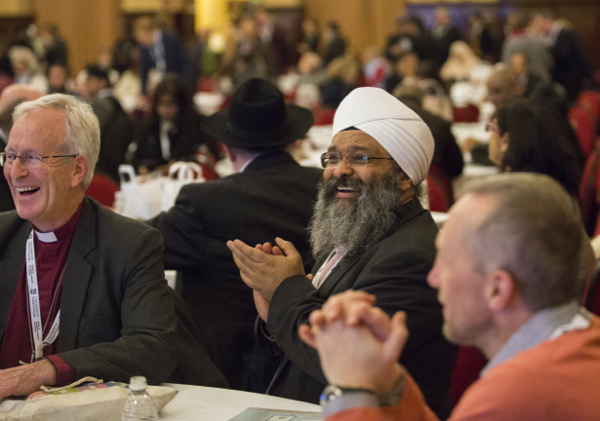 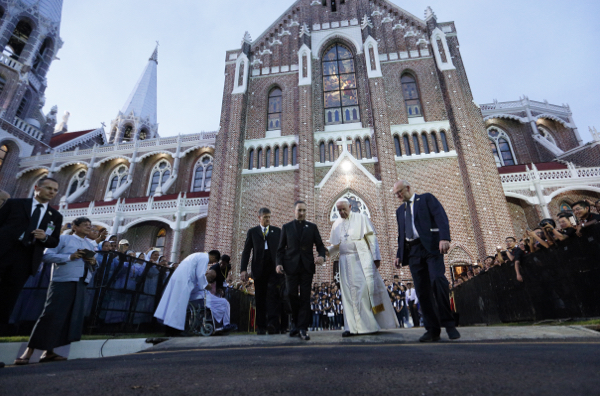 Vatican diplomacy is not infallible and Pope Francis should not be expected to solve the Rohingya crisis, Holy See spokesman Greg Burke told journalists at the end of the last full day of the papal visit to Myanmar.

Burke said the Pope is “not all powerful” and that his decision not to use the word Rohingya in his speech in Nay Pyi Taw was was to build bridges with the country’s leaders. The decision by the Pope not to explicitly mention the Rohingya crisis in his speech to authorities was taken after the Church on the ground warned the using the word could spark protests.

Although he has raised the issue of the driving out of Rohingya Muslims from Myanmar into Bangladesh on more than one occasion in the Vatican, he opted to take a diplomatic approach on what was the first papal visit to the country formerly known as Burma.

“Nobody ever said Vatican diplomacy is infallible, its doctrines that are infallible,” Burke told journalists during an at times tense press briefing in Yangon this evening.

He added that just because the word hadn’t been used it “didn’t take anything away” from what the Pope had said before and what he may or may not have said in private meetings with military leaders, the country’s president and Aung San Suu Kyi, state counsellor. While the spokesman said that such meetings remain private the Pope was a “very free man”, hinting that the Rohingya issue may have been raised.

Burke also denied that Francis’ refusal to use the word had damaged the Pope’s moral authority given it had led to criticism from some commentators and a response from Amnesty International describing his speech as “disappointing.”

The word “Rohingya” is hotly contested in Buddhist-majority Myanmar with many arguing they are new arrivals from Bangladesh and not long term citizens of the country. There is also a widespread fear of militant Islam in Myanmar with many expressing concern that terrorism could be exported to the county.

Speaking at the press conference Bishop John Hsane Hgyi, President of the Bishops’ Conference of Myanmar, said he was not aware of ethnic cleansing in the Rakhine state, where the Rohingya are being driven out from. He also suggested that outsiders were not well informed of the situation on the ground.

The Bishop said the problems in the Rakhine dated back to 1943 and were exacerbated under British rule.

In Myanmar Aung San Suu Kyi has been heavily criticised for not doing more to address the crisis and she too refuses to use the word Rohingya instead talking about the difficulties in the Rakhine state.

When asked if the Pope was putting his support behind Suu Kyi as the best hope for democracy in the country, Burke said the Vatican did not line up behind particular political candidates. But Father Mariano Soe Naing, a spokesman for the bishops’ conference in Myanmar, said the local church was strongly behind her. He said her awards such as the Freedom of the City of Oxford - formally revoked by the council on Monday - could be returned but the journey for democracy will continue.

“We have been through such a struggle in this country and we cannot compromise the blood spilt in this struggle,” he said.

Some in the Church feel that Aung San Suu Kyi is being used as a human shield by the military leaders during the Rohingya crisis. While government forces are responsible for the violence, the generals are avoiding criticism.

In a sign of the power the military still hold in Myanmar, it was the generals who were the first political leaders to meet the Pope on the day he arrived in Yangon. Burke said the meeting was requested by the military and that Francis would “probably have preferred” to have followed normal protocol and seen them after meeting the country’s president.

Tomorrow the Pope flies to Bangladesh were he is due to meet with representatives from the Rohingya community.

PICTURE: Pope Francis arrives for a meeting with the bishops of Myanmar at St. Mary's Cathedral in Yangon, Myanmar, 29 November ©CNS