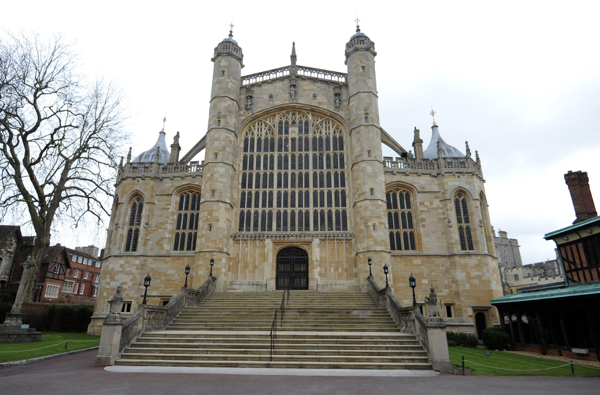 Meghan Markle to be baptised and confirmed before wedding at Windsor

In first ever public Papal Mass in Myanmar, Francis urged Myanmar's Catholics not to give in to anger and revenge 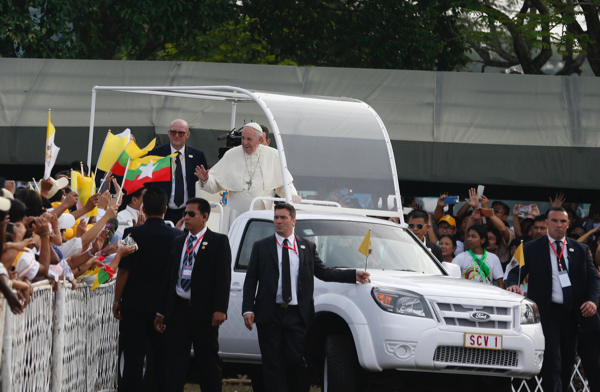 The Pope has urged Myanmar’s Catholics to use the “spiritual GPS” of forgiveness and mercy in their attempts to overcome the violence that has ravaged their country.

In the first ever public Papal Mass in Myanmar, Pope Francis urged them in his homily not to give in to anger and revenge a response which he described as a “worldly wisdom” that was “deeply flawed.”

“I know that many in Myanmar bear the wounds of violence, wounds both visible and invisible,” the Pope told a crowd of tens of thousands gathered at the Kyaikkasan Ground, a sports arena known in colonial times as the “Rangoon Turf Club” and was used for horse racing. “Yet the way of revenge is not the way of Jesus.”

Francis went on: “his message of forgiveness and mercy uses a logic that not all will want to understand, and which will encounter obstacles. Yet his love, revealed on the cross is ultimately unstoppable. It is like a spiritual GPS that unfailingly guides us towards the inner life of God and the heart of our neighbour.”

According to Vatican statistics there are around 700,000 Catholics in Myanmar – approximately one per cent of the population – with the Church in the country educating more than 13,000 children in their schools and running hospitals, medical clinics and orphanages. The Catholic community is renowned for co-existing successfully among other religious communities and able to cross the numerous ethnic differences.

“There are clear signs that even with very limited means, many communities are proclaiming the Gospel to other tribal minorities, never forcing and coercing but always inviting and welcoming,” the Pope said today. “Amid much poverty and difficulty, many of you offer practical assistance and solidarity to the poor and suffering.”

The Mass took place at 0830 local time with Francis entering in his popemobile and circulating the crowds with people cheering and waving flags before processing with bishops and cardinals to a pagoda-style altar. The liturgy was in the main celebrated in English although the Gospel was said in Burmese, and Francis delivered his homily in Italian which was then simultaneously translated.

Leaders of various Christian denominations, dignitaries and diplomats were all present at the Mass, including the British Ambassador to Myanmar, Andrew Patrick. He told The Tablet: “The Catholic community is a big community – nearly a million – and this is a wonderful moment for them. And its an important moment for the country to have a world religious leader here at this difficult time.” He added that the Pope’s words yesterday in Nay Pyi Taw both publicly and privately would be listened to. 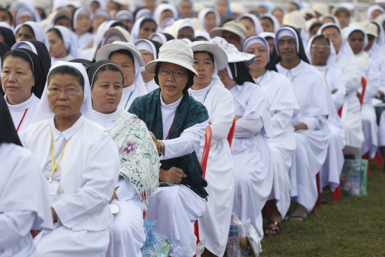 The Mass took place on the Pope’s second full day in Myanmar, the first papal visit to the country, which has come as it grapples with a humanitarian crisis which has seen hundreds of thousands Rohingya Muslims driven over the border from the western Rakhine state and into Bangladesh. Yesterday the Pope called for inclusion of all ethnic groups in the country although stopped short of explicitly mentioning “Rohingya”, a word which has hotly contested inside the country. Today, a reference was made to the Rohingya crisis however where a prayer called for "an end to conflict in the states of Kachin, Rakhine and Shan".

The atrocities perpetrated against the Rohingya, largely committed by government forces, is the latest in a long line of crackdowns against ethnic groups by Myanmar’s powerful military. In 2009, in the east of the country, tens of thousands of Shan near the border with Thailand while government forces are also currently engaged in fighting in the largely Christian state of Kachin. And the long reign of the military – from 1962-2011 – saw brutal crackdowns on protesters and democracy campaigners. While Nobel Laureate Aung San Suu Kyi is now the country’s state counsellor and foreign minister the military still retain power including control over borders and home affairs.

Francis’ homily recognised the long history of suffering which the Burmese people had suffered, but his message called on Catholics to work for reconciliation. The Church in Myanmar, led by its first cardinal, Charles Bo, has made peace and nation building among its key priorities.

This context gave the words of Luke’s gospel a special resonance when it was read out today – a text not specially chosen but the passage set by the whole Church for this day:

"Men will seize you and persecute you; they will hand you over to the synagogues and to imprisonment, and bring you before kings and governors because of my name,” the passage from Luke 21:12-19 explained. “You will be hated by all men on account of my name, but not a hair of your head will be lost. Your endurance will win you your lives.”

Later today the Pope is meeting with Myanmar’s Buddhist leaders and then with the country’s bishops at St Mary’s Cathedral.