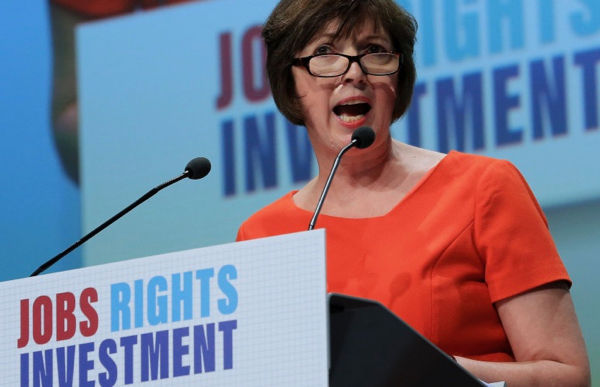 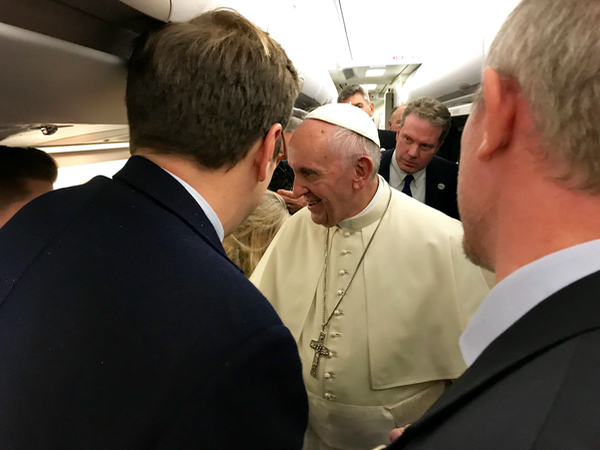 Pope Francis became the first Pope to set foot in Myanmar today as he kicked off a visit likely to be the most diplomatically tense of his papacy.

The 80-year-old Argentine pontiff arrived in Yangon at 13.30 local time where he was greeted by the Apostolic Nuncio, the country’s bishops and a delegation from the country’s president.

Pope Francis first meetings in Myanmar took place soon after his arrival with the military's top brass, a sign of the continuing power the military hold in the country.

At 17.55 local time in archbishop's house Yangon, the Pope received a courtesy visit from General Min Aung Hlaing, the leader of the army, Lieutenant General Tun Tun Naung and Lieutenant General Soe Htut who are both in charge of special operations. A military note taker was also present.
The meeting took place for 15 minutes and a Holy See spokesman said they discusses the "great responsibility of the authorities in the country in this moment of transition". An exchange of gifts then took place with the Pope giving the generals a medal commemorating his visit while the general give Francis a harp in the shape of a boat an ornate rice bowl.
Myanmar's 400,000 strong army still retains huge influence in the country, and their significant presence in the country's parliament allows them to block legislation.
The meeting comes ahead of the Pope's visit to the capital of Myanmar, Naypyidaw,  tomorrow where he will meet Aung San Suu Kyi, the country's de facto leader, and address civic leaders. 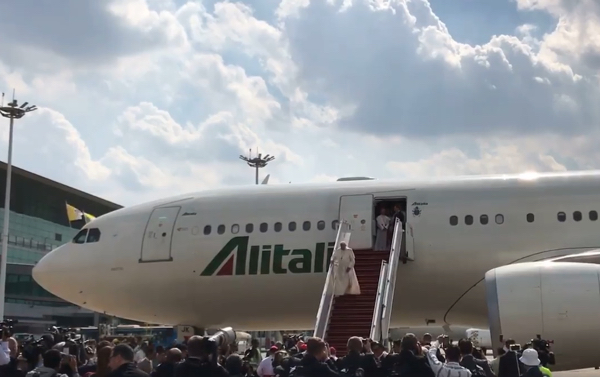 Francis comes to the country formerly known as Burma after 600,000 Rohingya muslims have been driven out of Rakhine state into Bangladesh in what the United Nations described as a “textbook case” of ethnic cleansing. The Pope has repeatedly raised the plight of the Rohingya in the Vatican, but on this trip he has been advised by the local church not to identify the Rohingya by name for fear of sparking protests. At least one senior Vatican source was reported as saying that the decision was taken some time ago that he will not use the word. It was also announced by the Vatican that Francis will meet Myanmar’s military leader privately this afternoon at 18.00 local time.

As the Pope stepped off the plane and walked down a red carpet, he was greeted by a group of school children representing different religious and ethnic groups, including two Muslims and a Sikh, while a larger group of children waved flags and sang songs as he left the airport.

Crowds estimated up to 30,000 lined the streets has Francis left for archbishop’s house in Yangon where he is being hosted by Myanmar’s first Cardinal, Charles Bo.

The Buddhist-majority Myanmar has a varied mix of ethnic groups while Catholics make up 700,000 - or 1.3 per cent - of the 51 million population. Following British colonial rule in Myanmar which ended in 1948, the natural resources rich country was run by the military from 1962-2011. Renowned for its beautiful natural scenery and stunning Buddhist temples, Myanmar has an exoticism that has long captivated outsiders depicted in George Orwell’s “Burmese Days” and Rudyard Kipling’s poem “Road to Mandalay.”

Under the military Myanmar was largely closed off to outsiders although today it has a steady stream of tourists as the country transitions to democracy under the leadership of Nobel Peace Prize winner Aung Sang Suu Kyi. Observers on the ground point out, however, although the generals still retain much of the power including control over home affairs, borders and hold 25 per cent of the seats in Parliament. And it is the military who have been accused of driving out the Rohingya.

Nevertheless, Suu Kyi has come under heavy criticism for not speaking out against the atrocities committed by government forces against the Rohingya. Buddhist groups and military leaders fear that the Rohingya - who they describe as Bengalis - are importing Islamic extremism to the country.

On board the plane from Rome to Yangon the 80-year-old Argentine Pope seemed in good spirits, albeit a little tired, joking with reporters about the hot weather before coming round to greet each one individually. The papal plane to Yangon took off at 21.40 from Rome, the time that Francis is normally tucked up in bed, so his meet and greet of journalists took place faster than usual.

After meeting his welcoming party, the Pope was driven in a blue Toyota sedan to the archbishop’s residence where he was greeted by 100 people dressed in traditional costumes while many more lined the street on the way into the property.

Tomorrow, Francis is travelling to Naypyidaw, the country’s capital, where he will meet Aung Sang Suu Kyi, who holds the title of State Counsellor, and address Myanmar’s political leaders. He last met Suu Kyi in the Vatican for an audience in May and it was on this occasion that the Holy See and Myanmar announced they were establishing full diplomatic relations.

While the Suu Kyi has been criticised in the west Cardinal Bo has come to her defence and is appealing to the international community to support her. He argues that without her Myanmar’s fragile democracy is at risk.

(Both pics of Pope Francis on and leaving the plane by Christopher Lamb in Myanmar. Comment on this story and watch Chris' live video footage on our Facebook page. Follow The Tablet on Twitter.)