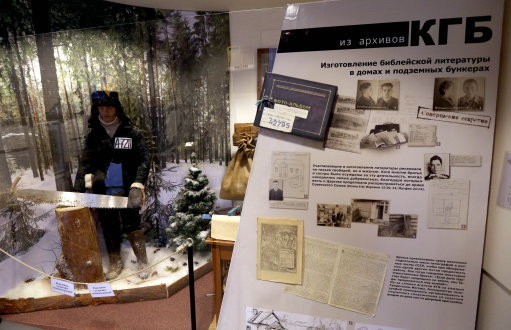 Ukraine makes Christmas a public holiday in defiance of Russia 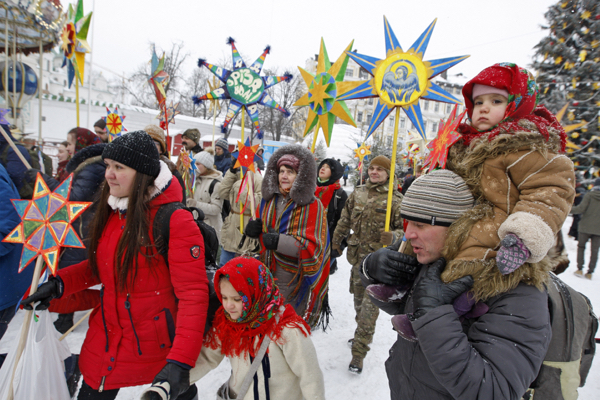 Ukraine's Catholic Church has welcomed a vote by MPs to make the 25 December Western Christmas a public holiday for the first time, in addition to the 7 January Orthodox Christmas.
"We're very grateful to the parliament - it's a great joy for our faithful, who often had to go to work or school and will now be able to celebrate Christmas in full", said Archbishop Mieczyslaw Mokrzycki of Lviv, the Bishops Conference president. "It will also be a huge practical convenience, since they were only able to go to church up to now in the evening. Since many families are mixed, it will strengthen community bonds".
The archbishop was reacting to an overwhelming decision by the Kiev-based Verkhovna Rada to amend the Labour Code by adding 25 December to the list of public holidays. The secretary of Ukraine's National Security and Defence Council, Oleksandr Turchynov, predicted the move would "strengthen Ukraine's European integration" by "breaking away from Moscow calendars and Russian imperial standards", and enabling the country to "celebrate Christmas with the whole civilised world".
However, it was condemned by Ukraine's largest Orthodox church, which is linked to Russia's Moscow Patriarchate, whose information director, Archbishop Irpen Kliment, said the "overwhelming majority" of citizens celebrated the 7 January Orthodox Christmas. "Christ was born once, not twice", Archbishop Kliment said in a statement. "By trying to convert Christmas from a religious event into a farce, the Verkhovna Rada clearly doesn't care much about the views of Ukrainians".
The 25 December Western Christmas is celebrated by Catholic and Protestant Christians globally, as well as by 10 of the world's 15 Orthodox churches.
PICTURE: Ukrainians wearing traditional folk dresses sing Christmas carols and carry the decorated stars of Bethlehem,during a Christmas procession in Kiev, Ukraine, on 7 January, 2017
Back to articles
Back to articles