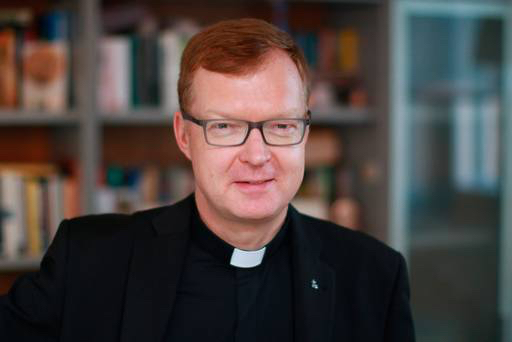 Pay 'greatest attention' to protection of minors in Seminarian training 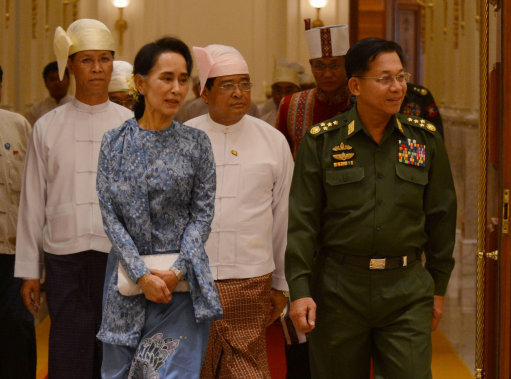 Pope Francis has decided to meet Myanmar’s top military leader when he visits the country next week, in what is going to be one of the most diplomatically tense trips of his papacy.

Holy See spokesman Greg Burke said that on the advice of Cardinal Charles Bo Francis has decided to see General Min Aung Hlaing privately on 30 November and will have an extra meeting with other religious leaders of the country.

When he arrives in Yangon on Monday 27 November, Francis will make history as the first Pope ever to visit the country formerly known as Burma but his arrival comes in the midst of a humanitarian crisis with thousands of Rohingya Muslims being driven out of the country and into Bangladesh.

Myanmar’s cardinal, who met with the Pope last Saturday, where he recommended that Francis meet with the country’s military chief and also avoid using the word Rohingya, when describing the plight of Muslims in Myanmar’s western Rakhine state.

The 81-year-old Argentine pontiff has spoken out on more than one occasion over the plight of the Rohingya whose treatment at the hands of military forces has been described by the United Nations as a “textbook case” of ethnic cleansing.

At a briefing for journalists today, Burke said the Pope took Cardinal Bo’s request about the Rohingya “very seriously” but did not say what Francis will choose to do. When asked by one reporter if the visit was Francis’ “most complicated yet” he replied: “let’s say it’s very interesting diplomatically.”

While a meeting with General Aung Hlaing was not on the official programme of the visit, Burke said the decision was taken to include it on the advice of Cardinal Bo. The cardinal argued seeing the general would be a sensible move that would help diffuse tensions given the military still hold much of the power in the country.

The 406,000 strong army controlled Myanmar for decades although the country is now transitioning to a democracy with Nobel Peace prize winner Aung Sang Suu Kyi its ‘de facto’ leader. She has, however, come under severe criticism for not speaking out for the Rohingya and will meet the Pope on 28 November in Nay Pyi Taw, the country’s administrative capital. It will be her second encounter with Francis after a private audience with the Pope in the Vatican in May where it was announced that the Holy See and Myanmar had established formal diplomatic relations.

Along with meeting government figures the Pope will meet with Buddhist leaders, young people and say Mass to which different faith representatives have been invited. As is customary, Francis is also scheduled to meet with Myanmar’s Catholic bishops who lead a flock of 700,000 people. The small church in Myanmar is renowned for working harmoniously across ethnic and religious divides although is keen to re-take control of 100 Catholic schools which were nationalised by the military in 1965. The complexities of operating in a country where religious tensions are high may play some factor in the local Church’s advice to Francis to be diplomatic over the Rohingya crisis.

After three days in Myanmar, the Pope will travel to Bangladesh where is to take part in an inter-religious and ecumenical gathering for peace attended by a group of Rohingya. He will also meet with some of their representatives.

While in Dhaka the Pope is to visit the National Martyrs’ Memorial for those who gave their lives during Bangladesh’s 1971 liberation war along with going to a museum dedicated to the father of the nation, Bangabandhu Sheikh Mujibur Rahman. On Friday 1 December he will ordain 16 priests - an unusual event to take place during a papal visit - while the follows day he travels to the Tejgaon district of Dhaka to visit a “Home of Compassion” run by Mother Teresa’s religious sisters. He returns to Rome on the same day.

Christopher Lamb, The Tablet’s Rome Correspondent, is travelling on the papal plane with Pope Francis and will be sending regular reports throughout the trip