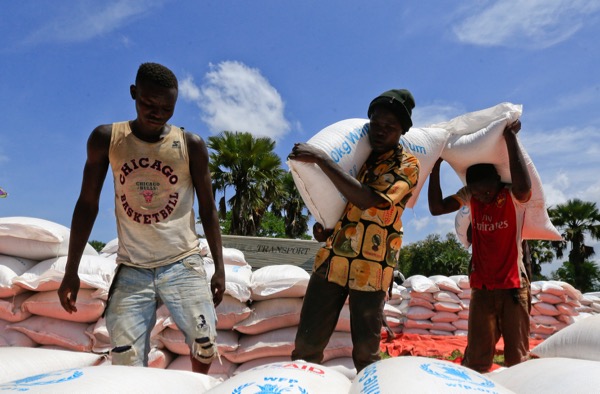 Mugabe was cheered at the graduation ceremony after he spoke, according to a witness quoted by Reuters 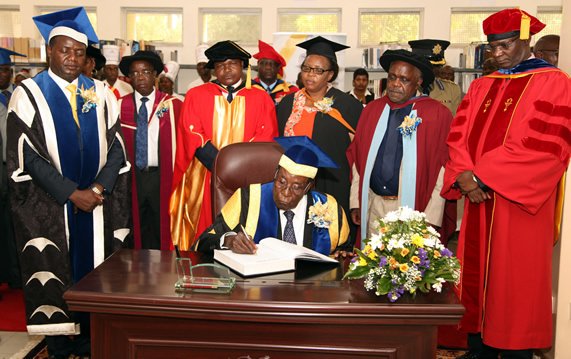 Zimbabwe's President Robert Mugabe is resisting pressure to step down immediately, as he faces increasing demands for his resignation. The 93-year-old was put under house arrest during a military takeover on Tuesday, that is part of a power struggle within the ruling Zanu PF party over who would succeed him.

The military said on Friday it was "engaging" with Mugabe, and he was allowed to make a public appearance at the University of Zimbabwe today (Friday). He was cheered at the graduation ceremony after he spoke, according to a witness quoted by Reuters news agency. He joined the crowd in singing the national anthem and walking slowly up a red carpet.

Neither Grace Mugabe, nor Education Minister Jonathan Moyo - an ally of hers whose house was reportedly raided by the military - was present.

The next test of Mr Mugabe’s resolve is likely to come tomorrow. The streets of Harare have been quiet this week, with no protests against the army move, and people going about their business normally despite the tanks on the streets. However today (Friday) Christopher Mutsvangwa, the leader of the influential war veterans’ association, said Mugabe should step down at once, and called for a huge turnout in street protests tomorrow (Saturday).

The military said it has been arresting "criminals" around Mugabe but gave no names. It said it would advise the nation on the outcome of talks with Mr Mugabe "as soon as possible".

An indication that the struggle within Zanu PF took a decisive turn on Wednesday came when the head of the youth wing of the party publicly apologised on state television to the military. Kudzai Chipanga, who has been a strong supporter of Mugabe and his wife Grace gave what he said was a voluntary statement apologising for denigrating defence forces chief General Constantino Chiwenga. “I kindly request General Chiwenga to please accept my apologies on behalf of the youth league and myself. We are still young people, we are still growing up. We learn from our mistakes,” said Chipanga. On Tuesday Chipanga accused the army chief of subverting the constitution.

“Defending the revolution and our leader and president is an ideal we live for and if need be it is a principle we are prepared to die for,” Chipanga had said at the party’s headquarters in Harare.

This gives added weight to the reports today that Zanu PF has given Mugabe until Tuesday to resign, or face impeachment. Earlier uncertainty about who precisely had the authority to speak for Zanu PF appears to have been resolved in favour of the anti-Mugabe faction.

In his bargaining with the military, Mugabe’s strongest card is the fact that they do not want his removal to be seen as a coup. This would complicate the ability of neighbouring states in the Southern African Development Community (Sadc) and South Africa in particular to recognise a new administration. Mugabe’s priority will be to be allowed to retire with dignity and not to face prosecution for his manifold crimes.

A meeting of three regional ministers in Botswana’s capital, Gaborone, on Thursday afternoon concluded without coming up with an immediate solution to the crisis.

Mugabe has billions of dollars stolen from the country salted away in property and accounts around the world. He has also overseen the sale of vast Zimbabwean assets to China, to maintain himself in power in a lifestyle utterly at odds with the poverty to which he has reduced the country. The fate of these funds will be part of any negotiation and China will at all times ensure that its interests are protected. Its public silence so far suggests it is quite content to see a Mnangagwa succession.

Meanwhile Morgan Tsvangirai, president of the opposition Movement for Democratic Change, who was prime minister from 2009 until 2013 and lost to Zanu PF in two rigged elections, has returned to the country and in a press conference called on Mugabe to resign. Tsvangirai is suffering from cancer, but may well be part of any transitional arrangements in a post-Mugabe administration.

Church leaders and Catholic bishops have over the years been vocal in their opposition to Mugabe but at the moment appear to be cautious about making any comments. However, they would in all likelihood be part of dialogue and discussions in the context of a new administration.

PICTURE: Mugabe attends a graduation ceremony at the University of Zimbabwe, 17 November ©Twitter