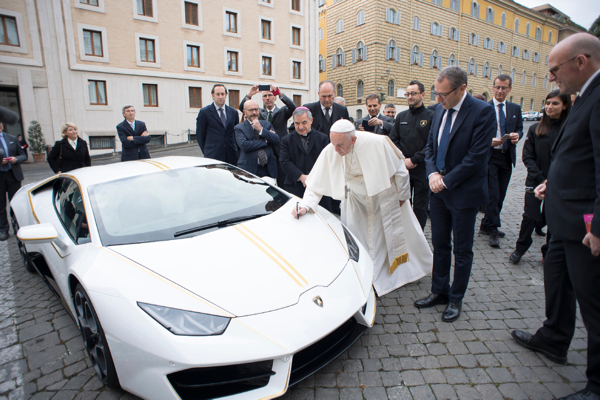 Papal Lamborghini gift to be auctioned off for charity

Father Fidelis Mukonori, a Jesuit priest, has been a close friend of Mr Mugabe for decades 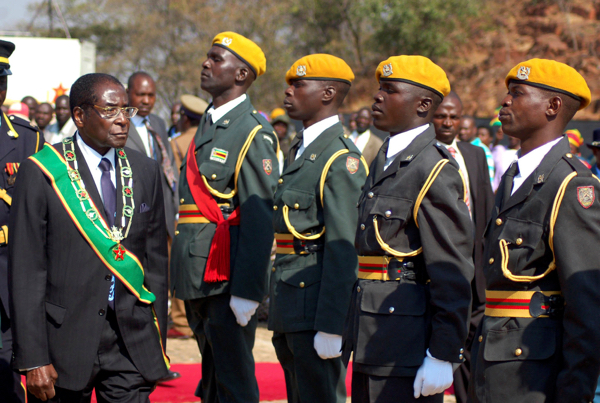 A Catholic priest is reported to be mediating a potential political exit for Zimbabwe’s President Robert Mugabe, who is said to be insisting he remains Zimbabwe’s only legitimate ruler.

The priest, Fidelis Mukonori, is acting as a middleman in talks between Mugabe and Military officials, a senior political source told Reuters. On Tuesday night the military detained Mugabe and his family at his State House residence and took over national broadcaster ZBC. The military has insisted Tuesday’s events are not a coup.

The Reuters source could not provide details of the talks, which appear to be aimed at a smooth and bloodless transition following the departure of Mugabe, who has led Zimbabwe since independence in 1980.

Father Fidelis Mukonori, a Jesuit priest, has been a close friend of Mr Mugabe for decades. He has acted as a chaplain to the family and, during the war against Ian Smith's regime, Fr Mukonori would travel the country (free to do so as a Catholic priest) gathering information for the guerrilla commander.

Since independence in 1980, he has given the blessing at every celebration of the anniversary. 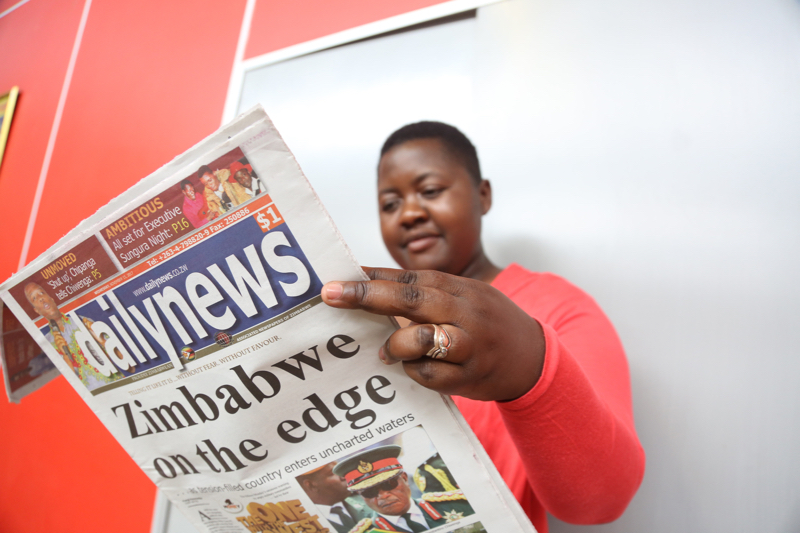 A woman reads a copy of a local newspaper in Harare, Zimbabwe ©CNS

In a statement released last night, an ecumenical group of Christian leaders in Zimbabwe – including President of the Zimbabwe Catholics Bishops’ Conference, Bishop Michael Bhasera - described the country as “between a crisis and a kairos” (opportunity) and called for a national dialogue.

“We see the current situation not just as a crisis in which we are helpless. We see the current arrangement as an opportunity for the birth of a new nation,” the Christian leaders said in a statement to the Anglican Communion News Service (ACNS).

The statement continues: “While the changes have been rapid in the last few days, the real deterioration has been visible for everyone to see for a long time, especially during the political rallies of the ruling party, coupled with the deteriorating socio-economic situation.”

They write that the economic problems and social challenges facing Zimbabwe are merely symptoms of “a deeper disease”, which they define as a “loss of trust in the legitimacy of our national processes and institutions.

“There is a general feeling that the wheels of democracy have become stuck in the mud of personalised politics where the generality of the citizenry plays an insignificant role. It is this lack of democratic renewal and the resulting stagnation, sterility and fatigue that has culminated in the current situation,” they write.

They call for prayer and for the Zimbabwean defence forces to respect human dignity. They ask for a transitional government of national unity “that will oversee the smooth transition to a free and fair election.”

They conclude by calling the nation “to a table of dialogue”.

“There is no way we can go back to the political arrangements we had some days ago. We are in a new situation. But our shared future will only be realised [with] dialogue,” they write. 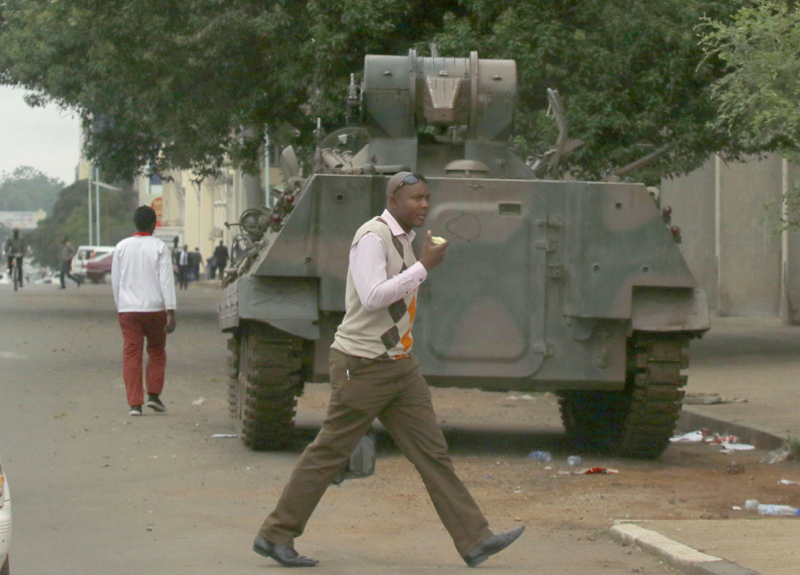 President Robert Mugabe is currently said to be under house arrest in Harare. The whereabouts of his wife Grace, who was bidding to succeed him as president, are unknown. Nambian officials yesterday denied reports that Mrs Mugabe has fled to their country.

Local media reports suggest a number of senior members of the "Generation-40" group supportive of the first lady have been detained by the military.

On Wednesday, one of Mrs Mugabe’s key allies, Zanu-PF youth wing leader Kudzai Chipanga, made a televised apology on ZBC for criticising the head of the army. Chipanga is currently said to be in custody.

According to Reuters, Zimbabwean intelligence reports seen by the news agency suggest that former security chief Emmerson Mnangagwa, who was ousted as vice-president earlier this month, has been planning a post-Mugabe vision with the military and opposition for over a year.

South African ministers have been in the capital Harare meeting the army and political parties, the BBC reports.