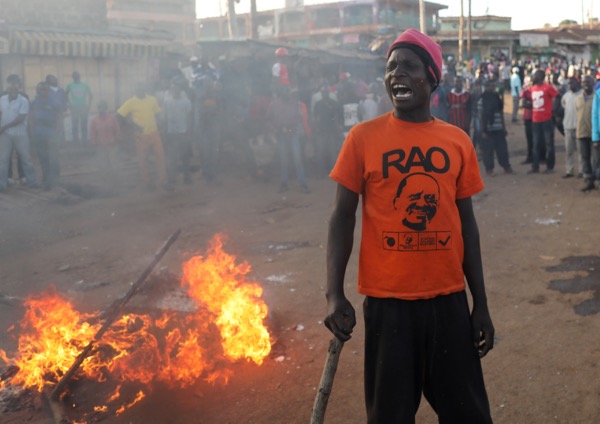 Cardinal Nichols insists: 'The continuing presence of Christians as bridge builders across the Holy Land is essential.' 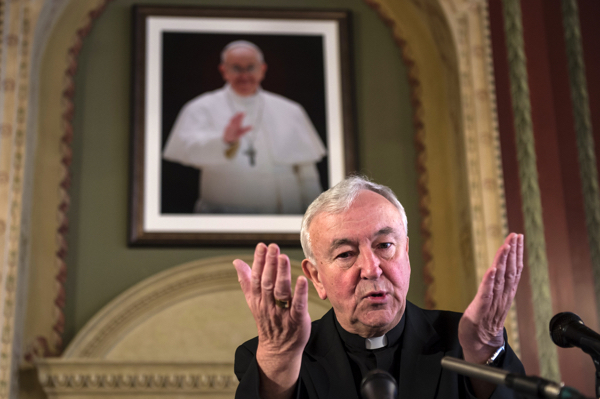 The Archbishop of Westminster, Cardinal Vincent Nichols has joined the Archbishop of Canterbury in backing the Patriarch of Jerusalem, Theophilos III in his campaign to preserve the current place of Christians in the Holy Land.

The Greek Orthodox Patriarch has warned that the current "Status Quo" agreement that protects land tenure in Jerusalem is at risk in a potentially "catastrophic" situation.

After meeting the Patriarch in London, Cardinal Vincent Nichols added his weight to the Patriarch's cause, saying: “Jerusalem’s Status Quo should be respected. It is a city holy to three faiths and Christians are an important and integral part of this community. The continuing presence of Christians as bridge builders across the Holy Land is essential for all who wish to live in peace.”

Archbishop of Canterbury Justin Welby said: "I join other Church Leaders in calling for all parties to uphold the Status Quo and resist weakening it. I believe that a continued Christian presence in the Holy Land is of paramount importance."

He said Jerusalem must remain a place where people of all faiths can live and thrive together.

The Patriarch shared issues of concern with Cardinal Nichols and the Archbishop, including proposed changes to land tenure in Jerusalem.

He warned that a proposed bill signed by 40 Knesset members would restrict the rights of churches, including the Episcopal Diocese in Jerusalem, to deal independently with their land.

The Patriarch also recently met Pope Francis in Rome, where the Pope said: "The Holy City, whose Status Quo must be defended and preserved, ought to be a place where all can live together peaceably, otherwise, the endless spiral of suffering will continue for all."

Over the last months the Patriarch has been warmly welcomed by religious leaders around the world.

In his statement the Patriarch, who has been in post since 2005, said: "We have the great honour to be with you representing the Christian communities from the Holy City of Jerusalem, the cradle of Christianity as well as Our church which traces its roots back through one unbroken line to the very birth of Christianity in the first century.

"We have come to the UK as part of an international tour and mission to meet with senior religious leaders, Heads of State and politicians. We have been mandated by all the church leaders in the Holy Land to share Our story and raise awareness of the challenges we are facing as a Christian community in Jerusalem. Over the past few weeks, We met with the Ecumenical Patriarch Bartholomew and We met with His Holiness, Pope Francis. We are telling you today that which We told them. We have also shared these concerns with King Abdulla II of Jordan, the Archbishop of Canterbury, Justin Welby and less than an hour ago with Cardinal Vincent Nichols, Archbishop of Westminster.

"Recently we have seen the emergence of a trend that threatens to undermine the Christian presence and destabilise the peace of the Holy City of Jerusalem. The 'Status Quo' rules that have guaranteed the rights of Jews, Christians and Muslims to live, flourish and thrive together in Jerusalem for centuries is in grave danger. This code, that has safeguarded our religious freedoms and provided access to the most holy places for all people, is being dangerously undermined.

"If we do not act soon it will be too late. And the outcome will be catastrophic. Before, We stood silent, bearing patient witness to a harsh campaign against Us and against Our church. Every day we face false accusations, suspicion and slander. Our detractors target our heritage and our integrity. Today, our calling and commitment to the Lord means We can accept this no longer and this has lead us to break our silence and simply say: Enough is Enough. Forty mislead members of the Knesset, last July signed a proposed bill for debate in the Israeli Parliament, which if passed, will severely restrict the rights of the Churches to deal freely and independently with their lands and more worryingly would threaten their confiscation; in what is a clear contradiction to the fundamental principles of the State.

"This bill is an assault on the freedom and independence of our Churches which have served and supported Christians in the Holy Land for two millennia. Were it to be passed, this bill would be in clear violation of the 'Status Quo' and arguably, numerous international treaties."

He also said a group of radical settlers was working to push Christians out of Jerusalem and accused them of "underhanded" expropriation of church property.