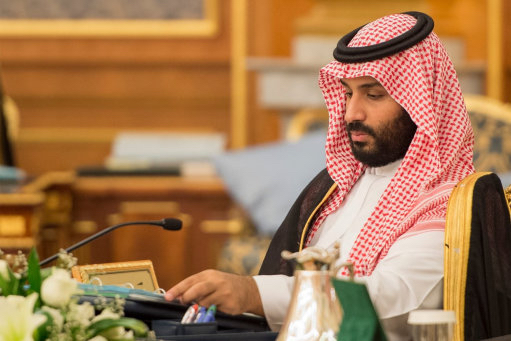 While Protestant church leaders and several Catholic bishops in Germany, including the president of the German bishops’ conference, Cardinal Reinhard Marx, have repeatedly expressed their hopes that Catholics and Protestants will soon be able to share the Eucharist, Cardinal Rainer Maria Woelki of Cologne has rejected all suggestions of possible intercommunion.

Unlike the joint statement by Cardinal Reinhard Marx and the chairman of the German Protestant Churches, Bishop Heinrich Bedford-Strohm at the end of the Reformation Anniversary last month, which declared that the Anniversary had led to a “new dynamic rapprochement” between the Catholic and Protestant Churches in Germany, Cardinal Woelki insisted that it was wrong to gloss over the obstacles in the way of unity.

The Catholic and Protestant denominations differed on pivotal issues, he said. For Catholics, the Real Presence of Christ in the Eucharist was an “irrefutable certainty”, while this was not so for Protestants. “The two denominations therefore have no common basis to proceed from”, Woelki told the German daily, the 'Kölner Express', on 31 October.

In the weeks leading up to the end of the Reformation Anniversary, Cardinal Woelki repeatedly warned against downplaying the differences between the Catholic and Protestant faiths.

In a long article in the October issue of the prestigious German theological journal 'Herder Korrespondenz', in which he took stock of the status of ecumenism after the year-long ecumenical celebration of the Feast for Jesus Christ, he appealed for “greater honesty” on ecumenical relations.

The term “Eucharistic hospitality” (when members of a different denomination are invited to partake of communion) was often a “bogus label”, Woelki insisted, as it reinterpreted the differences between the two denominations as “mutual, enriching dimensions”.

“The term ‘hospitality’ suggests that not Christ but a denomination is inviting one to take part in the Eucharist,” the cardinal pointed out.

A truly open approach to ecumenism should set out the difficulties and point to the central issues on which the denominations still differed, such as the Real Presence at the Eucharist, same-sex marriage, abortion, euthanasia and embryo screening among others, he said.

“Reconciled Diversity” which many Protestants recommended as an ecumenical model for the two denominations’ understanding of Church and the Sacraments, posed more problems than solutions, Woelki added.

Pope Francis has made special efforts to mark the 500th anniversary of the Reformation including a visit to Sweden last November where he took part in a joint celebration with Lutheran church leaders while on the day of the anniversary on 31 October 2017, Francis met with a delegation from the Church of Scotland where he pointed out that through a shared baptism Christians are “brothers and sisters.”

The first Latin American Pope has stressed that Christians should act as if they are “already united” and has made numerous attempts to bridge the divides between denominations including the suggestion that Lutherans married to Catholics could consider receive communion during Mass.

To mark the Reformation the Vatican issued a special stamp with Martin Luther and Philipp Melanchthon kneeling at the foot of the cross in what was officially described as “a penitent attitude".