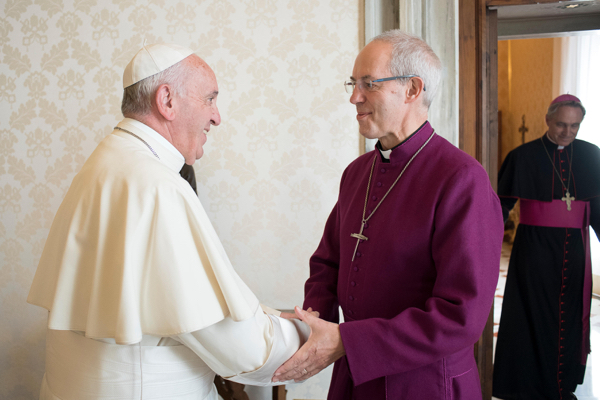 Archbishop of Canterbury to lunch with Pope Francis today

'The Holy Grail of old master paintings': Leonardo da Vinci's depiction of Jesus to be sold in New York 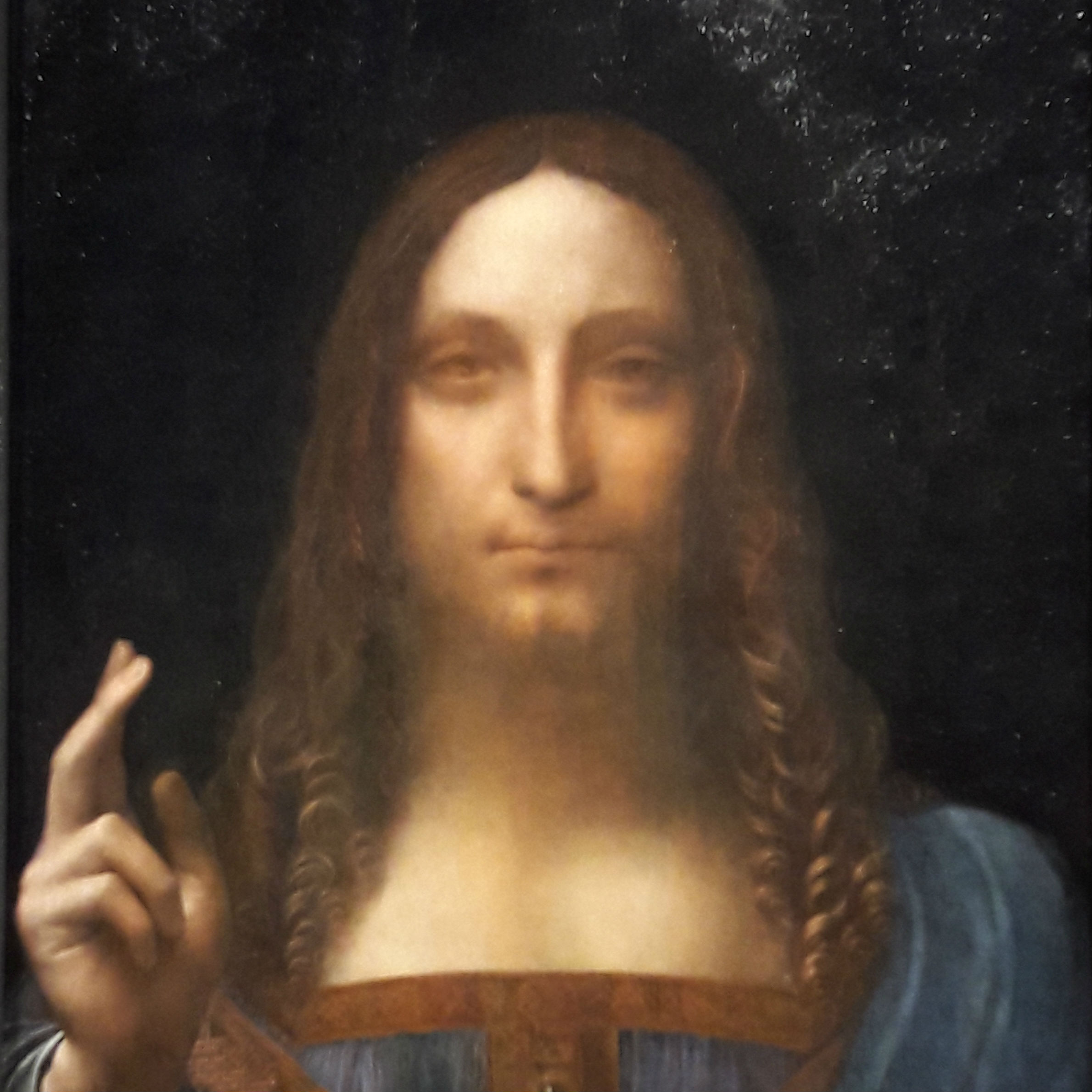 “The most iconic figure in the world by the most important artist of all time” was on view to the public at Christie’s auction house in London this week (24-26 October), and will be sold in New York on 15 November.

These words by art specialist Loic Gouzer refer to the frontal portrait of Jesus by Leonardo da Vinci, which goes by the name of 'Salvator Mundi'. “I can hardly convey how exciting it is for those of us directly involved in its sale,” says Alan Wintermute, Christie’s specialist in old master paintings.

The picture was flanked by two solemn, suited guards in London, and before that it was on view in Hong Kong and San Francisco. The next stop will be New York, where it will be auctioned, and it is expected to go for around one hundred million dollars. It is the only one of da Vinci’s works to be still in private hands.

There are fewer than 20 known paintings by da Vinci, and this one comes from the late, peak period of his genius, around 1500, as does the Mona Lisa. The two paintings have “a patent compositional likeness”, says Gouzer. In both an enigmatic gaze holds the attention of the observer.

But whereas in the Mona Lisa it is the eyes that are considered most riveting, in the Christ figure it is more the mouth, the expression is both compassionate and grave, a little sad, but soft, controlled and authoritative. Jesus is shown in a loose, blue robe, with one hand raised to bless the viewer, the other holding a crystal orb.

The history of the work is extraordinary. It was long known to have existed, and it was owned by both Charles I and Charles II of England, but after 1763 it disappeared. It resurfaced in 1900, but was then believed to be by one of Leonardo’s followers, the face and hair of the original having been overpainted. In this condition it was sold by Sotheby’s in 1958 for £45. Only this century was the overpainting removed, and there was a worldwide media sensation when the painting appeared in an exhibition of da Vinci’s works at London’s National Gallery in 2011.

The Salvator Mundi is “the Holy Grail of old master paintings”, said Wintermute. “Long sought after, it seemed just a tantalisingly unobtainable dream until now.” He calls it “as close as I’ve come to an Art World Miracle”.

PICTURE: A photograph of the artwork shows a section of the painting ©Margaret Hebblethwaite