UN under fire over Christian persecution 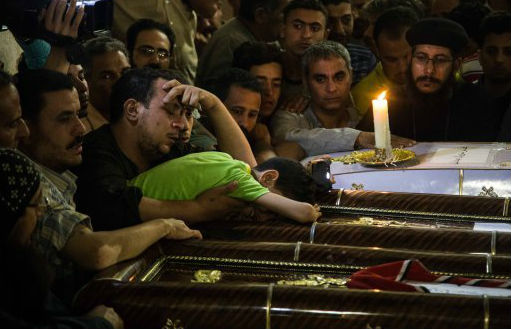 The persecution of Christians is worse than at any time in its history, but it is being largely ignored by the United Nations and the international community, according to a new report from the Catholic charity, Aid to the Church in Need (ACN).

The report, 'Persecuted and Forgotten?' - released today (12 October) - states that anti-Christian persecution reached a high water mark in 2015-17 with an increase in the number of attacks by Islamic State, Boko Haram and other Islamist extremist groups.

It also warned that China’s 127 million-strong Christian population have suffered increased persecution over attempts to bring Christianity in line with Communist ideals.

ACN said that in Iraq more than half of the country’s Christian population became internal refugees and Syria’s second city of Aleppo, which until 2011 was home to the largest Christian community, saw numbers dropping from 150,000 to barely 35,000 by the spring of 2017 – a fall of more than 75 percent.

“In terms of the number of people involved, the gravity of the crimes committed and their impact, it is clear that the persecution of Christians is today worse than at any time in history,” said John Pontifex, the Report’s editor.

Speaking to The Tablet, he attacked what he called “pc agenda” which appeared to prevent the desperately necessary focus that the Christian community required: “The UN and western governments send strong messages of support – but that’s not matched by action.”   He said the crisis was not something the UN would appear to recognise: “To date, the response of the UN has been too little too late. For example, Iraqi Christians from Mosul and Ninevah who ended up in Erbil were just given tarpaulins; people need homes, medicines and pastoral support.”

“If Christian organisations and other institutions had not filled the gap, the Christian presence could already have disappeared in Iraq and other parts of the Middle East, ” the report added.

Mr Pontifex again highlighted the fact that national governments and international organisations have recognised that a genocide has taken place. Yet, he stressed, local Church leaders in the Middle East have repeatedly said that they feel forgotten by the international community. A number of bishops in the region have accused the UN of overlooking the needs of displaced Christians, despite pledging to deliver aid “neutrally and impartially”.

The report, which was launched in the House of Lords, found that many other faith communities have suffered because of extremist and authoritarian regimes. It also identified growing problems in certain majority Islamic countries and authoritarian states such as Eritrea and North Korea.

PICTURE: A young child is seen next to the coffins of his Christian parents who were killed during a bus attack at Ava Samuel desert monastery in Minya, Egypt, 26 May, 2017