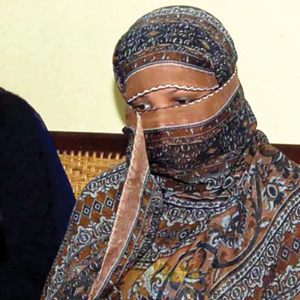 Asia Bibi, the Pakistani Christian mother of five who has spent seven years in prison and on death row on blasphemy charges, has been nominated for the European Union’s prestigious Sakharov Prize for Freedom of Thought. It is awarded to individuals or groups who have defended fundamental human rights, and renews the spotlight on Pakistan’s blasphemy laws. The winner of the £45,000 prize will be announced in December in Strasbourg, France. In 2009, Muslim co-workers from Ms Bibi’s village near Lahore accused her of blasphemy for praising Jesus Christ and allegedly insulting the prophet Muhammad. It followed an argument in the fields when other women grew angry with her for drinking water from the same cup as them, saying that as a Christian, she was “unclean”. Ms Bibi was found guilty and sentenced to death in November 2010. Several appeals have since followed without resolution.