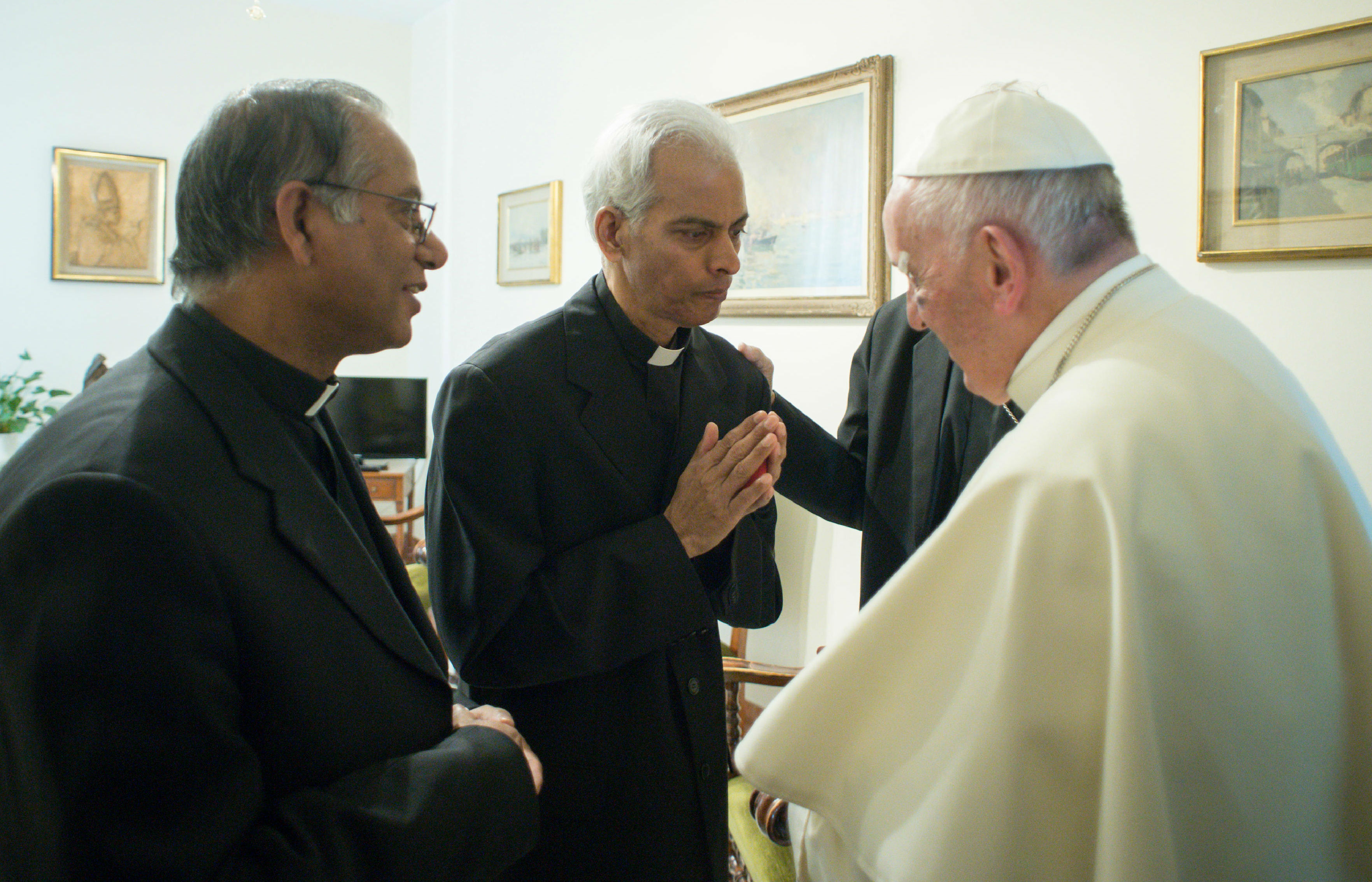 Salesian priest recounts harrowing tale of his capture and liberation 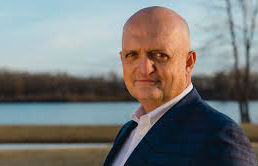 Bruce Downes was in the cafe of the Vatican Museums during the summer of 2006 when he decided to pray. For years he’d worked in youth ministry in the Archdiocese of Perth, Western Australia before specialising in trying to connect with Catholics who'd stopped going to Church and now wanted to know what God was calling him to do next.

“After praying in the cafe I walked into the blessed sacrament chapel in St Peter’s basilica and once again asked: ‘God, what do you want me to do’ ”, he says during a Skype interview. “Then, later that day at about six o’clock this thought occurred to me. ‘I want you to make a Catholic television programme.’ It was the weirdest thought. Have a look at me, do you think I should be on television? I thought only good looking people should be on television!”

Fast forward eleven years and last week Downes started presenting a daily show on the world’s largest Christian television channel, the Trinity Broadcasting Network, home to the most prominent televangelists in the United States. He becomes the first lay Catholic to present a six day a week programme on the network, which has millions of viewers and a presence on every continent other than the Antarctic.

A straight talking Australian, Downes is not a natural fit for the televangelism world, renowned for its slick, well groomed performers. As the 57-year-old married father-of-five admits, he does not have a natural face for television, nor is he particularly polished or manicured. But what he lacks in looks he more than makes up for with authenticity, passion and clear delivery.

In his programme, “The Catholic Guy”, Downes delivers a simple message focused on trying to apply faith to everyday life with talks covering everything from developing a prayer life, handling stress, marriage guidance and devotion to Mary.

At the heart of his mission is an attempt to reach Catholics who have stopped going to Church, either because they have drifted away or become part of evangelical or pentecostal communities.

As a teenager he came under the the influence of an inspirational Carmelite priest who sparked in him a lifelong mission to share his faith. Although he was encouraged to become a priest, Downes says he never felt called to be ordained so after working in business and with various church groups he became the Director of Youth and Young Adult Ministry in the Archdiocese of Perth.

During this period he became struck by the number of Catholics who lapsed from their faith so set up an initiative to work with them, leaving his job in the archdiocese and relying purely on donations for his ministry.

Downes explains that soon after his trip to Rome, he was offered the opportunity to start a Catholic programme on the Australian Christian Channel. He was initially unsure but after getting encouragement from then Archbishop of Perth, Barry Hickey, he agreed. Using a pair of lights and a small camera his show was launched and quickly became the second most popular on the channel, behind the one produced by the prominent evangelical group Hillsong.

Then, after becoming exposed to the religious television world in the United States he met a lawyer, Tom Winters, who represented a number of televangelists. Winters had noticed a number of his friends were non-practising Catholics and liked Downes’ work, so introduced him to people at the Trinity Broadcasting Network.

“I’m interested in reaching the guys I went to school with and their wives who don’t go to Church,” he says. “There’s a lot of people who are disconnected. While a lot are going to other churches, the vast majority are not.”

Downes aim is to present Christianity, the Catholic story and the “sacramental Church” in a way that appeals to people.

“We can’t change the Gospel but we are obliged to ask how we present it, with language words and imagery, that the modern person can hear. That fascinates me,” he says.

Downes believes that being on a Christian - rather than Catholic - television network helps him reach a bigger audience. His show on the Trinity network, he explains, was promoted to a six day a week slot due to its popularity. As we speak his programme is being broadcast and he stops talking to shows me his phone full of messages from viewers asking for prayer requests. He is also plans to increase his digital presence and ensure his shows can be watched by whoever has a wifi connection.

“We are trying to reach that Catholic who is sitting in the pew and is disengaged,” he says. “In Australia participation rates have declined from 26 per cent to 10 per cent [in recent decades]. We want very much to tell the Catholic story, because our story has been lost.”

The Church, he stresses, need to help people everyday problems such as managing finances, keeping marriages together, bringing up children and dealing with work pressures.

“We Catholics are fantastic with mystery, sacrament, prayer and depth,” Downes says. “But if you look at our evangelical brothers they talk about life application. What you hear on Sunday you can use on Monday.”

While the Trinity Broadcasting Network may provide a big audience, the world of televangelism has a bad reputation with some preachers criticised for living lavish lifestyles with exorbitant salaries and private jets. Downes stresses, however, that the network now takes a strong stance against the "prosperity gospel", the controversial notion that believing in God will bring financial blessings. In previous years the channel had been associated with this theology.

Downes stresses his message is an authentically Catholic one which is rooted in tradition and theology. The church hierarchy, he says, has given it their blessing and he has three priest advisers with expertise in Canon Law, history and ethics. When it comes to remuneration, Downes says the board of a company in the United States which he established sets his salary.

What is striking about Downes is that he is an Australian Catholic coming to the fore at a time when the Church in his country is reeling from the clerical sexual abuse. As a layman, he is offering a different public face to Catholicism.

“An archbishop said to me recently that this is a time when people like you can stand up,” Downes says.

He stresses that his work is not about replacing what priests do, but supporting it by engaging people in questions of faith at a simple level. And the fact his ministry is in front of television cameras has been very unexpected.

“All this has taken me by surprise,” Downes says at the end of our discussion. “It’s not something that I lined up for myself to do.”