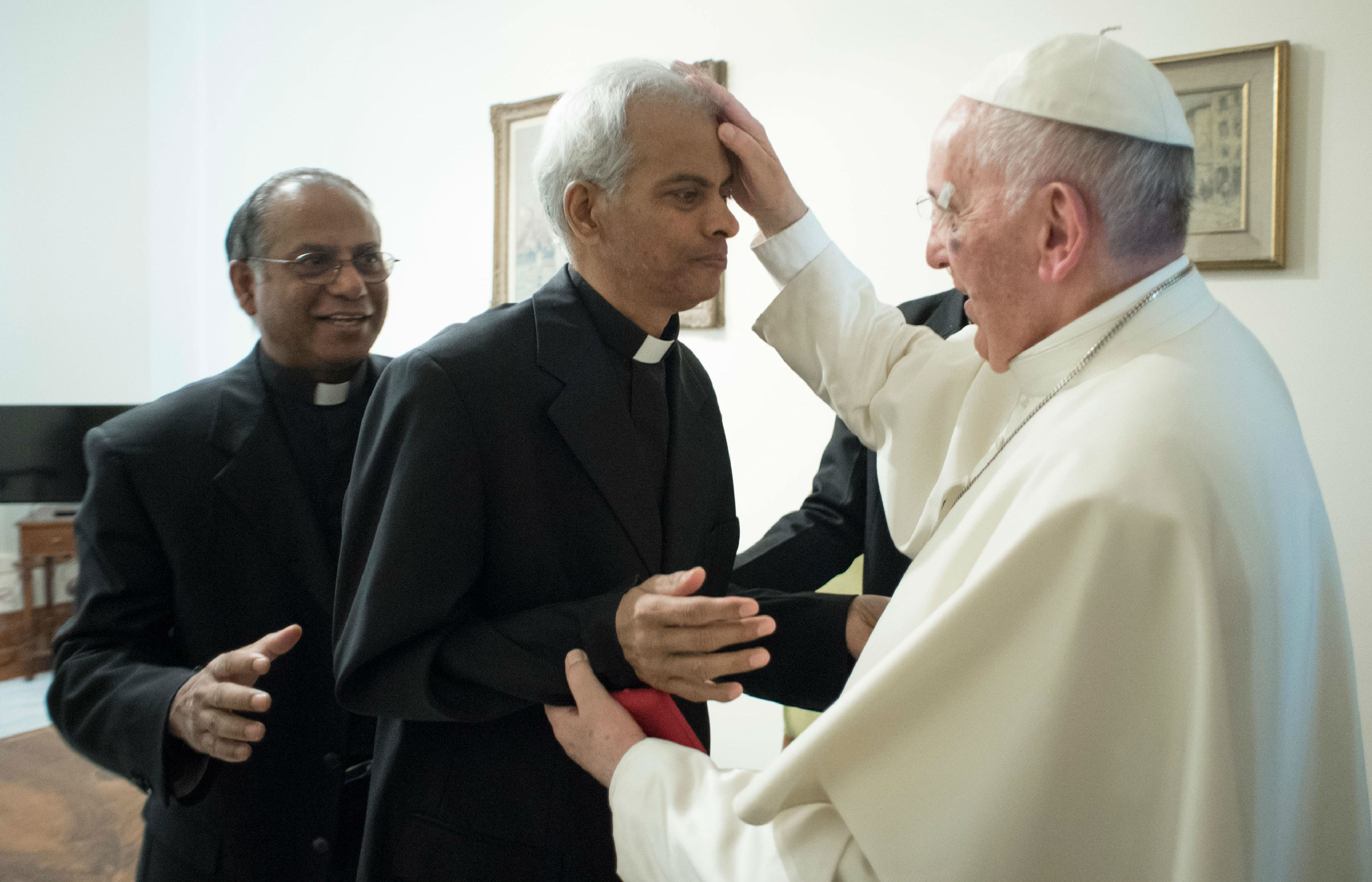 Giving the Mass back: Francis restores responsibility for liturgical translations to local Churches 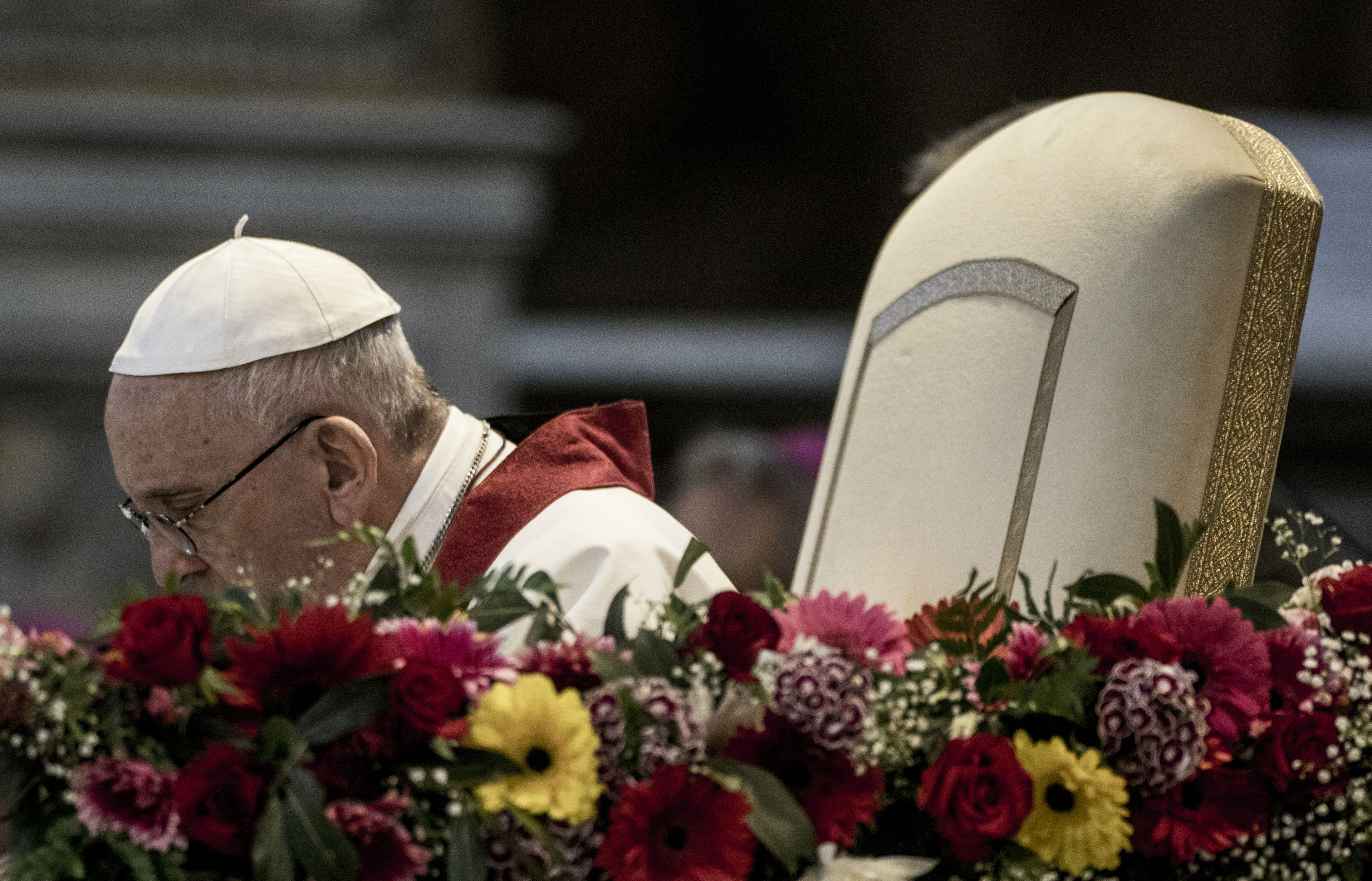 In a major new document, Pope Francis has restored responsibility for authorising vernacular liturgical translations to local churches. As a leading theologian and liturgical scholar explains, in the anglophone world this puts the ball back firmly in the court of the bishops' conferences.

In the diary he kept during the Second Vatican Council, Yves Congar, the leading figure among all the theological periti (expert advisors), every now and then privately expressed his outrage. Reacting to the announcement that the bishops were to be “given” certain powers, he wrote: “Over the centuries these powers were stolen from the bishops. They are being given back what was stolen from them!”

In a motu proprio, or personal edict, released a week ago, which amends canon 838 of the Code of Canon Law, Pope Francis gives back to the national conferences of bishops the responsibility for liturgical translations that had been stolen from them after the Council.

His very first words point to the theft that occurred: “The important principle (Magnum Principium), confirmed by the Second Vatican Council, according to which the liturgical prayer, adapted to the comprehension of the people, can be understood, has required the serious task, entrusted to the bishops, of introducing the vernacular into the liturgy and of preparing and approving versions of the liturgical books.” In short, the task of preparing and approving translations rightly belongs to the local bishops, as Vatican II mandated, not to any group or office of the Holy See.

In Sacrosanctum concilium, its Constitution on the Sacred Liturgy (4 December 1963), the Council acknowledged that the primary responsibility for revising the (Latin) liturgy for the Roman Rite belonged jointly to the Holy See (that is to say to the Pope and his collaborators in the Vatican) and to the bishops of different regions (art. 22, 37–40). The same document allowed vernacular translations, and authorised bishops around the world to “approve” the “translations from the Latin for use in the liturgy” (art. 36.4).

The Council itself made no explicit mention of any further obligation to have these translations “confirmed” by the Holy See. On 25 January 1964, however, Pope Paul VI issued Sacram Liturgiam, a motu proprio that prescribed submitting translations to the Holy See for official ratification. When the revised Missale Romanum, the authorised Latin original, sometimes called the Paul VI Missal, appeared in 1970, conferences of bishops around the world were to prepare editions in the vernacular, which would come into force after being confirmed by the Holy See.

By 1972, the International Commission on English in the Liturgy (ICEL) had finished its translation of the 1970 Roman Missal. The 11 bishops’ conferences who were full members of ICEL approved the translation and the Holy See gave the required confirmation. By 1973, the Missal was ready to be printed and distributed.

ICEL then set itself to revise painstakingly the 1972 translation. From the early 1990s, it submitted the revised texts to the bishops’ conferences. All 11 English-speaking conferences approved the new translation and in 1998 submitted it to Rome for confirmation. However, instead of discussing the text with the episcopal conferences, or with ICEL, the prefect of the Congregation for Divine Worship and the Discipline of the Sacraments (CDW), Cardinal Medina Estévez, simply rejected this 1998 Missal. Cardinal Medina then demanded widespread changes in the mandate, structures and personnel of ICEL, which in 2003 led to new statutes governing its operation.

The confirmation of translations enjoined by Paul VI in Sacram Liturgiam became an exercise of governance by the Holy See. Rome had seized control of ICEL and planned to supervise strictly the commission set up by the English-speaking conferences of bishops to prepare vernacular translations.

The translators were now to follow the prescriptions of Liturgiam Authenticam, a document the CDW issued on 28 March 2001, which insisted one-sidedly on an alleged fidelity to the original Latin texts over real intelligibility in the modern languages into which those texts are translated. It prescribed a “sacred style” that could even sound strange and “obsolete” (art. 27, 43) and that, in the 2010 Missal, with which English-speaking Catholics have been saddled since Advent 2011, has produced texts that fall somewhere between Latin and English. Liturgiam Authenticam at times rewrote history, as, for instance, when it asserted that, in the Creed, “We believe” violates the tradition of the Latin Church. However, there was no uniform tradition in favour of “I believe”, as if “we believe” was only an Eastern tradition: in the Roman Mass, a minority tradition used “Credimus” instead of “Credo”.

Liturgiam Authenticam replaced a document, Comme le Prévoit, which Paul VI had issued on 25 January 1969, after worldwide consultation with experts in translation. That document identified the major issues and offered wise guidance to the translators working for the bishops’ conferences. Comme le Prévoit set its face against mere word-for-word translations that could, in fact, “obscure or weaken the meaning of the whole”.

The “unit of meaning is not the individual word but the whole passage” (art. 12). A truly “faithful translation cannot be judged on the basis of individual words”; rather, it reproduces the original meaning, and does so in ways that respect “the literary form proper” to the receptor language (art. 6). In our forthcoming book, Lost in Translation, John Wilkins tells the story of Cardinal Medina’s outrageous takeover, and I lay out at length the serious defects in the 2010 Missal and the clear superiority of the “Missal that Never Was” – the 1998 Missal that all the conferences of English-speaking bishops had approved, which the CDW peremptorily dismissed.

Now, in Magnum Principium, after hearing the views of a commission of bishops and experts he appointed at the end of 2016, Pope Francis has recalled from Vatican II the “right” of all “the faithful of whatever age and culture” to “share in a conscious and active way in the liturgical celebrations”. This calls for translations that are not only faithful to the Latin original but also intelligible when they are proclaimed in the vernacular languages. Without naming Comme le Prévoit or Liturgiam Authenticam, the Pope instructs translators to follow such guidelines where they continue to prove “useful” – a polite way of implying that Liturgiam Authenticam no longer enjoys authoritative status. He then shows his preference for the “meaning-for-meaning” translation encouraged by Comme le Prévoit rather than the “word-for-word” approach enjoined by Liturgiam Authenticam.

The necessary “fidelity” of translations, the Pope writes, “cannot always be judged by individual words” but “in the context of the whole act of communication”. That is to say, translators should render “fully and faithfully the meaning of the original text” (emphasis added) and preserve “the native character of each language”.

Here, Pope Francis stands shoulder to shoulder with the views of translation proposed by St Jerome, St Thomas Aquinas and other authorities in the history of Christianity. In a letter to Pope Urban IV, Aquinas wrote: “It is the task of a good translator, when translating material dealing with the Catholic faith, to preserve the meaning but to adapt the mode of expression, so that it is in harmony with the idiom of the language into which he is translating.” Aquinas rejected a word-for-word in favour of a meaning-for-meaning translation: “When anything expressed in one language is translated merely word-for-word into another, it will be no surprise if perplexity concerning the meaning of the original sometimes occurs.” In Magnum Principium, Pope Francis recalls “the difficulties” that have arisen “between the bishops’ conferences and the Apostolic See”. There is need for “collaboration full of mutual trust” – a courteous way of telling the CDW to show due respect to the authority of bishops’ conferences.

The ball is now firmly in the court of the English-speaking bishops’ conferences. The excellent 1998 translation is there, waiting in the wings. A few additions need to be made: to include, for instance, the new feasts and memorials of saints introduced from the late-1990s. But, substantially, the bishops already have what they need to make the Roman Missal once again a comprehensible and powerful tool of evangelisation.

Any episcopal conference, for example, the New Zealand bishops’ conference, which is well aware of the defective nature of the 2010 Missal, could submit to the CDW for confirmation the 1998 Missal that their predecessors had already approved. If so, I respectfully suggest that they might also send a letter to Pope Francis, to thank him for his motu proprio and explain how they are putting into practice what he has just decreed.

Gerald O’Collins SJ is co-author with John Wilkins of Lost in Translation; The English Language and the Catholic Mass, published next month by Liturgical Press

PICTURE: Pope Francis is pictured in the Basilica of St. Bartholomew on 22 April, 2017