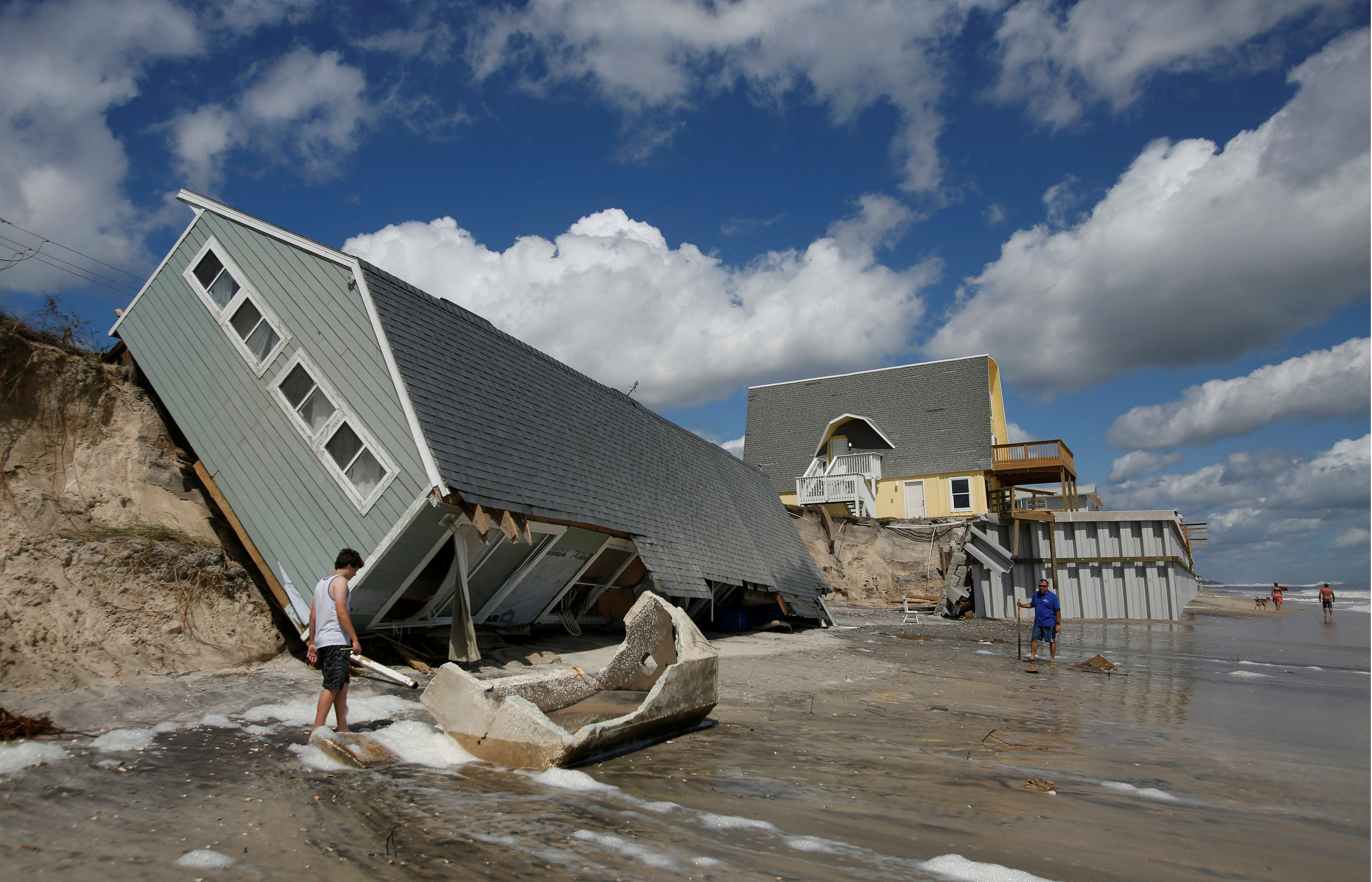 US bishops pray for 'safety, care' of all hit hard by two massive hurricanes

'Cormac was a priest to his fingertips' who was 'aware of his failings, yet supremely confident in his calling'

The life, faith and many friendships of Cardinal Cormac Murphy-O’Connor were celebrated at his Funeral Mass and burial in Westminster Cathedral on Wednesday, where his body had been lying in state.

“I like to think that when people mention his name, they smile,” the cardinal’s nephew, Patrick Murphy O’Connor told the congregation in an opening address. “He introduced us to a world we could never have imagined. He strengthened our faith and he strengthened our family.”

The principal Celebrant of the Requiem Mass was the current Archbishop of Westminster, Cardinal Vincent Nichols, and the homily was delivered by the Archbishop of Cardiff, George Stack.

The Archbishop paid tribute to Cardinal Cormac’s “wonderful combination of gifts…his gift for friendship and his capacity for putting people at their ease, together with his insightful mind and depth of faith,”

“What a life and what a work,” he recalled. “Cormac was a priest to his fingertips” who was “aware of his failings, yet supremely confident in his calling.”

He highlighted the Cardinal’s contribution to the Anglican Roman Catholic International Commission, ARCIC and the way in which he reached out in “meaningful and constructive” ways to other churches. Above all, there was Cardinal Cormac’s conviction “that unity of mind and heart amongst the followers of Christ were not optional extras but sorely needed in a fragmented world.”

Among those attending the funeral were Archbishop Edward Adams, the Papal Nuncio to Great Britain, Archbishop Paul Gallagher from the Vatican’s Secretariat of State, Archbishop Arthur Roche, Secretary of the Congregation for Divine Worship, Archbishop Leo Cushley of St Andrews and Edinburgh and Cardinal Sean Brady, the former leader of the Catholic Church in Ireland. Over 40 bishops and 300 priests and deacons from the dioceses of Westminster, Arundel and Brighton and Portsmouth took part in the Mass.

The Archbishop of Canterbury, Justin Welby, his predecessor, Lord Williams of Oystermouth and Bishop Richard Chartres, the Emeritus Bishop of London were among the Ecumenical guests seated in the sanctuary. They were joined by Bishop Angaelos of the Coptic Orthodox Church and Archbishop Gregorious of the Greek Orthodox Church.

Other leading figures who were present included the Duke of Norfolk, representing the Prince of Wales, the former President of Ireland, Mary McAleese, the UK’s Ambassador to the Holy See, Sally Axworthy as well as members of the House of Commons and the Lords including Lord Patten, Lord Alton, Baroness Williams of Crosby and Jacob Rees-Mogg.

Condolences were also received from the Queen, the Prime Minister, Theresa May and the Chief Rabbi, Dr Ephraim Mirvis.

Cardinal Murphy-O’Connor died on 1 September at the age of 85. In a message of condolences, Pope Francis praised his devotion to the Gospel and the care of the poor, as well as “his far-sighted commitment to the advancement of ecumenical and inter-religious understanding.” The two men had spoken during a last telephone conversation while the cardinal was in hospital. The Pope thanked him for his ”good humour,” while acknowledging his “humanity and lightness of touch.”

In his homily, Archbishop Stack said Cardinal Murphy-O’Connor had learned a “huge lesson” and “acknowledged his mistakes,” in an apparent reference to the cardinal’s handing of the Fr Michael Hill abuse case.

“He proceeded to establish the most robust safeguarding mechanism possible, a model for other institutions. Humility and action were part of the robe that he wore,” he added.

Concluding his homily, Archbishop Stack told that congregation that shortly before he died, the Nobel Prize winning poet Seamus Heaney sent a final text message to his wife, containing the word “Noli Timere.” Do Not be Afraid.

“The same words were on the lips and in the heart of Cardinal Cormac when he wrote his final letter to the clergy and laity of the Diocese, ‘Please tell them that I am at peace, and have no fear of what is to come,’ he said.

As the Mass concluded and the choir performed Faure’s Requiem, Cardinal Murphy-O’Connor’s coffin was carried in procession to the foot of the Tenth Station of the Cross for burial.

PICTURE: The funeral of Cardinal Cormac at Westminster cathedral