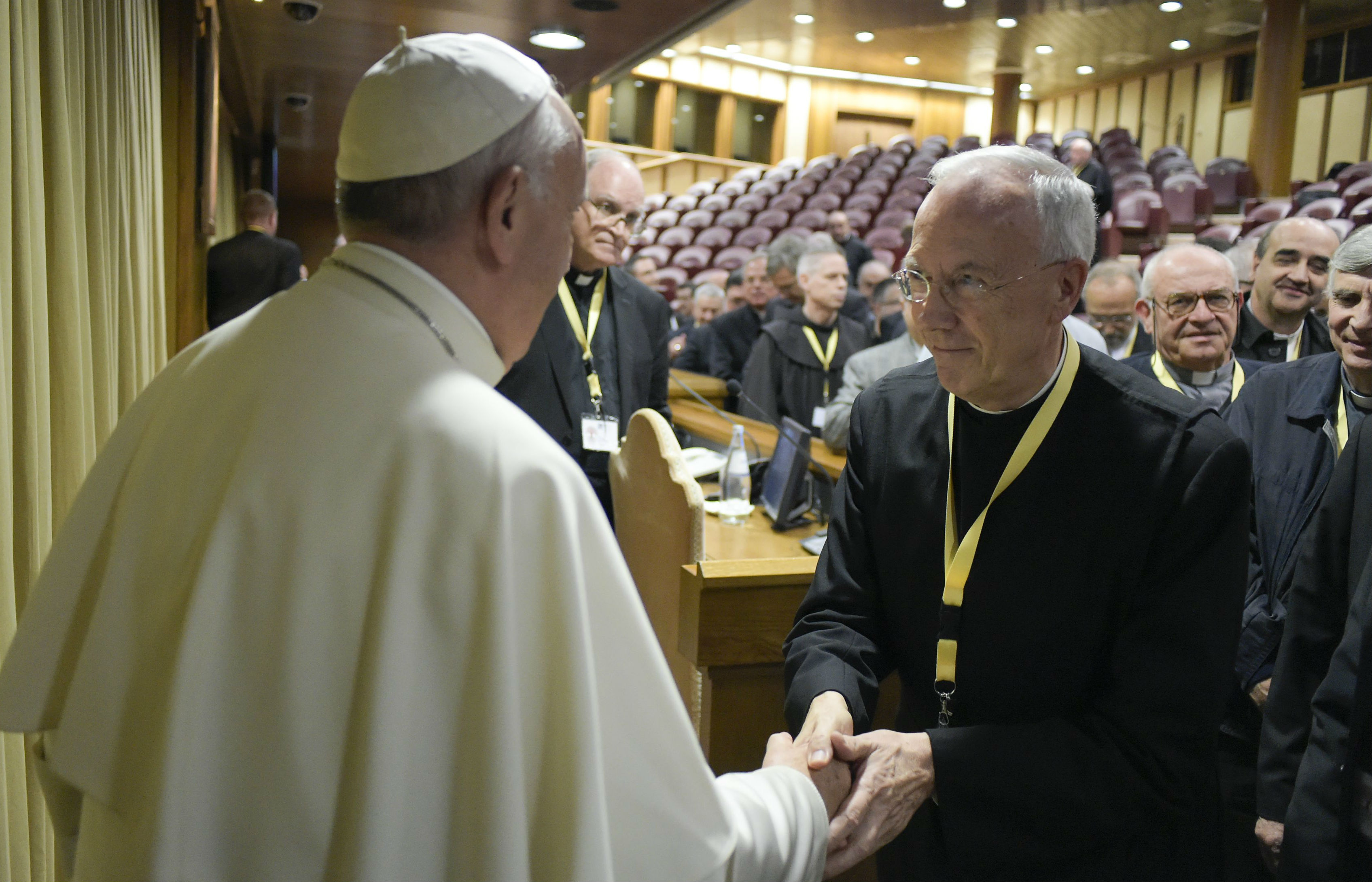 Body of Cardinal Cormac Murphy-O’Connor received into Westminster Cathedral, ahead of funeral

After the service, a kneeler was placed at the foot of the coffin and a steady stream of people came throughout the day to pay their last respects 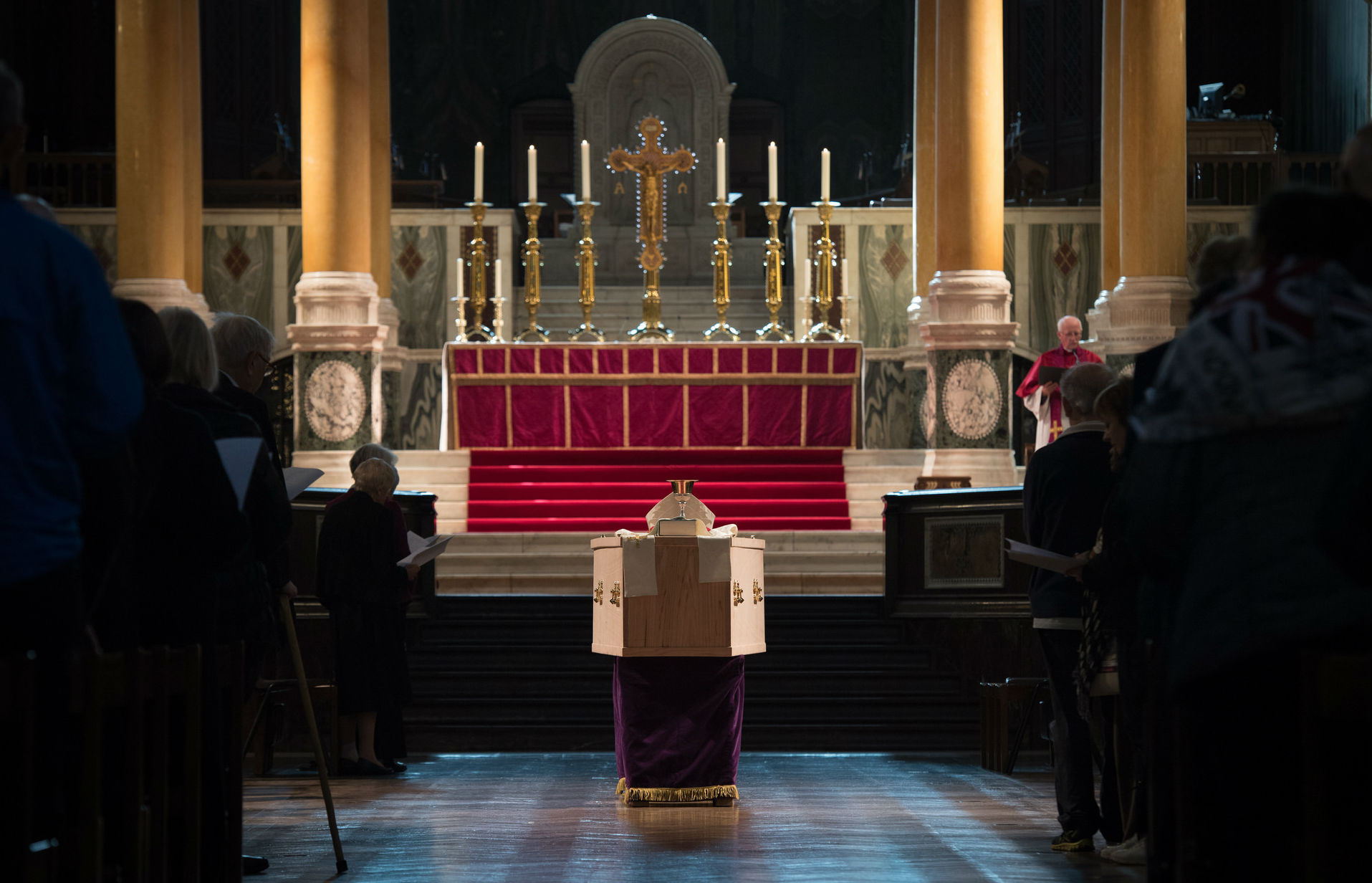 The body of Cardinal Cormac Murphy-O’Connor has been received into Westminster Cathedral, ahead of his funeral on Wednesday.

The reception was a quiet and moving service attended by the Cathedral Chapter and eight bishops including the present Archbishop of Westminster, Cardinal Vincent Nichols, the Archbishop of Birmingham, Bernard Longley and the Bishop of Plymouth, Mark O’Toole.

The service began at the West Door where the coffin was sprinkled with holy water before it was carried in procession through the cathedral to organ music by Bach.

Special prayers accompanied the placing of Christian symbols on the cardinal’s coffin: his book of the Gospels, cross, chalice, stole and mitre.

The celebrant, Canon Michael Brockie, Canon Provost of Westminster Cathedral, recited a litany that included the prayer “Lord Jesus, gentle Shepherd who brings rest to our souls, give peace to Cormac for ever.”

After the service, a kneeler was placed at the foot of the coffin and a steady stream of people came throughout the day to pay their last respects.

Among them was John from Enfield who said Cardinal Murphy- O’Connor supported him in his catechetical work in parishes.

“I’d applied for the Diaconate but it wasn’t the right time and rather than feeling disillusioned by it, he [Cardinal Murphy-O’Connor] actually wrote me a letter of encouragement and it’s always stayed with me and I wanted to pay my respects today,” he said.

Ronan and Catherine O’Kelly were married by the cardinal at Arundel Cathedral. The couple had fond memories of the way he conducted the service.

“He was warm and he did it with a real wit and sparkle as well as an underlying holiness,” said Mr O’Kelly.

Joanna Camporota, a parishioner in Chiswick, West London was a regular at the 8 am Sunday Mass celebrated by the cardinal there and recalled the wit and warmth of his preaching.

Mrs Camporota added: “My husband is Italian and the cardinal loved to speak to him in Italian. He used to say he didn’t want his Italian to get rusty.”

This evening, Cardinal Nichols presided over Solemn Vespers of the Dead.

The congregation heard that Cardinal Murphy O’Connor believed in and strove for the renewal called for by the Second Vatican Council.

In his sermon, the Archbishop of Birmingham, Bernard Longley highlighted the cardinal’s commitment to ecumenical dialogue and to his many years of work with ARCIC, the Anglican Roman Catholic International Commission, alongside Bishop Mark Santer, the retired Anglican Bishop of Birmingham.

“The presence of so many ecumenical friends and representatives of other faith communities is a striking tribute to the difference Cardinal Cormac made in realising the will of Christ for the Church,” Archbishop Longley said.

The Requiem Mass for Cardinal Murphy-O’Connor will take place at noon on Wednesday.