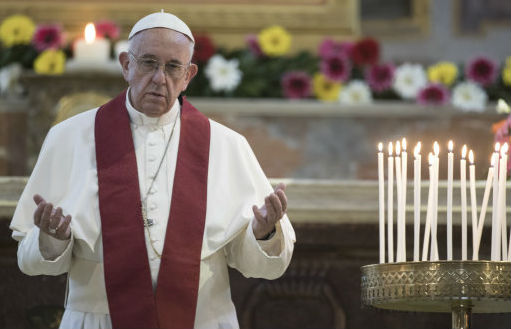 'Now is the time to heal wounds, to build bridges, to overcome differences' 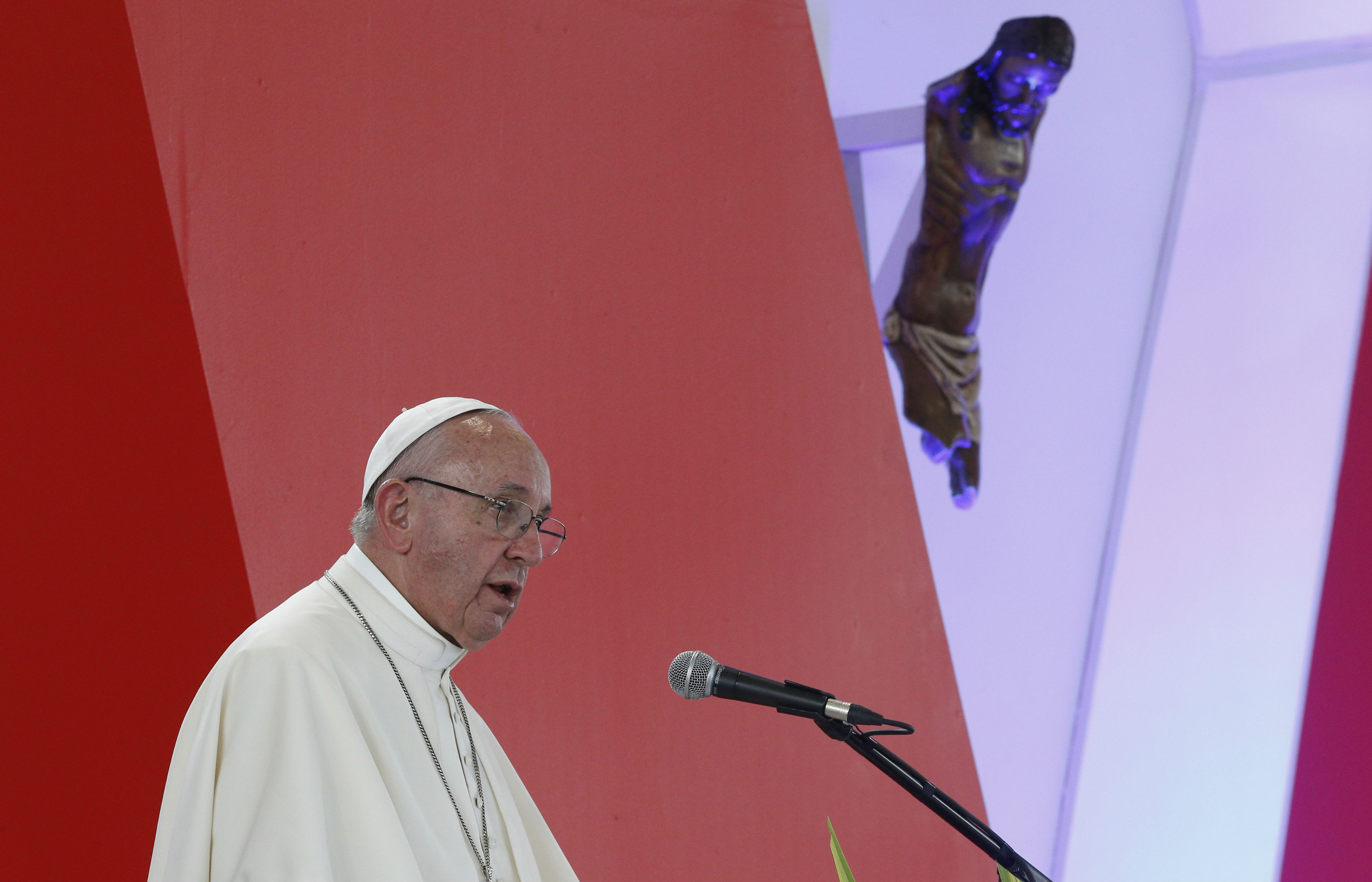 Pope Francis has made an impassioned appeal to Colombians to forgive each other for the the violence waged during the country’s decades long civil war, and pursue the Government's pathway to peace.

In a powerful national reconciliation service aimed at shoring up a fledgling ceasefire deal between the Government and Farc militants, the first Latin American Pontiff urged them to “surmount enmity” and draw a line under a conflict in which an estimated 220,000 people died.

“Colombia, open your heart as the People of God and be reconciled,” Francis said during the service which took place on Friday in Villavicencio, a city southeast of Bogota. “Dear people of Colombia: do not be afraid of asking for forgiveness and offering it. Do not resist that reconciliation which allows you to draw near and encounter one another as brothers and sisters.”

He went on: “Now is the time to heal wounds, to build bridges, to overcome differences. It is time to defuse hatred, to renounce vengeance, and to open yourselves to a coexistence founded on justice, truth, and the creation of a genuine culture of fraternal encounter.”

Before speaking the Pope heard moving testimonies from those on all sides who were caught up in the country’s 52-year long conflict. One of them, Pastora Mira García, explained how she lost two children, a father and husband to violence. Later, however, she got to know and cared for both the murderer of her father, and one of the young men who tortured and killed her son.

"The unforgivable can be forgiven” she told the large crowd.

Following the testimony the Pope greeted each of those who had spoken with a sign of peace. Francis told the audience that he had come “not so much to speak” but to “embrace you and weep with you.”

The Pope’s 6-11 September visit has been focused on encouraging a peace deal between Colombia’s government and the FARC militants which has divided the country. President Juan Manuel Santos’ administration has set up a Truth and Reconciliation commission, part of a transitional justice system that includes an amnesty court.

Francis’ speech at the event was aimed at backing this process, and the reconciliation service designed to be one of the major set piece events of his trip.

While the Argentine Pope is renowned for his emphasis on mercy and forgiveness, today he also talked about justice. Many in Colombia feel uncomfortable at the prospect of former militants being granted amnesty deals and forging political careers.

“Justice requires that perpetrators of wrongdoing undergo moral and spiritual renewal,” he said.

“It can be difficult to believe that change is possible for those who appealed to a ruthless violence in order to promote their own agenda, protect their illegal affairs so they could gain wealth, or claim – dishonestly – that they were defending the lives of their brothers and sisters.”

Even so, Francis continued, feelings of vengeance must not prevent them pursuing the path of justice, mercy and peace, nor must they be distracted by difficulties along the way.

“When the sower finds weeds mingled with the wheat, he or she is not alarmed,” the Pope said. “Search for the way in which the Word becomes incarnate in concrete situations and produces the fruit of new life.”

In a speech which was often drowned out by applause, Francis stressed the need to find out the truth over past atrocities is essential.

Finally, he called them to pray together; placing their intentions and fixing their gaze on the mutilated crucifix of Bojayá, which has become a powerful symbol of the violence in Colombia. The crucifix shows Christ without arms or legs.

In 2002, 300 were sheltering in a church - Bojayá's only concrete building - when a mortar from FARC hit it during a three way firefight between the government and right-wing militias.

“To see Christ this way, mutilated and wounded, questions us,” the Pope said of the crucifix. “He no longer has arms, nor is his body there, but his face remains, with which he looks upon us and loves us.”

Francis added: “Christ broken and without limbs is for us ‘even more Christ’, because he shows us once more that he came to suffer for his people and with his people.”