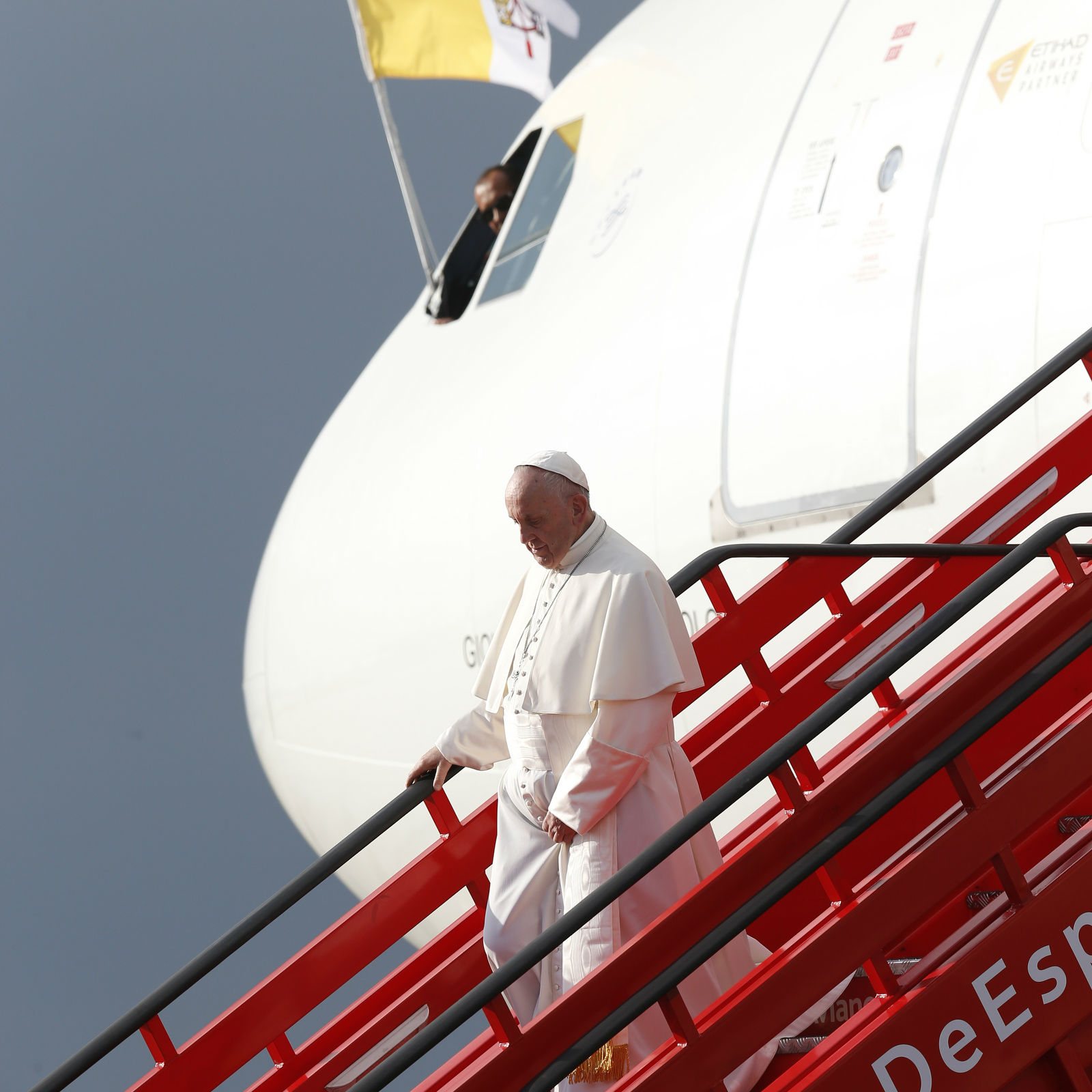 Only in the darkness, Martin Luther King Jr once said, can you see the stars.

But with threats of nuclear war, environment disasters, terrorism and political uncertainty, holding onto hope in today’s world can be difficult.

Now Archbishop of Westminster, Cardinal Vincent Nichols, has written a book, 'Hope in Action', looking at both the theological roots to the world and how to practically apply it.

This book, the cardinal says, is aimed at those feeling hopeless and sets out a clear vision about what can be done. Drawn together from his recent speeches and homilies, it includes chapters focussed on tackling sexual violence, human slavery, prison reform and religious extremism.

“Hope is what gets you out of bed in the morning,” he tells me in an interview. “It’s a will to achieve something and unties this with the intellect into a vision and understanding.”

The ultimate hope, the cardinal continues, is found in the mystery of God which is “the fountainhead from which hopes flow.”

Cardinal Nichols told me that political leaders are not successfully articulating the hopes of people, which is creating the vacuum where populism starts to grow. He adds that the loss of hope in its religious roots, particularly among young people, is taking away their ability to construct a “vision of hope.”

In the interview he also talked about Britain post-Brexit. While there was a lot of uncertainty, the cardinal saw the UK’s future outside of the European Union as the start of a new era.

“I don’t sense this being about Britain being an isolated unit, but finding a different place in the world,” he says. “And for some, there is a sense we might become unencumbered.”

Below is a question and answer interview with the cardinal.

People often talk about the importance of being optimistic or staying positive, but say less about hope. What do you think the difference is?

A crucial difference is about how we see the future. With optimism, sometimes we say we have to sustain our optimism, even in the face of unattractive odds. In contrast, hope is open-eyed. It sees beyond the obstacles to something which may be difficult, but sees what is achievable and rational. When people talk about optimism they often mean: “I can face whatever comes because I’m secure, I’ve got a home, a mortgage, my insurance policies and a strong family." They see an uncertain future, but a secure present.

But for the Christian virtue of hope, we may have an uncertain present but we look towards a certain future. And that certainty comes from faith. Why is this important? At the moment, there's a bit of a dearth of hope and we are not so good at understanding the foundations of hope.

I read a recent newspaper article on new research showing a high proportion of young people don’t have faith. The article said this was going to be difficult for church leaders. But I would respond by saying that if this is true it is going to be a challenge for all of us. What is going to be the unfolding dynamic of young people’s lives? The loss of hope, and in its religious roots, weakens identity.

If it were true, it would mean young people are losing the tools with which to construct a vision of hope. That’s not good news to anybody and this should make us all stop and think. Behind that there is a quest going on. There are vacuums, and there is a growing gap between what people think and what political leadership says we should want. That’s the space where populism grows. As someone said to me before the United States’ presidential election that the vote would reveal a vast majority people don’t accept the consensus of an East Coast elite.

There’s a lot of uncertainty in today’s world and we see that fear rather than hope is taking a grip among many. How should politicians do more?

This book is to do with the small print, and is about building from the bottom. Clearly there are contexts that can either help or hinder. At the time I wrote the book there was a strong lead from government on prison reform. Now that has waned a bit as the government is concentrating on negotiations to leave the EU but the vision we need is still there. And the Catholic church is well placed with its numerous prison chaplains.

I think there is anxiety, uncertainty. The temptation is there not to get out of bed, but pull up the duvet: hope, on the other hand, impels us to act. Put simply, it is hope that gets out of bed in the morning.

Talking of prisoners and prison reform do you think that while western society is seen as very permissive, it also condemnatory when it comes to giving people second chances?

That’s true and there are many different ways where the Church can help. One of the things we are edging towards is a social enterprise programme and centre that will help prisoners get work. There are employers out there who will employ prisoners when they get out. This is very important as it gives people a chance to rebuild their lives and reintegrate into society.

One of the book’s chapters looks on religious extremism. How should that be resisted?

Part of what I write about is finding the definition of extremism. It is an easy shortcut to label as extreme those people with whom you disagree. Then there are manipulative bodies such as Islamic State who can infiltrate the world of young people and radicalise them. This is done through many ways and increasingly this can be done through the internet. While for most people in the room of a certain age a mobile is an extension of the phone, for someone under the age of 24 it is an essential part of their personality and an essential part of the way they interact. And If you’ve got access into their personality, you can refashion that personality, and they can be recruited in a matter of weeks.

Youngsters who do not have a firm values or framework are vulnerable. and we need to educate them so they have a coherent vision as to who they are and how they might live.

Obviously the digital world has huge advantages, and there is clearly no going back, but it can be misused. This is an area that requires more attention and understanding so our human dignity is maintained and developed in this digital world.

In the book you write that “we are at a crucial moment” as the “fairly long winter” of opposition to things of faith is beginning to thaw. What makes you say this?

I don’t think our public culture is changing that much but the aggression against religious belief has slackened a bit. I do think that on the wider aspects of the way we live, there are more questions; more awareness of what is unsatisfactory and that an increasing secularism does not mean good news.

If you look at the sources of social capital, religious faith is a huge inspiration. In this archdiocese [of Westminster] there are 840 outreach programmes and it has been calculated that people gave four million hours of their time for voluntary work last year. Of course there are many non religious people who do good and we should find common cause, but faith, hope and charity go together.

Some look at Britain after the Brexit vote and think it is turning in itself. What is your impression?

We are still very uncertain. But my impression would be that there is an emerging popular view which says we are not turning in on ourselves but looking for more opportunities. So it is Britain in the world. But this is still very uncertain and from the media it is difficult to know what progress is being made. I don’t, however, sense this being about Britain becoming an isolated unit, but finding a different place in the world and in relation to Europe.

Hope in Action - Reaching out to a World in Need by Cardinal Vincent Nichols, published by SPCK on 4 September, £7.99