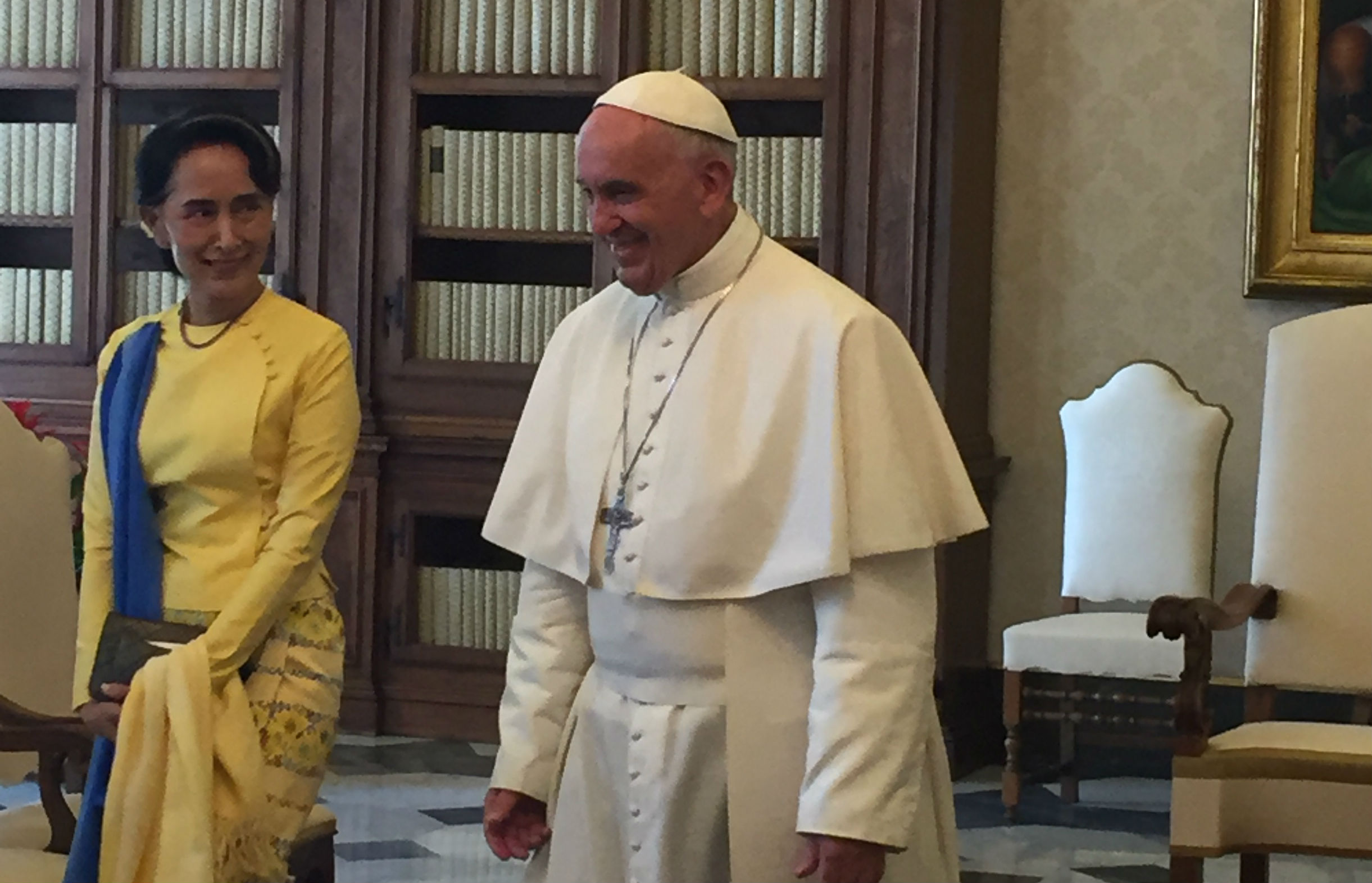 A Catholic priest in the Arlington Diocese who wrote a column asking forgiveness for the time he spent as a member of the Ku Klux Klan 40 years ago when he was "an impressionable young man" has never paid court-ordered restitution for cross-burning and other racist actions he pleaded guilty of doing at that time.

"As a young adult I was Catholic, but in no way practicing my faith," Father William Aitcheson, now 62, wrote in a 21 August editorial posted on the website of the Arlington Catholic Herald, the diocesan newspaper. "The irony that I left an anti-Catholic hate group to rejoin the Catholic Church is not lost on me. It is a reminder of the radical transformation possible through Jesus Christ in his mercy."

"While 40 years have passed, I must say this: I'm sorry. To anyone who has been subjected to racism or bigotry, I am sorry. I have no excuse, but I hope you will forgive me," he wrote.

The Washington Post reported on 24 August that when Father Aitcheson was in his early 20s and a student at the University of Maryland, he was the leader of a KKK lodge in Maryland and was arrested and charged with making bomb threats, manufacturing bombs and burning a cross on the front lawn at the house of an African-American couple, Barbara and Phillip Butler, in Prince George's County, Maryland, in 1977.

At the time he pleaded guilty and was ordered to pay restitution to the couple of $20,000 but never did so, the Butlers, who are themselves Catholic, said at a news conference 23 August. Some news reports put the amount he owed at $26,000, which included other fines. The priest is not giving interviews.

Reading the priest's 21 August account brought back the horror of it all, said the couple, who were newlyweds at the time. More than paying restitution to them, the couple wants a sincere apology from the priest, they said.

"'Father, forgive them for they know not what they do,'" Barbara Butler said, quoting Scripture. "But you did know what you did. ... You changed our lives a lot."

"Father Aitcheson fully acknowledges that the Butler family deserved and deserves an apology," the diocese said in a statement. "Father Aitcheson is open to meeting with the Butlers privately to address some of their rightly held concerns and questions."

Arlington Bishop Michael Burbidge "has offered to be present for that meeting," the statement said. "In the press conference, Mr. Butler said that he and his wife want closure. Our hope is that we can assist them in finding that closure."

The diocese also "is encouraging Father Aitcheson "to fulfill his legal and moral obligations to the Butler family."

"The Butler family asked for the disclosure of names of any others who cooperated in the cross burning at their home," the statement said. "Father Aitcheson agrees to fully cooperate with law enforcement addressing details of this case that were not gathered previously."

The Washington Post said the priest only came forward with his account of those years after a freelance reporter who had been a parishioner of his years ago approached the diocese with information about his past.

The journalist "stated that she learned that Father Aitcheson's legal name matched that of a man arrested in the 1970s," the diocese said in a statement. "Father Aitcheson was approached about this, he acknowledged his past and saw the opportunity to tell his story in the hopes that others would see the possibility of conversion and repentance, especially given the context of what occurred in Charlottesville. The diocese agreed to publish his account."

Father Aitcheson's request to take a temporary leave from active ministry was granted by the diocese. He had been parochial vicar at St. Leo the Great Parish in Fairfax City since June 2014.

Ordained in 1988 for what was then the Diocese of Reno-Las Vegas, Nevada, Father Aitcheson returned to the East Coast in 1993, and began ministering in the Arlington Diocese. He was incardinated into the diocese in 1998, becoming a priest of the Northern Virginia diocese. He has had various pastoral assignments since then.

PICTURE: Protesters march through the streets in Portland, on 18 August 18, 2017, in solidarity against hate with Charlottesville, a week after white supremacists, neo-Nazis, and Ku Klux Klan members descended on the city to protest the removal of the statue of confederate general Robert Lee