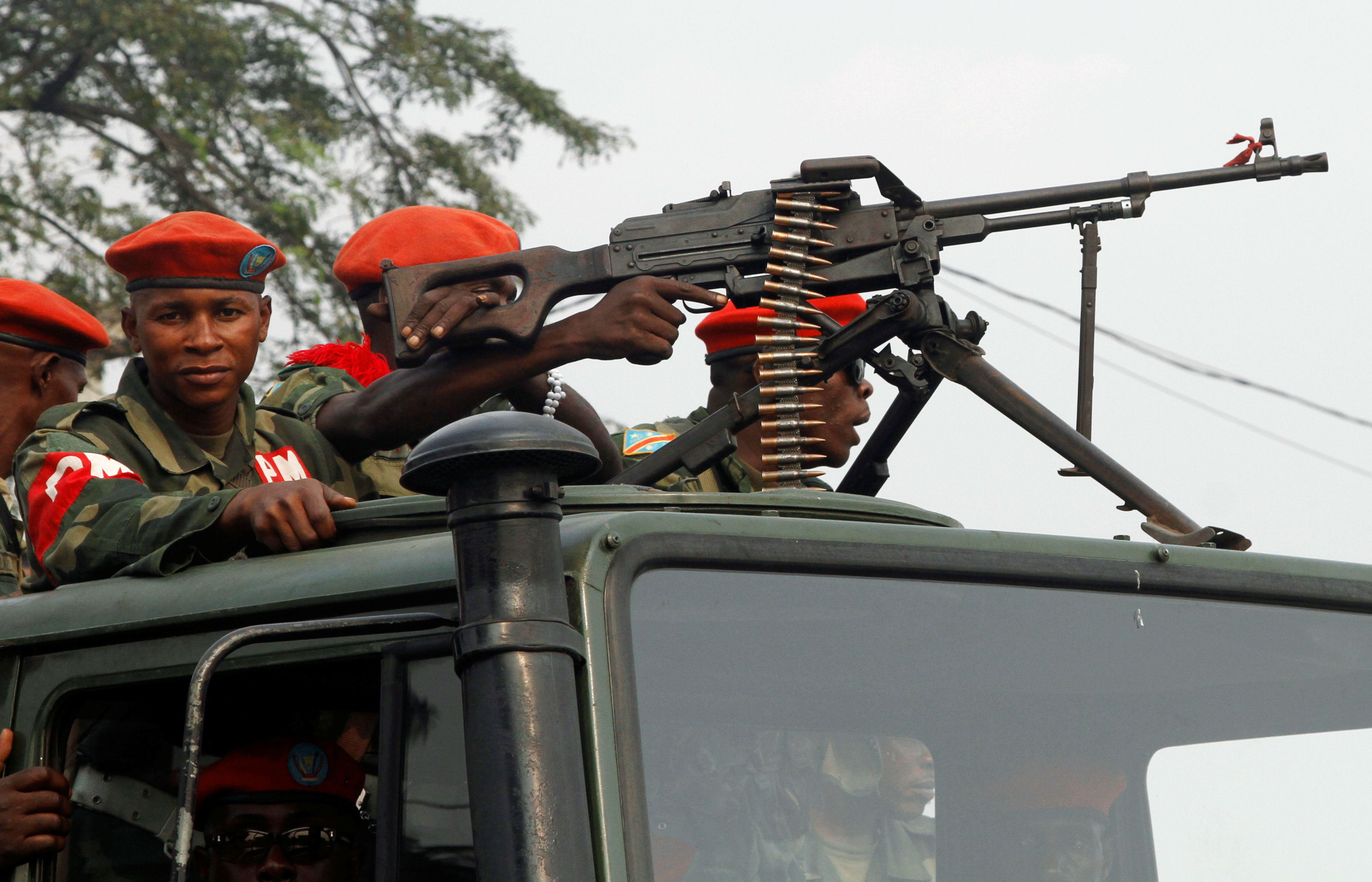 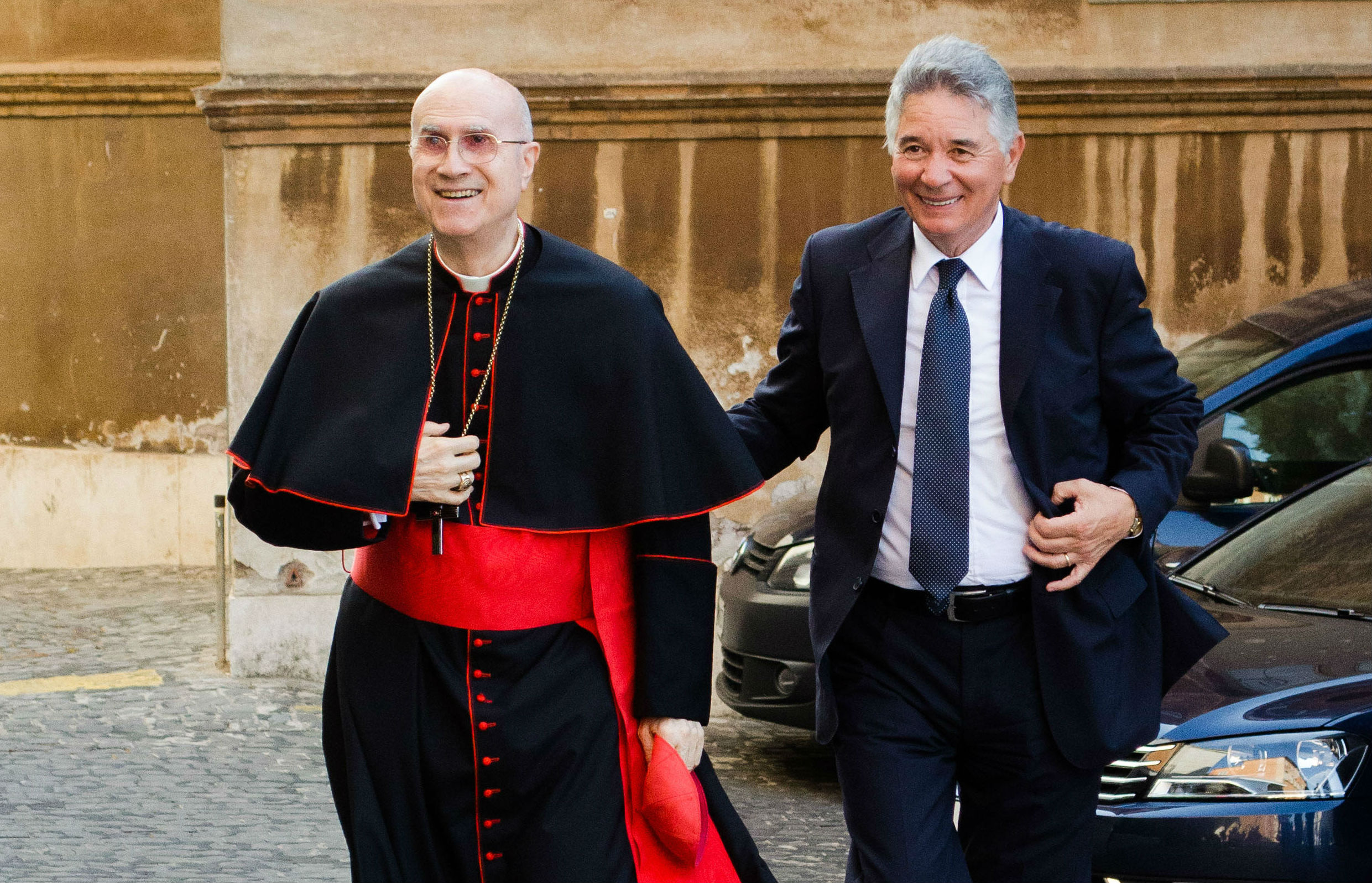 The Vatican’s former Secretary of State risks becoming embroiled in a trial examining claims that funds from a children’s hospital were used to renovate his retirement home.

Cardinal Tarcisio Bertone, who was Benedict XVI’s most senior adviser, allegedly had his 3,230-square-foot flat upgraded with €422,000 from Bambino Gesù hospital, on the understanding he would host fundraising events for the Holy See-run pediatric hospital in return.

The foundation’s former President, Giuseppe Profiti, and its former treasurer, Massimo Spina, are now both standing trial in the Vatican accused of illicitly diverting hospital funds and if convicted face between three to five years in prison.

On the trial’s first day Spina’s lawyer revealed that Cardinal Bertone - who is not on trial - had sent a letter to the court where he “excludes responsibility” although it was not clear whether this concerned the cardinal or Spina.

Bertone has denied any wrongdoing, although he could be called as a witness, particularly if the contents of the letter come into question. The trial, which is another sign of Pope Francis’ attempts to crack down on Vatican financial scandals, will reconvene on 7 September.

While the Pope has overseen the implementation of a system preventing fraud and money laundering, so far there have been no convictions of those accused of financial crimes.

The trial comes soon after the departure of Cardinal George Pell, Francis’ treasurer who has taken a leave of absence to face trial over historic sex offences in Australia. His departure has created a vacuum of leadership over the economic reforms as it occurred shortly after Libero Milone, the first Vatican auditor-general, resigned his position.

Cardinal Pietro Parolin, Bertone’s successor as Secretary of State, says the trial shows the Pope’s desire for transparency when it comes to finances saying “it’s only right that everyone accounts for his or her own behaviour.”

While Cardinal Bertone was not charged and is not under investigation, the trial threatens to make some embarrassing revelations over the deal between him and the Bambino Gesu.

As well as the alleged €422,000 from the hospital, Bertone also spent €300,000 of his own money for work on the flat which is situated in the Palazzo San Carlo, a stone’s throw from the Casa Santa Marta where Francis lives in a two-room suite of 538 square feet.

The construction company, Castelli Re, owned by Gianantonio Bandera who is a friend of Bertone, received over €700,000 for the project. Castelli Re is not on trial or under investigation.

In a letter reported by Associate Press, Profiti wrote to the cardinal suggesting that Bertone's residence could be used for fundraising events for the hospital.

“The presence of Your Illustrious Eminence as a guest at these events would be a guarantee of a certain success in terms of participation and relative economic and institutional return,” Profiti explained.

Soon after the scandal first emerged in 2015, Bertone wrote a €150,000 cheque to the Bambino Gesu although he insisted he had no idea the hospital had paid for his flat renovation.

“Acknowledging that what has happened has been detrimental to the Bambino Gesu, Cardinal Bertone wanted to meet us half way, donating a sum of €150,000,” she explained earlier this year.

Spina’s lawyer, Alfredo Ottaviani, has said the funds given to Bertone were not earmarked for children but for “general interest” purposes.

Today Ottaviani argued that Spina transferred money on the orders of his superior while the defence lawyers also said the alleged offences did not take place in the Vatican but in Italy and England. The three judge panel rejected this argument.

They also refused a request from the defence that journalists be barred from proceedings with the lawyer for Profiti, Antonello Blasi, saying that reporters were "breathing down their backs." The judges said the trial was in the public proceedings while the prosecutor, Gian Piero Milano, mocked the defence's request. "I am sorry that you have no 'safety distance' from the journalists," he said.

The defendants are Italian citizens but being tried under the Vatican City State’s penal code. While they are not obliged to attend the trial, the Holy See said if they didn’t they would be tried in absentia.