Since taking office, Moon has said South Korea will take the lead in the peaceful coexistence with the North 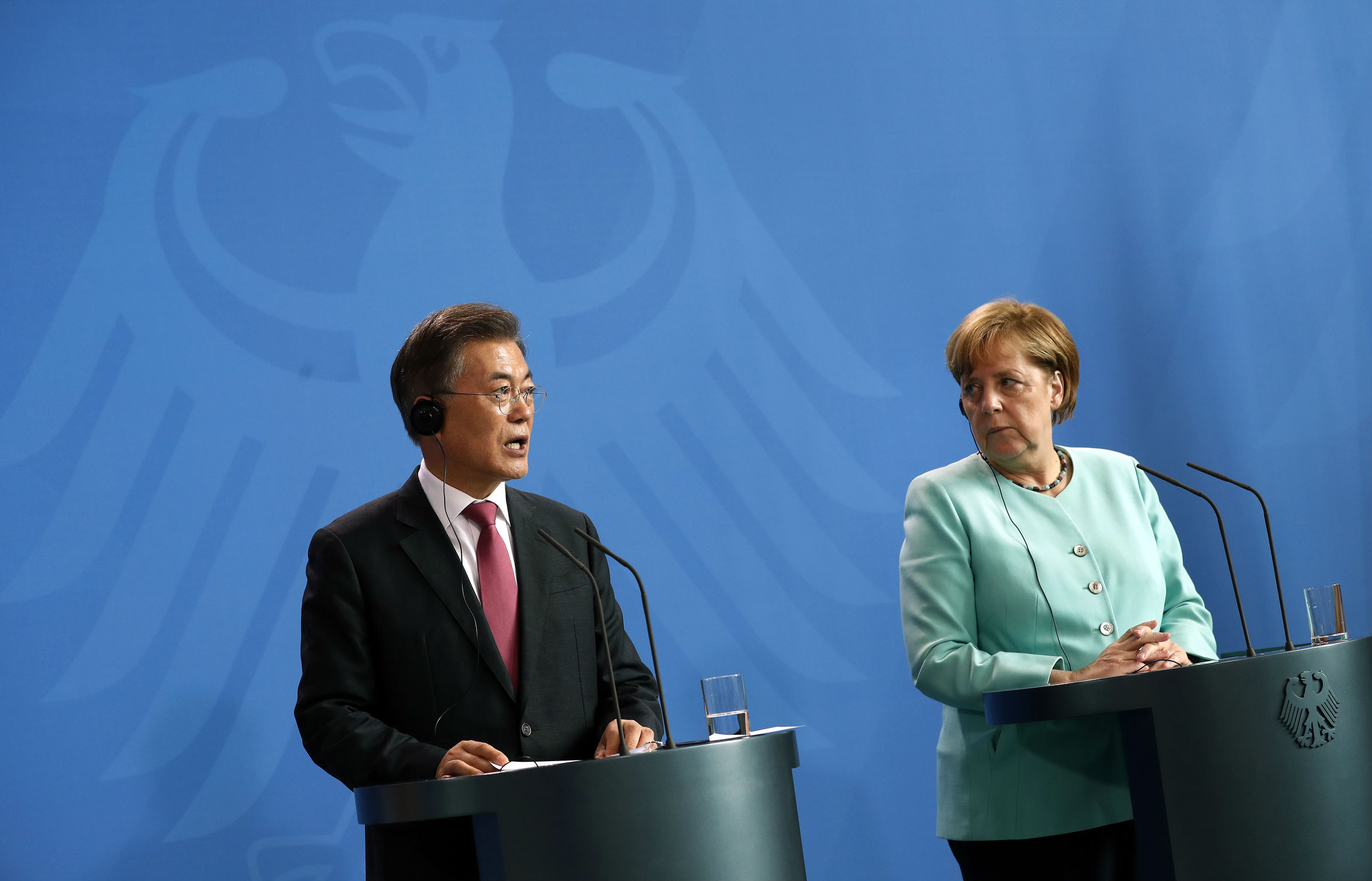 The president of the Korean bishops' conference has welcomed President Moon Jae-in's peace initiative, saying it matches the church's views on how peace can be achieved on the peninsula.

"I deeply agree with President Moon's direction for the future relations of the two Koreas," said Archbishop Hyginus Kim Hee-joong of Gwangju, conference president. His remarks were reported by ucanews.com.

Since taking office, Moon has said South Korea will take the lead in the peaceful coexistence with the North and presented principles aimed toward such a goal.

Moon said his administration is planning for the denuclearization of the Korean peninsula through guaranteeing North Korea's safety and the construction of a permanent peace system. There also will be economic and expanded civil exchanges, he said.

Such measures have been given full support by the Korean bishops, ucanews.com reported.

"First, we need a peace accord with support from surrounding countries, and we should resume inter-Korean exchanges such as civil exchanges, the operation of Kaesong industrial complex and tourism to Mt. Keumkang," both of which are in North Korea, said Archbishop Kim.

The North and the South have been divided since Korea's liberation from the Japanese at the end of World War II. The 1950-53 Korean War made the governments bitter enemies.

In recent months, tensions have been high over North Korea's nuclear weapon and missile development.

In June, the Korean bishops' Committee for the Reconciliation of the Korean People held a symposium and stressed that a peace accord would help usher in better relations with the North.

"The local church has actively participated in the exchanges between (the two nations), such as sending medicines and supporting farming development in North Korea, and it will keep doing it," said Archbishop Kim.

Father Timothy Lee Eun-hyeong, secretary of the bishops' committee, said, "President Moon's direction is the same as ours."

However, Father Lee said it would not be easy.

"The way to a peaceful Korea will not be smooth with the North's missile development and ever-changing international affairs," Father Lee said.

"Just as the church in Germany took an important role in the reunification of East and West Germany, the Korean church will raise our voice for the peaceful co-existence of two Koreas," Father Lee added.