Schönborn chided the dubia cardinals, criticising their manner of raising their concerns and their flouting of procedure 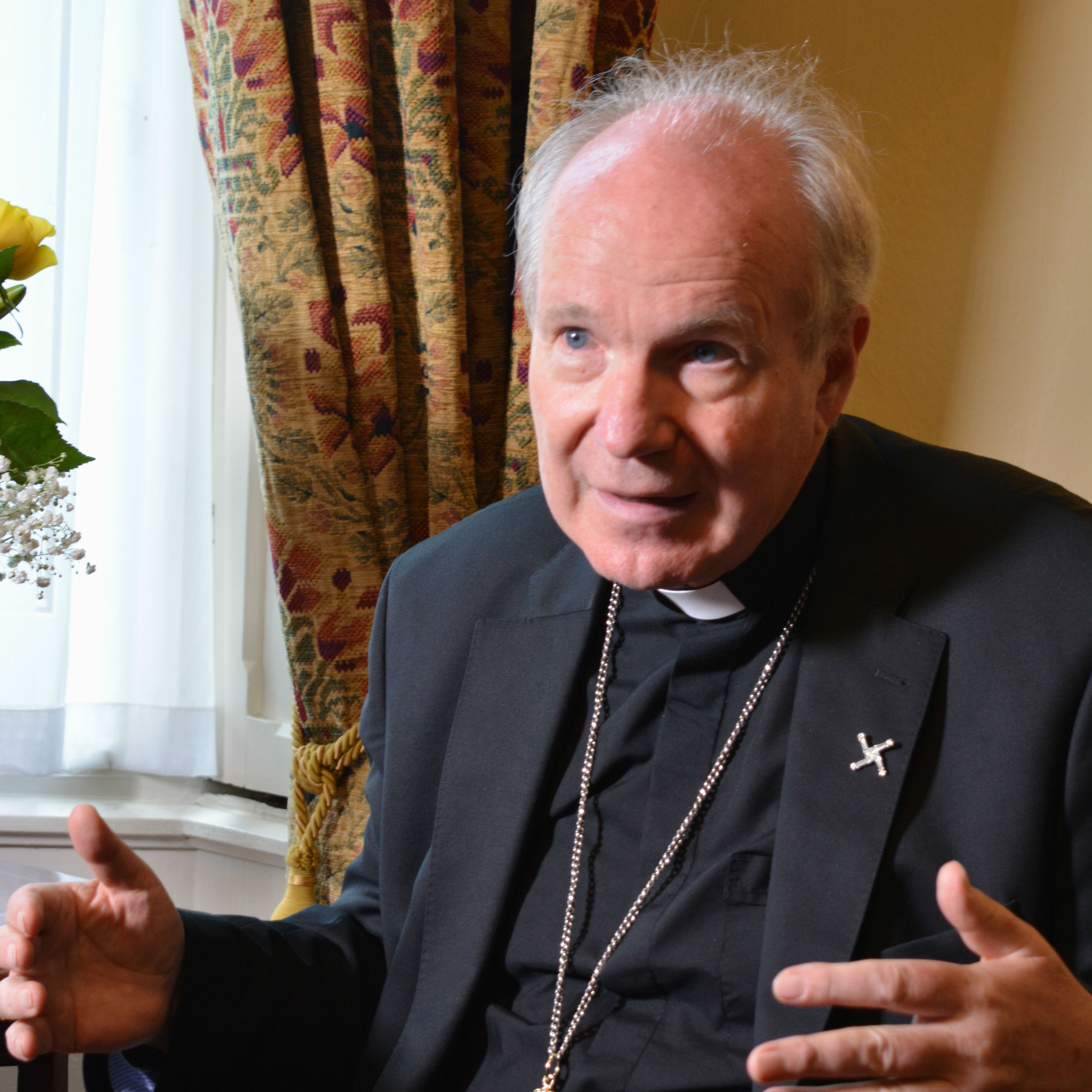 Cardinal Schönborn has rejected a criticism levelled at him by Cardinal Müller who described the Archbishop of Vienna’s intervention in the debate over the interpretation of Amoris Laetitia as “simply not convincing”.

Earlier this week, Cardinal Gerhard Müller hit out at Cardinal Schönborn and other advocates of the Pope’s family life document, including Cardinal Walter Kasper, saying their efforts to clarify the more contentious elements of Amoris Laetitia by treading a path between dogma and pastoral practice are unconvincing.

Speaking in Limerick today (13 July), the Archbishop of Vienna reacted with surprise to Cardinal Müller’s criticism of him but responded: “It is my opinion and whether other people share it is up to them.”

Cardinal Müller, who Pope Francis stood down as Prefect of the Congregation for the Doctrine of Faith last week, also suggested that the Pontiff should engage with those cardinals who had outlined their concerns about Amoris Laetitia in five questions or ‘dubia’.

Cardinal Schönborn chided the dubia cardinals, criticising their manner of raising their concerns and their flouting of procedure.

“That cardinals, who should be the closest collaborators of the pope, are trying to force him and put pressure on him to give a public response to their publicised letter is absolutely inconvenient behaviour,” he said.

Speaking to the German newspaper, ‘Passauer Neue Presse’, Cardinal Muller suggested that Pope Francis should entrust him with the dialogue between the two sides as he had the “competence”.

But he also emphasised that he had no intention of allowing himself to lead a movement which was critical of Francis.

Answering questions from the press ahead of addressing the conference ‘Let’s Talk Family: Let’s Be Family’ in Limerick, Ireland, Cardinal Schönborn said that the “answer to the dubia is very simple”.

He said the teaching of the Church was that a valid marriage is indissoluble. “Pope Francis never questioned the principles because these are the principles of the Bible and of the Gospel and Jesus’ teaching.”

“But giving this answer is not an answer to all the single cases and situations that we have to deal with in everyday life.”

He referred to the exhortation of Pope John Paul II, ‘Familiaris Consortio’, on marriage and the family, where he said the shepherds are obliged to discern different situations.

The Archbishop of Vienna, who is visiting Ireland with a number of seminarians from his diocese, hit out at those who adopted either a rigorist or too lax a stance on Amoris Laetitia, stressing that the path of discernment was less simple and easy but more fruitful.

Responding to questions on the terminally-ill baby, Charlie Gard, Cardinal Schönborn said that while he could not comment on British law, there were two principles that had to be considered in the case.

One, he said is that every human life is to be protected and helped as much as possible.

The second principle, which is contained in the Catechism of the Catholic Church, states that no doctor is obliged to exercise heroic treatment or excessive or extraordinary treatment.

“This is a question of prudential judgement. It can be very difficult – when is it excessive treatment and when is it following the sacred obligation of protecting life?”

Asked when excessive treatment cannot be supported, the Cardinal said this had to be decided on a case by case basis.

He also highlighted that Pope John Paul II had himself said that at a certain moment there would come a time to stop the life-support machines for him and let him go.

“He was able to make this decision himself, to let nature follow nature’s way.”

He cautioned against any rush to make a decision, underlining that discerning when it has become ‘heroic treatment’ is a prudential judgment, “and for a prudential judgement you must carefully look at every element of the decision.”