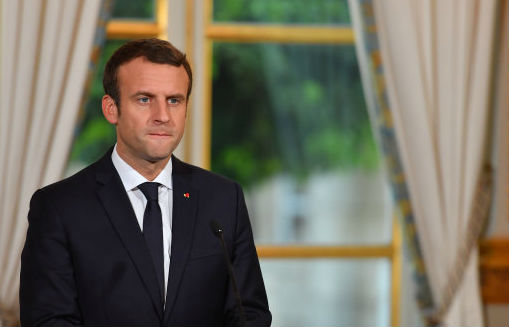 EU approach to migration is 'not working' Caritas declares

Caritas Europe has condemned European Union member states for a lack of solidarity with Italy, by not taking in contingents of the migrants who are flooding into the country from North Africa.

It said in a statement that member countries should share the burden with Italy, where 75 per cent of all migrants now arrive. And it urged other countries to open their Mediterranean ports to take people in, after ships operated by NGOs rescue the migrants from the flimsy boats provided by people traffickers.

The EU should step up naval rescue operations rather than close their ports to the NGOs, as Italy is threatening to do, and it should not invest even more in securing its frontiers, Caritas said.

“Europe’s approach to migration is not working,” Oliviero Forti, Director of the Migration Department of Caritas Italy, said in the statement from Caritas Europe.

“Europe must stop wasting money. Paying to strengthen borders only makes security companies and criminal traffickers richer. It would be cheaper and wiser to invest in efficient integration policies and to set up teams of civil servants that would boost asylum application processes in Member States facing large numbers of arrivals.”

So far this year, Italy has taken in more than 85,000 migrants coming by boat from North Africa.

Meanwhile in Calais a build-up of would be illegal migrants to the UK has prompted concern among charities and volunteers less than a year after its “Jungle” camp was dismantled and residents relocated. Hundreds of would-be migrants are believed to be sleeping in the undergrowth of forests after being chased out of the town by police. Last month a van driver was killed in Calais after migrants caused a pile-up by blocking the road with tree trunks in a bid to mount lorries heading for the UK, French authorities said.

PICTURE: A handout picture made available by the Italian Navy shows refugees on a boat on the Mediterranean Sea between North Africa and Sicily on 29 June 2014. The Italian Navy rescued more than 5,000 migrants within 48 hours.