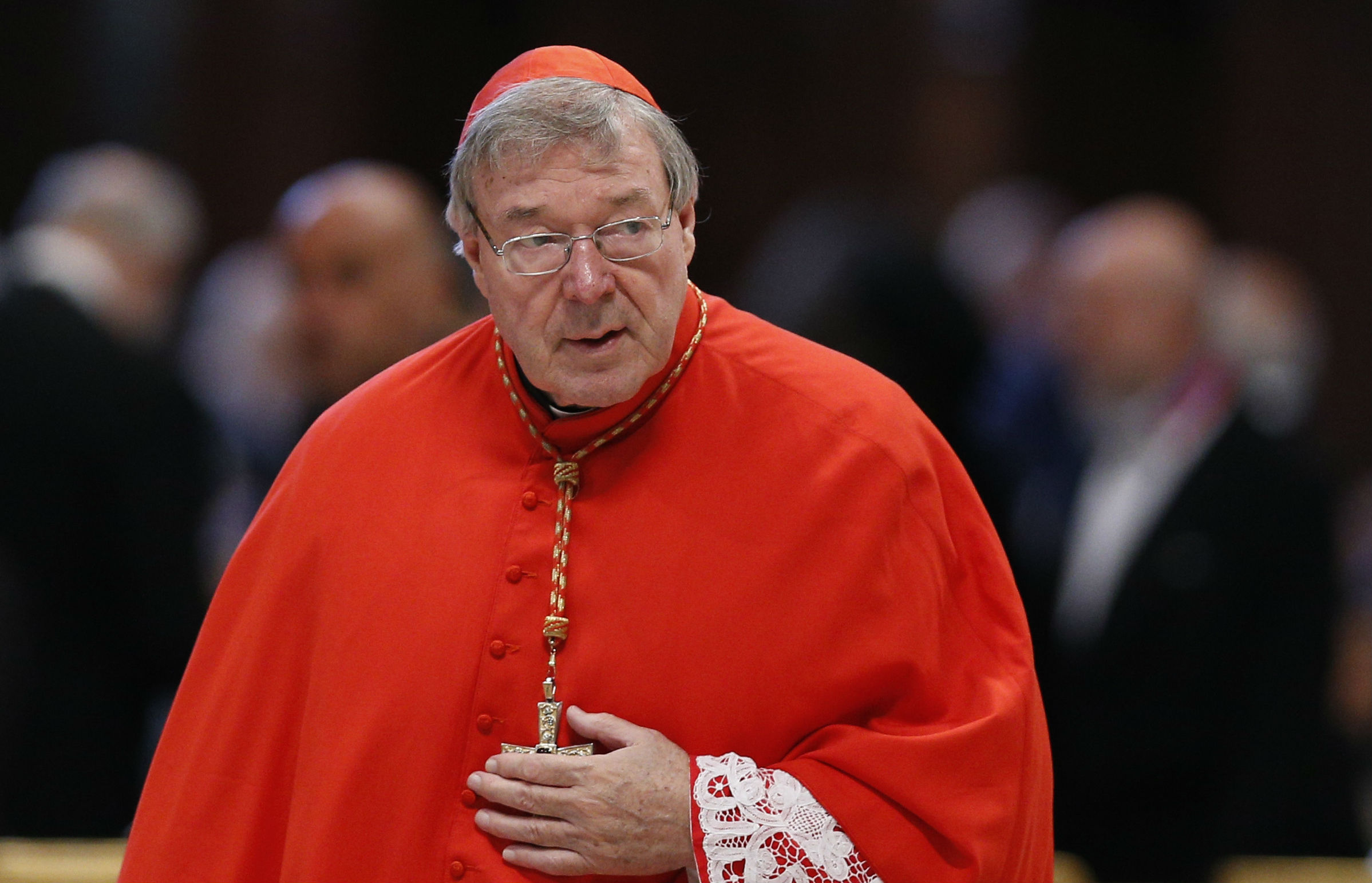 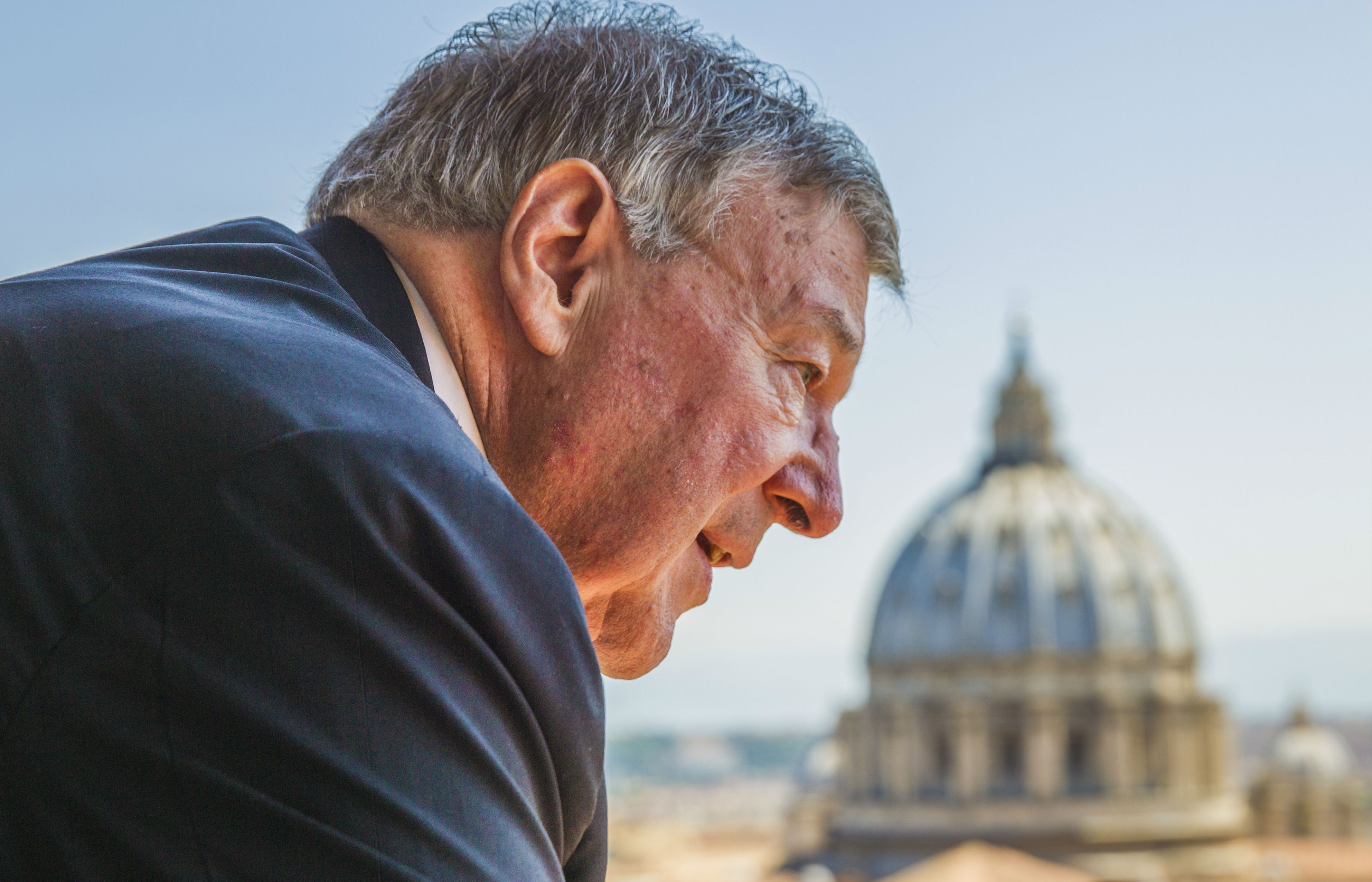 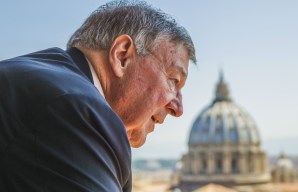 In Rome the feast of St Peter and St Paul is a public holiday, a day off for workers to spend in the sunshine. For Pope Francis it was a moment to celebrate Mass with his new cardinals and present new archbishops with the pallium - a vestment of lamb’s wool symbolising the shepherding of their flock.

But this year the feast turned into a day when shockwaves were sent through the Vatican.

At around 3am, news filtered through from Australia that police wanted to charge Cardinal George Pell with historic sex offences against children.

Then, at 8.30am, the 76-year-old cardinal read out a statement that he will be taking a leave of absence from his job running Vatican finances so he can return to Australia and defend himself against the accusations, which he strenuously denies.

In a matter of hours Pope Francis was staring at the biggest crisis to face his four year papacy.

Not only is the cardinal the highest ranking Church figure to be changed with sexual abuse of minors, but he is one of Francis’ closest aides, a man who is both leading a crucial Vatican reform effort and who sits on the Pope’s body of nine cardinal advisers.

While the Holy See said today that the work of Pell’s Secretariat for the Economy will continue, a big vacuum has been opened up. The cardinal’s departure also comes hot on the heels of last Tuesday’s news that Libero Milone, a London-trained accountant who had led Italy’s branch of the accountancy firm Deloitte, was resigning as the Holy See’s first “auditor-general”.

It means the question many are left asking after today is: who will continue the work to sort out the Vatican finances, part of the mandate on which the Pope was elected?

In his statement today, Pell stressed he plans to return to his work in Rome after he has cleared his name, but Australian legal sources say the criminal proceedings being brought against him could take months, even years, before they conclude.

The cardinal has said he won’t serve past 2019 - the end of a five year mandate - and if proceedings are still ongoing by that stage, its hard to see how Francis can continue to have an absent economy prefect.

It wasn’t supposed to work out like this. Back in February 2014 Cardinal Pell was entrusted by the reform-minded Pope to undertake a root and branch shake up of money management at the western world’s oldest institution.

During his period in office the cardinal has made a number of changes. New accounting standards are being introduced; budgets are regularly checked; most Vatican departments now submit proper accounts. The Holy See’s financial watchdog is clamping down on suspicious transactions. And the Vatican bank, long a source of scandal, now routinely submits independently audited accounts. “The cardinal has broken the ice of the reforms,” one well-placed Vatican source told me.

But Pell encountered serious opposition. Many responsible for financial controls are reluctant to release details of their income and expenditure. Pell wanted one of the big four accountancy firms to conduct an independent, comprehensive audit. He was blocked. Milone, who had been in post for only two years had been given wide-ranging powers to investigate the Holy See’s murky finances, and reported directly to the Pope. Informed sources say he quit in frustration after getting on the wrong side of powerful vested interests.

Cardinal Pell, according to friends, was surprised by the news but took it cheerfully. It confirmed, perhaps, his belief that every attempt at reform inevitably meets fierce resistance. But some of those sympathetic to the formidable prelate feel that his role has been to lay the building blocks for change.

“Now is the moment for another figure - somebody who is not ordained but with proven experience at a central bank or major financial institution - to take charge,” one source told me, before news of the charges had been brought.

It’s a feeling many reformers share, while Pell himself has long been a promoter of greater lay involvement in the running of the Church’s finances.

Two floors up from the cardinal’s former office in the Apostolic Palace are the offices of the Administration of the Patrimony of the Apostolic See. APSA is in charge of the Vatican’s property portfolio and investments: what is left of the assets belonging to the Papal states following the Lateran treaty between the Holy See and Italy in 1929, which created the Vatican City State. But APSA doesn’t publish any publicly obtainable accounts, although it is known that it has assets worth hundreds of millions of euros, including prime properties in Rome, London, Paris and Switzerland. Critics say APSA doesn’t want to open up its books because it would reveal that rents out many of its properties at a peppercorn rent - prompting the inevitable question, what is it receiving in return?

Pell had been increasingly frustrated with APSA’s lack of transparency. APSA is led by Cardinal Domenico Calcagno, a personable prelate from north-west Italy whose fondness for owning and repairing guns earned him the nickname “Cardinal Rambo.” It was announced last year that he was under investigation for alleged embezzlement involving a clergy fund in Liguria. He’s stressed his innocence and no charges have been brought. Even before today's news broke, the Italian cardinal seemingly had been gaining the upper hand. Calcagno is often spotted dining with Pope Francis in the Casa Santa Marta. While Pell was originally given operational control over APSA, the Pope has since given it back some of its autonomy, though it still reports into secretariat that Pell led.

The cardinal’s aim had been for the Vatican to follow international banking standards but his opponents argue that this would infect the Church with a corporate, race-to-the-bottom ethos. The Pope, with his instinctive wariness of the capitalist system, might share some of their worries. But, Pell argued, if the Pope and the Catholic Church are to be respected voices on the world stage, they must bring transparency to the Vatican’s finances. As Francis put it: “If we don’t know how to look after money, which we can see, how can we look after the souls of the faithful, which we cannot?”

To understand the task ahead for the reformers, you have to get some sort of a handle on the Holy See’s slippery finances. The Vatican is routinely in the red: in 2015 the Holy See recorded a €12.4 million budget deficit; the year before, the deficit had been €26 million. While the frescoes of the Sistine Chapel smack of unimaginable riches, they are almost impossible to value. The Vatican is asset rich but cash poor. Its major income streams come from its investments, rents, contributions from the Vatican bank, and revenue from its museums. But the Holy See’s annual accounts make no mention of APSA, or the other major source of Vatican wealth: Propaganda Fide, the Congregation for the Evangelisation of Peoples, the powerful body which oversees the Church in mission territories, and which has its own extensive real estate portfolio. While there are no official figures, the total property assets of the Vatican have been conservatively estimated at €9-10 billion.

And then there is the Vatican bank, officially known as the Institute for the Works of Religion (IOR). When people think of the IOR, scandals come to mind. Pell put in a robust new management team, and its latest annual report showed increased profits. It has assets worth €5.7 billion - small by international banking standards - with account holders now strictly controlled. Defenders of the bank say it is geared to help Church in countries where there are no banking facilities. Critics say that discrete banking leads to secretive banking. The bank was regularly used for white collar crimes such as tax evasion. All this changed following 9/11 and the gradual introduction of new anti-money laundering rules and legislation designed to prevent the financing of terrorism. In 2008 Italy introduced the new norms and it became evident that the Vatican was way behind. Other banks became increasingly wary about interacting with the IOR. In January 2013, the breakdown of relations with other financial institutions culminated in the blocking of electronic payments through ATMs and credit cards by the Italian authorities in Vatican City State. The IOR was on the verge of losing access to cash.

Two months later Francis was elected Pope, with the objective of cleaning up the mess. Vatican sources say that initially he wanted to close the IOR. “St Peter”, he pointed out in a morning mass homily at the Casa Santa Marta, “did not have a bank account”. But in those early months of his papacy, new rules on who could hold accounts were instituted by then-director Ernst von Freyberg, appointed by Benedict XVI in the last days of his pontificate. It was also Benedict XVI who appointed René Brülhart to lead a new Holy See financial watchdog, the Vatican Information Authority (AIF). Immaculately turned out and softly spoken, Brülhart is a Swiss lawyer who had previously been in charge of Liechtenstein’s financial intelligence unit. His “quiet reformer” style has met with some success.

“It is important to make the case for reform based on facts, to take away the personality aspects,” Brülhart told me over coffee in the garden of the Hotel Columbus near the Vatican. As he spoke, pigeons flew onto our table. Brülhart calmly but firmly swatted them away. It seemed an apt symbol of his approach to his job.

“If you consider that the Vatican is the oldest institution in the western world, and see the progress that has been made in a short space of time, then I think we can say that significant reforms have been achieved,” he told me. “A system has been introduced that requires full transparency on client relationships as well as transaction monitoring. This system is working, as you can see it from the transactions that have been reported, suspended or frozen.”

Brülhart hints at the underlying challenge faced by reformers. Respecting the autonomy of each department is a key part of Vatican culture. The danger is that unconnected silos are created. Pell had been pushing for cross-departmental budgetary controls and accounting procedures. Just over four years into Francis’ papacy and progress is not insignificant. Mercifully the scandals, for the most part, have stopped. What is harder to reform is the deeply-embedded culture of an ancient institution used to doing things in a certain way. Pulling this off is as much a sensitive exercise in change management as it is in economics. Pope Francis Cardinal Pell, in their forceful and occasionally bullish way, have got the ball rolling. But given today’s news, the future of their work seems uncertain. It may now be left to a new generation of leaders to push the reforms forward.

The credibility of the Church rests on it.