Welby asks predecessor, Lord Carey, to consider his position after report finds C of E 'colluded' with bishop to cover up sex offences 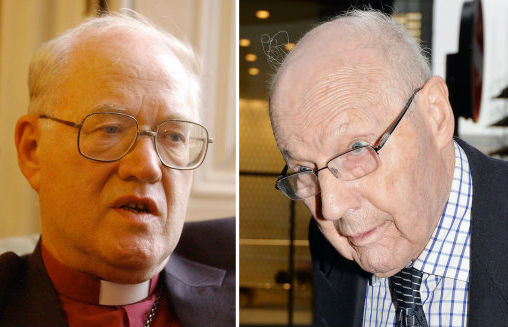 The Archbishop of Canterbury, Justin Welby, has written to his predecessor, Lord Carey, asking him to consider his position as honorary assistant bishop in Oxford after an independent report found senior figures in the Church of England “colluded” for a period of 20 years with former bishop, Peter Ball, who sexually abused boys and men.

“The church colluded and concealed rather than seeking to help those who were brave enough to come forward. This is inexcusable and shocking behaviour,” said Archbishop Justin Welby.

Welby said the report, chaired by Dame Moira Gibb and published on 21 June, made “harrowing reading.”

“There are no excuses whatsoever for what took place and the systemic abuse of trust perpetrated by Peter Ball over decades,” he added.

Steven Croft, bishop of Oxford, confirmed Welby had written to Carey, asking him to “carefully consider his position”. Croft and Carey will meet “in the coming days" for that conversation, Croft said in a statement released today (22 June).

"In the meantime he [Carey] has voluntarily agreed to step back from public ministry,” continues the statement.

Lord Carey has said the report "makes deeply uncomfortable reading". He continued: "I accept the criticisms of me. I apologise to the victims of Peter Ball. I believed Peter Ball's protestations and gave too little credence to the vulnerable young men and boys behind those allegations."

The 84-year-old former Bishop of Lewes and Gloucester, was jailed for 32 months in October 2015 after admitting a string of historical sex offences against 18 teenagers and young men. He was released from prison in February after serving 16 months.

The report, 'An Abuse of Faith', says that, after Ball was accused in 1993, a string of senior establishment figures - including Carey, an unidentified member of the royal family, cabinet ministers and a high court judge – all came out in support of him.

It adds that after Neil Todd, a young man who had stayed with Ball, came forward with allegations of abuse, seven further letters were sent to Carey raising concerns about Ball's activities. Only one, which was of least concern, was passed on to the police. “The failure to pass six of the letters to police … must give rise to a perception of deliberate concealment,” the report said.

Ball was cautioned by police and resigned from his post in 1993, but was allowed to continue to carry out services, including baptisms and confirmations and speaking engagements in at least 17 public schools, up until 2007.

A fresh investigation was opened in 2012, which led to his conviction.

Neil Todd – the first to come forward with allegations of abuse – attempted suicide three times before finally killing himself in 2012.

The report points out that Carey's successor as Archbishop of Canterbury, Rowan Williams, presided over the Church when it began a review of abuse which led to Ball's case being reopened. It adds: "Lord Williams inherited a confused situation regarding Peter Ball but he and his staff missed the opportunity to review and clarify it at the start of his time in office. He did oversee real change but at a pace which now seems lamentably slow."

Welby ordered the independent review of the church’s handling of the case in 2015.