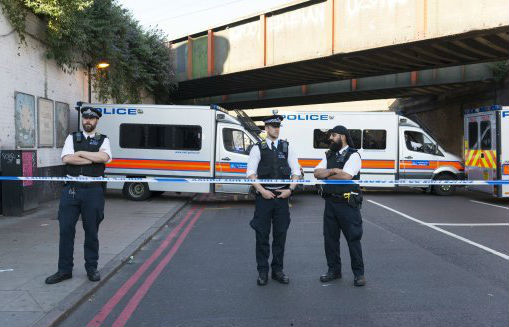 Cardinal Nichols said during his homily, "what we can do is intercede with Jesus on behalf of the broken, the lost, the devastated" 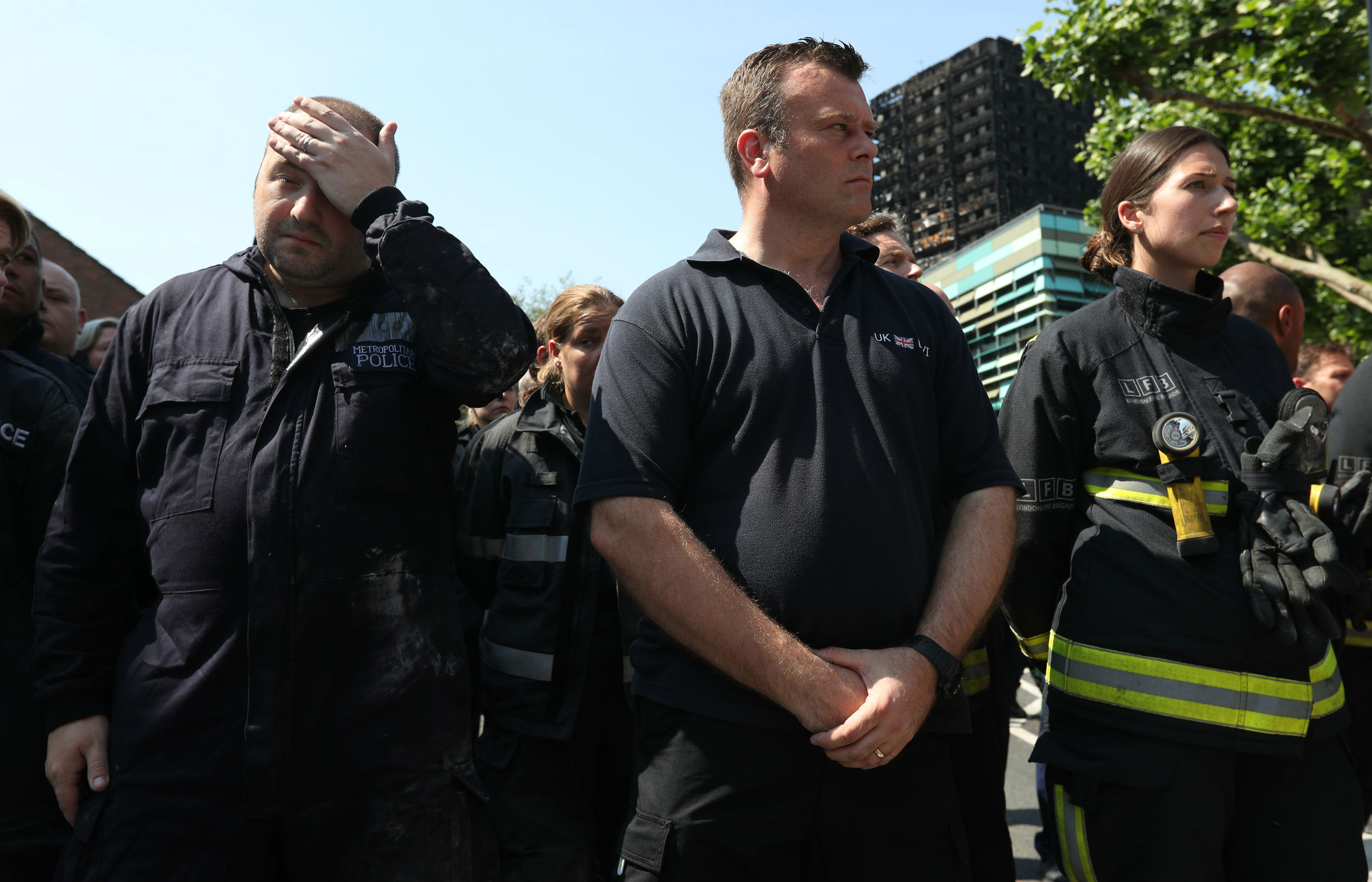 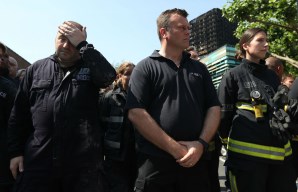 At noon on Saturday 17 June, three days after a fire swept through Grenfell Tower, Kensington, West London, leaving seventy-nine people dead or missing presumed dead,  Cardinal Vincent Nichols, Archbishop of Westminster, celebrated a Mass for all those affected by, or claimed by, the fire.

The church was full to overflowing with more than 300 people who had come to pay their respects, share their grief, and seek consolation. In the congregation were some who had escaped the fire, or had lost loved ones, or whose loved ones were missing.

In his homily Cardinal Nichols did not shirk recollection of the unimaginable horror of what happened in the early hours of Wednesday morning - children screaming from windows, flashing lights of their mobile phones, pleading desperately but in vain for help; families following the official advice to “stay put” and wait for a rescue that could not come; parents and children clambering over bodies down the single staircase and sometimes, terrifyingly, becoming separated - but he returned again and again to the central, vital importance of prayer at a time of such “overwhelming catastrophe”.

He began with a simple reference to the fact that "birds have the air, fishes have water, and we have prayer". The folksiness was deceptive, because he developed in his homily the radical but reliable notion that prayer is available to us as the very medium in which we have our being.

He referenced the “high point of all human prayer”, which he said occurs immediately after Christ on the Cross asks God, “Why have you forsaken me?” He felt no one could reach him, not even God, Cardinal Nichols pointed out. Then he “cried out with a loud voice” and died. He gave up his Spirit, and darkness covered the Earth. That cry, the cardinal said, was echoed in Grenfell Tower on Wednesday morning. He compared the abandoned cry of Christ to the terrified, abandoned cries of the men, women and children. God's answer to that cry was to raise Jesus, send the Holy Spirit, and promise us eternal life. The promise fell on us in our common humanity, covering all those who mourn, all those who perished, irrespective of differences of faith.

“No one is pretending there is recovery from such loss in this life,” the cardinal said, who is no stranger to grief in his own life. “There isn't.” But he charted a route to living with the burden shared. “God invites us to empty our hearts before him. When we do that we find our poise and know how to stand up.” He then explained the central importance of intercessory prayer. "Jesus taught us at the end of his life the most important lesson, the power of praying for each other." Jesus intercedes for us constantly, Cardinal Nichols said, and when we intercede on behalf of others, selflessly, we join our prayers to his.

"The eternal action of Jesus is to intercede with the Father and ask for his mercy on us so that he will touch our lives." Therefore, Cardinal Nichols said, "what we can do is intercede with Jesus on behalf of the broken, the lost, the devastated."

He was at pains to point out that this was not to diminish practical help, which was essential, whether it was from classmates who gave their toys to a girl who had lost everything, to the “compassion and generosity in the hearts of so many who had given so much”, from the community, schools and faith groups giving support to those left destitute, to the selfless heroism of the emergency services, who had saved so many, and many of whom were traumatised by what they had encountered when face to face with the plight of those inside the building.

Then quite deliberately, he asked for prayers for all those who bore the burden of responsibility - "councillors, MPs, the Prime Minister".

An hour or so later on that same afternoon, Theresa May met a delegation of victims and their representatives at No 10 Downing Street, where she acknowledged the inadequacy of the Government's and local authority's early response to the fire.

By this time she had become something of a hate figure, partly through emotions whipped up by hard-left groups such as the Socialist Workers' Party, but also through anger targeted at her by those residents and neighbours who had long complained long about the fire safety at the Tower - it was, by consensus, a “disaster waiting to happen”, but whose complaints had fallen on deaf ears.

Cardinal Nichols was not going to deny the appropriateness of anger in the face of so many failures. But he counselled clearly and boldly against unthinking anger. “Anger is energy,” he said, “and this  energy has to be directed in the right way. It must be a force for good, otherwise it will be a force for division.” Some want to see that, he said, but we must be clear and ensure that anger is used to fuel a “deep respect for each other and each other’s needs”.

After the distribution of communion, he returned once more to his theme of prayer. “In these precious moments,” he said, after receiving the Body of Christ, “let us pray that for all those who cried out and died, their cry is one with his, and they will be raised to new life with him”.

Silence fell on the congregation, with the attention of some turning to a pile of stones beneath a cross, to the left of the church, by the statue of St Pius X. These stones had been prayed over by the nuns of the enclosed Carmelite order whose monastery was next door. They represented their continuing participation in the Mass, and continuing prayers for the lost ones and those who had lost loved ones in Grenfell Tower. There were 24 large stones, representing the number of storeys in the building, and 120 smaller ones, representing the number of flats, the number of families.

The long silence was then broken in the most dramatic fashion. Cardinal Nichols, before declaring the Mass ended, invited applause for all those - emergency workers, and others - who were giving support of any kind. The sudden applause was thunderous as the preceding silence had been still.

PICTURE: Members of the emergency services observe a minute's silence near to Grenfell Tower (background) in west London today (19 June) after a fire engulfed the 24-storey building last Wednesday morning.