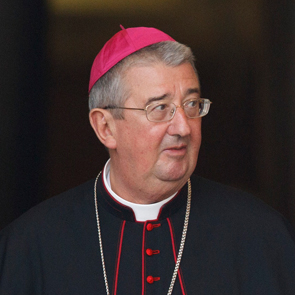 Top cardinal warns of opposition to Pope Francis within Curia

Cardinal Oscar Rodriguez Maradiaga, whom Pope Francis has tasked with overseeing reforms of the Church and the Vatican, warned that curial opposition to Pope Francis’ efforts to create a “new way of being church” is mounting.

Cardinal Rodriguez was addressing a meeting of Franciscan provincials on 8 April in St Petersburg, Florida, and a copy of his remarks was obtained by the US-based National Catholic Reporter.

“We have to be prepared, since this beautiful but strange popularity is beginning to strengthen adherences, but equally to awaken opposition not only in the old Curia, but in some who are sorry to lose privileges in treatment and in comforts,” the cardinal said. “Expressions like ‘What can it be that this little Argentine pretends?’ or the expression of a well-known cardinal who let slip the phrase, ‘We made a mistake,’ can be heard,” Cardinal Rodriguez Maradiaga said.

The Honduran archbishop, who chairs the Council of Cardinals (C8) that advises the Pope, said Francis “feels called to construct” a Church that is, among other things: “At the service of this world by being faithful to Christ and his Gospel; free from all mundane spirituality; free from the risk of being concerned about itself, of becoming middle-class, of closing in on self, of being a clerical Church; able to offer itself as an open space in which all can meet and recognise each other because there is space for dialogue, diversity and welcome in it.” Francis also wants a Church that pays “just attention and gives importance to women in both society and its own institutions”, the cardinal said.

The C8 is set to have its fourth, three-day, meeting early next week.