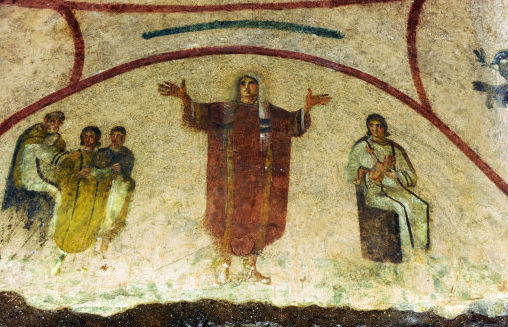 'Ordination' of a woman Catholic priest is not valid, says diocese in North Carolina

Francis appeals for rejection of violence 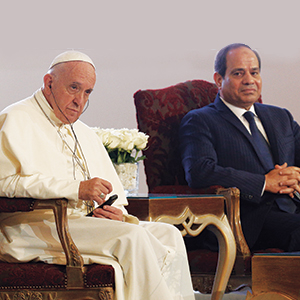 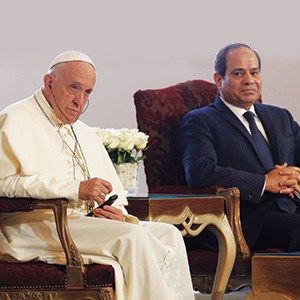 Pope Francis, on his two-day visit to Egypt last weekend, made an impassioned plea to the Muslim world to reject violence. Addressing the International Peace Conference taking place at the Al-Azhar conference centre in Cairo on Friday, he said religious leaders must denounce violations of human rights and expose attempts to justify violence and hatred in the name of God.

Speaking after a courtesy visit to President Abdel-Fattah el-Sisi, and after listening to an opening address by the Grand Imam of Al-Azhar, Sheikh Ahmed al-Tayeb, the Pope spoke of Egypt’s “inestimable cultural heritage”, saying such wisdom and open-mindedness is urgently needed today to ensure peace for present and future generations.

Francis said the only alternative to a culture of civilised encounter is “the incivility of conflict”. Recalling the visit of St Francis to the Sultan in Egypt eight centuries ago, he called for dialogue based on sincerity and the courage to accept differences.

Speaking of the covenant which God gave to Moses on Mount Sinai, the Pope said that religion cannot simply be relegated to the private sphere but, at the same time, religion must not be confused with the political sphere or tempted by worldly powers that seek to exploit it.

At the heart of the law given to Moses, the Pope continued, is the Commandment “Thou shalt not kill”. Violence, he stressed, “is the negation of every authentic religious expression” and religious leaders are called to “unmask” violence and selfishness masquerading as sanctity. Together, he insisted, “Let us affirm the incompatibility of violence and faith”, upholding instead “the sacredness of every human life”.

Al-Azhar has a long tradition of offering authoritative interpretations of the Qu’ran, although it is passages from the Islamic holy book that are being used by Islamic State’s Sunni ideologues to justify terrorism. Before Francis spoke, the Grand Imam called for religions to be liberated from “false concepts, misunderstandings, malpractices, and false religiosity attached to them”, stressing that an entire faith should not be held “accountable for the crimes of any small group of followers”.

“Islam is not a religion of terrorism because a group of followers ... manipulate Islamic texts and misinterpret them ignorantly,” he said. “We deeply appreciate your fair declaration in support of the truth and defence of Islam against the accusation of violence and terrorism.” In his speech, the Pope stressed that religion must be seen as “part of the solution” to conflict.

“Human beings cannot attempt to encounter one another in peace by eliminating God from the horizon,” Francis said. The problem occurs, he explained, when a fundamentalist form of faith develops that is used to justify violence while “demagogic forms of populism” and the arms trade were fuelling instability and conflict.