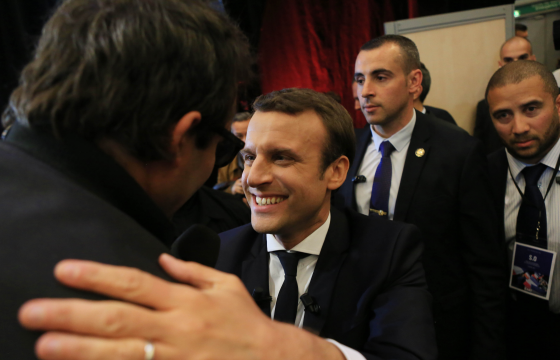 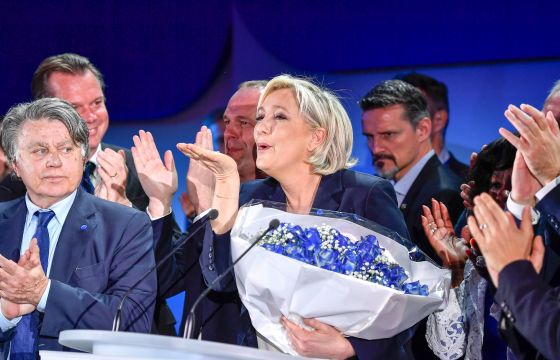 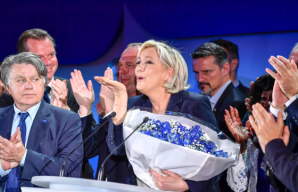 A few hours after the announcement of the winners of the first round of the French presidential election, the French bishops' conference published a reflection on voting in the final round. On Sunday, Emmanuel Macron, founder of En Marche!, a centre-left political movement, and Marine Le Pen, leader of the far-right National Front, won the first round. They will face off on 7 May, when voters will choose who will be president for the next five years.

As they have throughout the election campaign, the bishops did not endorse a candidate by name, but gave Catholics "elements for discernment." Mgr Olivier Ribadeau Dumas, conference general secretary and the bishops' spokesman, signed the statement, which said society must rely on "the search for common good" and "efficient solidarities".

"The state must integrate solidarity in ... society and concretely apply its preoccupation for the poor, the elderly, the disabled, the unemployed. To neglect the most fragile is to divide society," the statement said. It stressed the need to manage the tension between a "no-control liberalism" and the preservation of "social protection mechanisms." The statement also mentioned as important the welcoming of migrants and the need to have European peoples better adhere to the European project.

"Today, the main risk would be to renounce fighting for the future and to yield to fatalism," the bishops said. Le Pen has campaigned that she would restrict immigration and clamp down on migrants. She also has said she would try to renegotiate France's membership in the European Union. Even though Catholic voters have historically leaned toward the right, in the first round, Catholic votes were divided among many candidates. Bernard Bourdin, professor of political philosophy at the Catholic Institute of Paris, said there is no such thing as a "Catholic vote" in France.

Bourdin said he believes France is experiencing a decomposition of its political life, as more and more people have become disenchanted with their politicians. The French have traditionally been accustomed to alternating governments that lean left or right. Yet, the mainstream parties have become more and more alike. "We face a crisis of political orientation," said Bourdin. The lack of political differentiation leads many voters to consider more radical options, like Le Pen and Jean-Luc Melenchon, leader of France's radical left political movement.

French Catholics often struggle with their traditional political allegiances, as they do not always reflect their religious values. Such phenomena became obvious in 2013, as thousands of protesters took to the streets to object to the "Marriage-for-all" bill on same-sex marriage. This movement - Manif pour tous (Protest for all) - even led to the creation of "Sens Commun" (Common Sense), a conservative political movement.

"The Catholic vote has always leaned mainly toward the right. This pattern has never been truer than now. Especially on the center-right, although we can feel a swing toward an identity vote," said Bourdin. "Catholic voters have their importance and are thoroughly wooed by the politicians. Even more so given the fact that's they're not a monolith."

The presidential campaign was at the forefront of the spring assembly of the French bishops' conference in Lourdes at the end of March. Its president, Archbishop Georges Pontier of Marseille, opened this annual gathering with a speech about civic duties. Archbishop Pontier stressed the "necessity of fraternity" in a divided France. "We won't be able to rethink the future of our nation if we isolate ourselves from one another. Some people think that this (cultural isolation) is a good thing. But that's a lure," he told his fellow bishops March 28. His words were aimed at candidates who put the national identity and the fear of Islam at the forefront of their political platforms, with the economy and the relationship with Europe.

Emmanuel and wife, Brigitte Macron backstage in Paris after the result is announced

He also warned his fellow citizens of a growing acceptance and a trivialisation of abortion and eugenics. "The discoveries of science give us access to information that was overlooked until then. This should be used to develop better (medical) treatments, and not to promote a culture that longs for the perfect child, and in doing so, wishes to eliminate the embryos crippled by a handicap," said Archbishop Pontier.

Like many Christians in France, Bible scholar Anne Soupa did not wait for the bishops to take a position. In an op-ed letter she co-signed with other major public figures in France, she endorsed Macron and reminded everyone that the Christian vote is not owned by anyone, and "especially not by the identity factions." As a growing number of Catholics were considering voting for the candidates on the far right, Soupa felt compelled to proclaim her disdain of a "defensive counterculture" at work in some Catholic circles.

The promoters of that counterculture, said Soupa, claim to act in the name Catholicism, "of which they seem to have a diluted understanding: Instead of spreading the good news of the Gospel and trying to see the face of Christ in their brothers or sisters, they give the priority to identity or ethical issues and limit their Christian advocacy to these sole issues."

Her political statement did not go unnoticed: "If the Catholic vote is not owned by anyone, is it not odd that, in that very same paper, you invite us to vote for Marcon? We can be Catholic and still vote for Melenchon," said an internet user commenting on Soupa's declaration.

Like other French priests, Father Julien Dupont, rector of the Saint-Jacques des Hauts-de-Poitiers Parish, has to cope with the political fragmentation of Catholic voters. "My first duty is to make sure that the baptized don't shy away or disengage from these political issues; to invite them to discern, to vote and to remain politically mobilized," said the priest. "I also refrain from stigmatising any specific political movement, when I work with a given community," added Father Dupont, who also works as a school chaplain. However, he admits being quite wary of the political extremes.

"I invite my parishioners to respect one another, despite their political differences, for the sake of our church community," said Father Dupont. In an election campaign such as this one, the church must help everyone "discern so to act in conscience."

PICTURE- Marine Le Pen presidential candidate for the Front National, greets her supporters at a rally after the first round of French presidential election in the party's stronghold of Henin-Beaumont, in the Pas-De-Calais