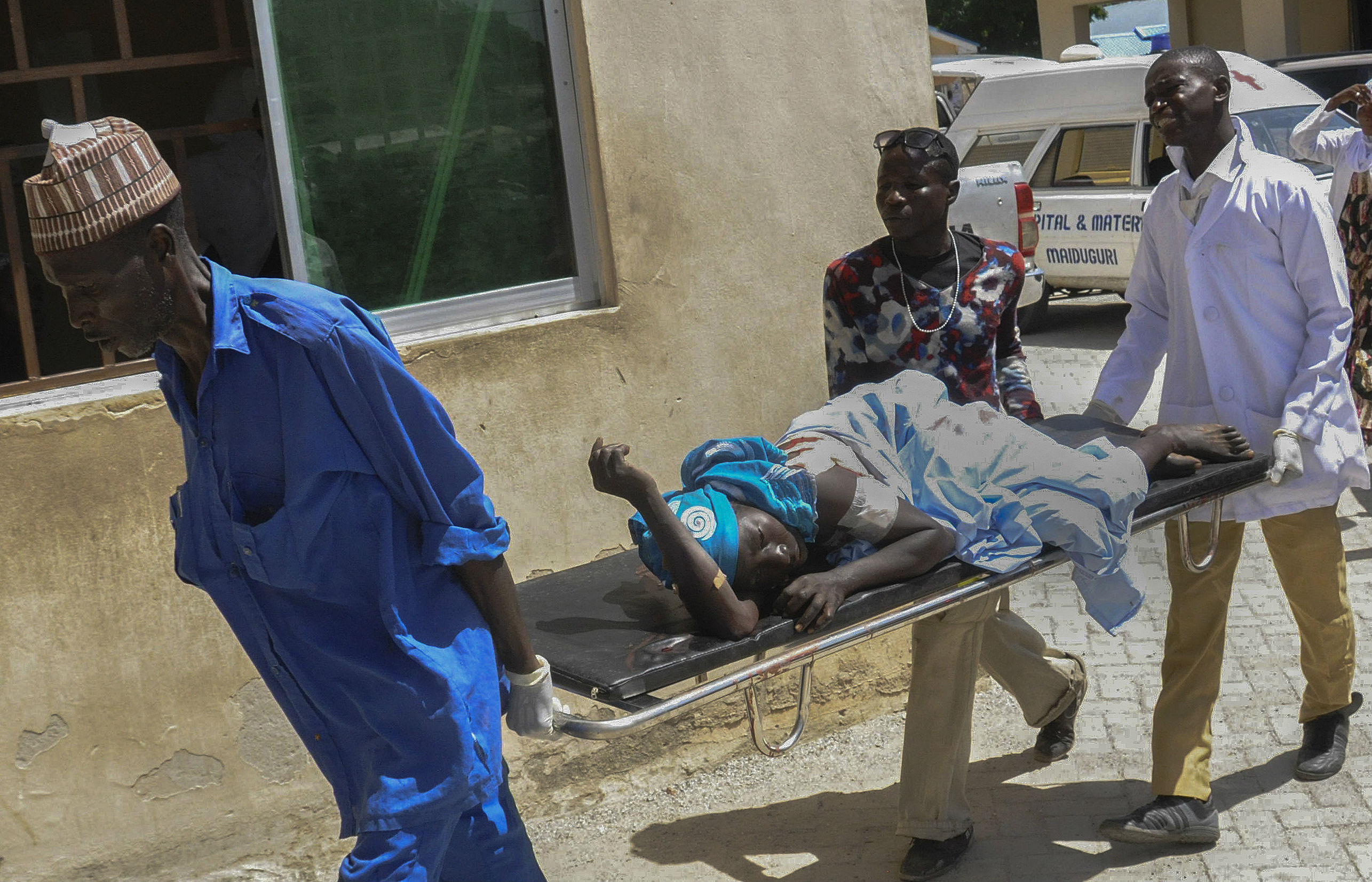 'Demonic' Boko Haram must be fought in the spiritual realm as well as the physical, says Nigerian Catholic bishop 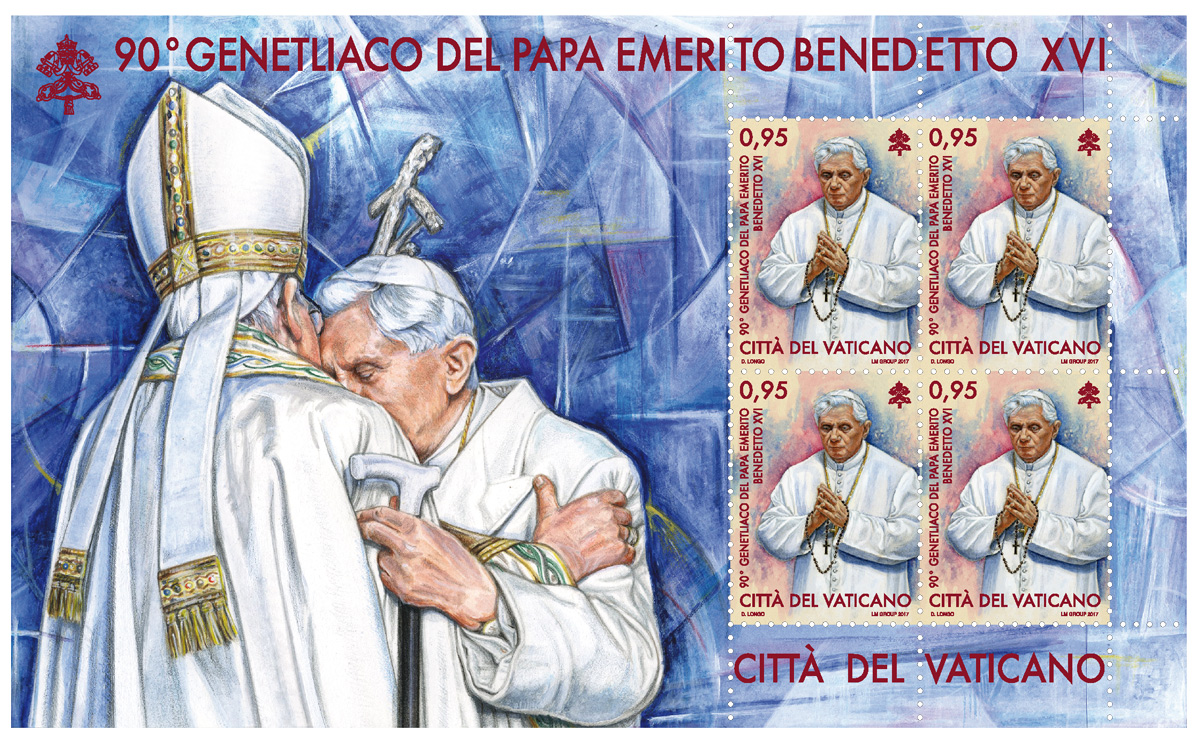 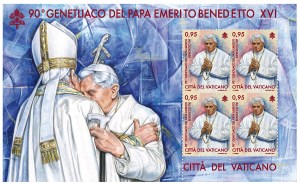 The Vatican stamp and coin office will release stamps marking retired Pope Benedict XVI's 90th birthday and featuring important events in the life of the church spanning almost 2,000 years, in early May.

The Philatelic and Numismatic Office said the stamp sheet celebrating Pope Benedict's 16 April birthday was designed to "offer our affectionate tribute to him."

Designed by the artist Daniela Longo, the sheet features a drawing of Pope Francis and Pope Benedict embracing, while the actual stamps show the retired pope praying his rosary.

Separate 95 euro-cent stamps will be released to mark the 1,950th anniversary of the martyrdoms in the year 67 of Sts. Peter and Paul, founders of the church in Rome.

Information announcing the stamps' release noted, "Peter was crucified upside down and Paul decapitated, a distinction reserved to Roman citizens."

The stamps feature close-ups of their faces and symbols associated with them. For St. Peter, a rooster as a reminder of his denying Jesus before it crowed twice, but also two keys recalling Jesus' words to St Peter, "I will give you the keys to the kingdom of heaven." For St Paul, the stamp shows the traditional symbols associated with him -- the book and the sword.

Another stamp, accompanied by a postcard, set for release on 4 May marks the 100th anniversary of the apparitions of Mary to the three shepherd children in Fatima on 13 May, 1917.

The stamp and postcard feature paintings by Stefano Morri of Mary, "clothed in white, radiating light, wearing a veil with a gold border covering her head and shoulders," which is how the children had described her. In front of Mary are the three children in prayer.