Order refuses to be ‘coerced’ on abuse payments

Number of Catholics in the world continues upward trend, thanks to Africa

African continent now boasts a 17.3 per cent share of the global Catholic population of 1.285 billion 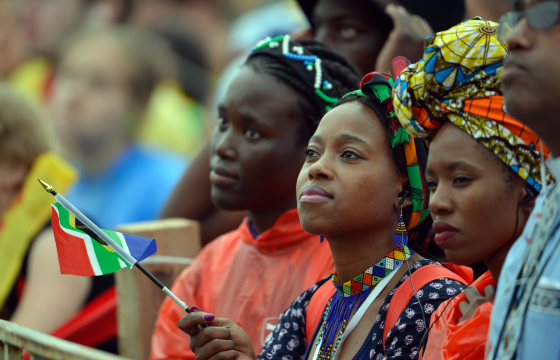 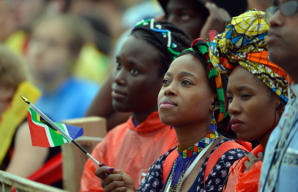 The number of baptised Catholics in the world grew to 1.285 billion an increase of 1 per cent year on year according to the Vatican's yearbook, the 2017 Annuario Pontifico published on Thursday.

The annual publication, which contains the most comprehensive snapshot of the Catholic church and includes: a list of every diocese and bishop in the world; all Roman Curia offices and their personnel; the diplomatic corps at the Holy See; the world’s religious orders; pontifical academies and universities.

The 2017 edition of the Vatican Statistical Yearbook reports that the countries with the most Catholics account for almost 56 per cent of the world's Catholic population. The top 10 Catholic populations are (in order): Brazil, Mexico, the Philippines, United States, Italy, France, Colombia, Spain, Congo and Argentina.

All statistics in the Annuario Pontifico are accurate up to 31 December, 2015. The global Catholic population increased by 7.4 per cent, the Vatican said, between the period between 2010 and 2015. Africa continued to be the continent with the largest percentage growth in Catholics, increasing by 19.4 per cent over the same five-year period. The increase in baptised Catholics in Africa outpaced the growth of the general population.

In Europe, the Americas and Asia, the number of Catholics roughly correlated with the growth or decline of the population of Europe as a whole over the five-year period, according to the Central Office for Church Statistics.

Of the world's 1.285 billion Catholics, it said, almost 49 per cent live in North or South America, including the Caribbean. Europe is home to 22.2 per cent of the global Catholic population; 17.3 per cent are in Africa; 11 per cent are in Asia; and just under 1 per cent are in Oceania and the South Pacific.

The numbers for bishops and permanent deacons were the only two of the above categories to experience growth from 2014 to 2015. Potentially stalling a trend of annual growth that began in 2000, the number of priests in the world dropped by 136 during 2015. The increased number of diocesan and religious-order priests in Africa could not make up for the strong drop in Europe, which lost 2,502 priests in one year.

However, over the five-year period (2010-2015) the number of diocesan priests in the Catholic Church rose, while the number of priests belonging to religious orders fell.

The impact on Catholics in the pew is obvious, the Vatican said. In 2010 there were an average of 2,900 Catholics for every Catholic priest in the world; in 2015, the ratio had climbed to 3,091 Catholics per priest.

As expected, the number of seminarians in the world, the office said, "touched a maximum in 2011" and has since experienced "a gradual contraction". "The only exception remains Africa, which for the moment does not seem to be touched by the vocations crisis and can be confirmed as the geographical area with the greatest potential," it said.

PICTURE: Pilgrims from South Africa during the World Youth Day 2016 Welcome Ceremony, in Krakow, Poland, when Pope Francis welcomed thousands of young pilgrims from all over the world